The streetwear community is abuzz with news that Nike has filed a lawsuit against art collective MSCHF relating to its ‘Satan Shoes’ collaboration with musician Lil Nas X. With trademark experts suggesting that the suit “will be a fun one to watch”, the PR damage caused by the provocative product left Nike’s attorneys will little choice but to take legal action.

Over the weekend, Lil Nas X announced a collaboration with MSCHF on a limited-edition product called ‘Satan Shoes’. The footwear item is a modified pair of Nike Air Max 97s that features a pentagram pendant and a Bible verse added as decoration, as well as an “air bubble sole containing 60 cubic centimeters (2.03 fluid ounces) of red ink and ‘one drop’ of human blood” (taken from a member of the MSCHF art collective). The product was limited to just 666 pairs and reportedly sold out in less than a minute on Sunday 28 March.

Unsurprisingly, the satanic-themed item has caused an outcry from various political and religious public figures. Pastor Mark Burns tweeted that the shoe “is evil and heresy and I pray that Christians rise up against this”. Meanwhile, South Dakota Governor Kristi Noem claimed that the product is a sign of a much larger problem in the United States: “Our kids are being told that this kind of product is, not only okay, it's ‘exclusive’. But do you know what's more exclusive? Their God-given eternal soul. We are in a fight for the soul of our nation. We need to fight hard. And we need to fight smart. We have to win.”

It is not just Lil Nas X and MSCHF to have been slammed over the provocative footwear – Nike has as well. This is despite an MSCHF spokesperson confirming to CNN that the sportswear giant was "not involved in this in any capacity". The @Nike Twitter tag was used thousands of times over the weekend, with many users pledging to boycott the brand due to the religious nature of the product. Republican political candidate Amber Krabach tweeted: “Dear Nike, this isn’t hard. When someone asks you if they can make ‘Satan Shoes’ under your brand… you say no.”

After the criticism went viral, Nike published a statement clarifying that it was not involved in the product. “We do not have a relationship with Little Nas X or MSCHF," a Nike spokesperson said. "Nike did not design or release these shoes and we do not endorse them."

Within hours of the statement, it emerged that Nike had filed a lawsuit against MSCHF at the US District Court for the Eastern District of New York. In it, Nike claims that the satanic-themed trainers “are not genuine Nike products” despite being produced using authentic Nike Air Max 97s. For that reason, the suit is for trademark infringement, dilution, false designation of origin and unfair competition. While Nike states that the product has “material alterations” that differ from the original product, the Satan Shoes “still prominently display the Nike Swoosh logo both at the top of the tongue and along the side of the shoes”. Interestingly, though, collaborator Lil Nas X is not named as a defendant.

A key aspect of the lawsuit is the angry backlash that occurred in the days prior – and the damage that this has caused to the Nike brand. “In the short time since the announcement of the Satan Shoes, Nike has suffered significant harm to its goodwill, including among consumers who believe that Nike is endorsing satanism,” the suit claims, with dozens of social media screenshots added as examples. “MSCHF is deceiving consumers into believing that Nike manufactures or approves of the Satan Shoes, and consumers’ belief that the Satan Shoes are genuine Nike products is causing consumers to never want to purchase any Nike products in the future.”

To that end, Nike is seeking injunctive relief, destruction of the shoes, an order affirming its trademark rights, costs and various kinds of damages. Analysing the suit, University of New Hampshire law professor Alexandra J Roberts says: “I think this is going to be a fun one to watch, with broad implications, and isn't a slam dunk for either party.”

The news of the lawsuit has sparked yet more social media buzz, with fashion fans clearly torn on the merits of filing the case. Some users pointed out that Nike did not file suit against MSCHF’s 2019 product, ‘Jesus Shoes’, which consisted of a modified pair of Nike Air Max 97s containing water from the River Jordan. Although both are ostensibly modified versions of authentic Nike trainers, the key difference, many responded, was the satanic theme and use of human blood. “Bro, there is literally human blood in it... which company on earth wants to be associated with this?” one user asked.

Indeed, it appears that Nike’s lawsuit is primarily an attempt to respond to the significant backlash from being associated with the Satan Shoes. With MSCHF doing relatively little to make clear that Nike was not involved (the Nike brand name and logo are displayed prominently on the Satan Shoes official website and marketing tweet), Nike’s attorneys had virtually no choice but to seek legal action. However, with MSCHF clearly looking to stoke controversy (and having a clear fascination with subverting major brand logos, as seen in its McDonald’s-inspired Twitter profile image), the art collective may relish going head-to-head with such a major company. 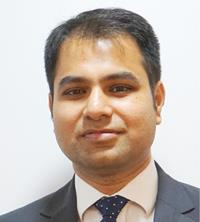