Every Tuesday and Friday World Trademark Review presents a round-up of news, developments and insights from across the trademark sphere. In today’s edition, we look at the USTR reviewing Thailand’s IP status, Canada getting closer to introducing plain packaging, a luxurious approach to gTLD pricing and a scramble for the Amiga trademark. Coverage this time from Trevor Little (TL), Tim Lince (TJL), Adam Houldsworth (AH) and Timothy Au (TA).

USTR to review Thailand’s IP status after signs of improvement – The Office of the US Trade Representative has announced an Out-of-Cycle Review of Thailand’s IP policies as a result of the progress it has made on IP issues, including on trademarks and enforcement. The USTR had placed Thailand on its ‘Priority Watch List’ in its 2017 Special 301 Report, which identifies the countries that are regarded as posing the most significant obstacles to US rights holders. However, it will now consider removing the country from the list, noting that Thailand has improved its enforcement practices against pirated and counterfeit goods, taken steps to address its backlog of IP applications and recently acceded to the Madrid Protocol, making it easier for US entities to file trademarks. Though the Special 301 Report has been criticised in the past, this is no doubt positive news for Thailand in terms of perception in the international IP arena. (TA)

Baker faces rebrand hurdle – It appears IP law firm Baker McKenzie is having problems securing its own intellectual property, with Law360 reporting on its ongoing issues at the USPTO. It seems the firm filed a trademark for its new logo, but the USPTO refused to approve it, with the examiner finding it confusingly similar to that of Mackenzie Ventures, a New Hampshire based holding company in the commercial retail sector. In its response to the TTAB, Baker McKenzie unsurprisingly “respectfully” disagrees, claiming there is no likelihood of confusion and that both companies have sophisticated purchasers who would not confuse the two. And last Friday, it appears the firm’s response may have persuaded the TTAB, with the application now approved for publication. It shows, once again, that even IP firms face unexpected obstacles when seeking to protect their own intellectual property. (TL)

A luxurious approach to gTLD pricing: the L’Oreal model – Over on Domain Incite, Kevin Murphy has analysed registrations in the ‘.makeup. GTLD. Registrations in the string, operated by L’Oreal (and originally intended as a closed generic), come with a hefty $5,500+ price tag (which Murphy observes was designed to dampen take-up). To date, he notes, there are defensive registrations by companies not connected to the make-up industry, such as BMW, as well as those by the likes of Christian Dior and Estee Lauder. However, many of the registrations – which appear to be registered by L’Oreal - relate to the names or nicknames of social media influencers in the make-up world which have previously promoted the company’s products. The analysis – which is well worth a read – provides insight into how L’Oreal is approaching use of a TLD it had previously intended to be closed. Murphy muses: “This is what a wannabe closed generic can look like, it seems — the registry pricing its customers out of the market then registering their names on their behalf anyway.” (TL)

Foster agency rebuffs £9,000 domain name ‘ransom’ – A UK foster agency that failed to renew its domain name claims it is being held at random by the new owner, who has offered to return the domain for £9,000. The foster agency’s founder has called the act “absolutely despicable” and has subsequently filed a UDRP. Interestingly, the agency may not have received a renewal notification because the email address used by the registrant was associated with a domain that they lost access to. Therefore, renewal notification emails would not have been delivered. As noted by DomainGang, the lesson here for domain name holders is to register domains with an email address they have complete control over. (TA)

Sluggish growth in domain registrations continues – The number of registered domain names continued to grow in the second quarter of 2017, but not by much. That is the takeaway from the most recent Domain Name Industry Brief by Verisign, which puts the total number of registered names by the end of June at 331.9 million - an increase of 1.3 million (0.4% sequentially) over the previous three months. As with the first quarter of 2017 - which saw a similar growth of 1.3 million names - the rate of increase was significantly lower than those experienced in 2016 and 2015. Most of the new names between April and June were ‘.com’ and ‘.net’ domains, while ‘.xyz’ registrations dropped out of the top 10. (AH)

Tracking down the Kodi applicant – On last week’s roundup, we reported on media software company Kodi’s statement regarding its fight against so-called trademark trolls. In it, the Kodi Team called out one particular person, Geoff Gavora, who attained the KODI trademark in his home country of Canada and, it is claimed, has used it to get companies delisted on Amazon to his commercial advantage. In the days since, TorrentFreak delved deeper into Gavora’s actions before and after he attained the KODI trademark. In a feature-length piece, the article confirmed that the Canadian’s Kodi-related business “involves the promotion and distribution of addons that are banned by Kodi itself for supplying infringing content” – but also discovered other facts about his character, including that he “studied gemology and jewelry at school” and is a long-standing member of a jewelry discussion forum. The piece will be a difficult read for Kodi representatives, however, as it concludes that the company face a situation of “clawing back” rights in Canada if it wants any chance to stop Gavora’s activities. This is sure to be a situation with further developments in the future. (TJL)

Everybody wants a piece of Amiga – There have been various articles on websites dedicated to vintage gaming in recent weeks about a worldwide scramble for the trademark rights to Amiga, the classic 1980s video game brand. Blog Vintage Is The New Old claims that “Everybody is after the ‘Amiga’ trademark” following a slew of filings and oppositions in North America and Europe, with forum Amiga-News tracking down disputes around the world. This activity was spurred on, the reports claim, after the original Amiga trademark registration expired. Despite many parties seeing value in an AMIGA trademark, others are less sure, with one site stating: “Although I understand the motivation to get the trademark, it doesn’t seem to me really valuable. The ideal scenario would be the ‘Amiga’ name and its variations being public domain by now.” But, of course, there is value in disused brands that are still recognisable today, as we looked at in WTR 63. (TJL)

Buchanan Ingersoll & Rooney snags Fedowitz – Matthew Fedowitz has become a shareholder at Buchanan Ingersoll & Rooney. A life sciences specialist, equally proficient in prosecution and litigation, he joins the intellectual property team in Alexandria, Virginia. His career to date includes stints at Merchant & Gould and as an examiner at the US Patent and Trademark Office. (AH)

Shankar Iyer makes the move to Compass Lexecon – FTI Consulting subsidiary Compass Lexecon is to welcome Shankar Iyer as an executive vice president. Formerly the head of IP at Cornerstone Research, Iyer will continue to concentrate his efforts on the economics of complex IP and unfair competition disputes from his bases in New York and Washington DC. (AH)

Another day, another trademark scam to watch out for – Over on the ipelton blog, Erik M Pelton of Erik M Pelton Associates has posted a warning related to yet another trademark solicitation scam. Received by a client shortly after a Madrid Protocol filing was made, the ‘IP Direct’ invoice, related to ‘Registration of the International Trademark’, asks for a ‘filing fee’ of $2,356. And for what? Pelton exclaims: “The offer is for listing in a directory. A private directory. A worthless directory. They don’t even provide details on the directory or what is in it or how it is accessed.” The prevalence of such campaigns led to a recent USPTO and Trademark Public Advisory Committee roundtable to strategise on how to tackle fraudulent solicitations (a report of the proceedings can be found here). The office also communicates with the EUIPO and the Japan Patent Office on the issue, in a bid to formulate an international approach to combatting the problem. Action is clearly needed – otherwise the depressing appearance of new scams will continue unabated. (TL) 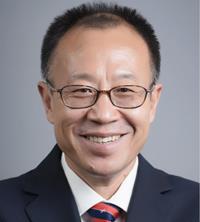