Three recent cases look set to shake up trademark practice in Russia and could well have an impact for years to come – especially when it comes to parallel imports and the territorial principles of trademark protection.

The latest market needs contribute to the developments in trademark practice. Often, the practice adheres to the approach applied in the past, but sometimes the courts can be seen to be taking a more up-to-date stance.

This article discusses three recent cases to be kept in mind as notable precedents from both practical and theoretical standpoints.

For many years, parallel imports were prohibited in Russia. In most cases, the rights holder could successfully take court action to stop and destroy the consignment of parallel import goods. However, parallel importers persisted, trying to apply every possible trick to influence proceedings in their favour. Sometimes importers were successful, but the general ban on parallel imports and court practice did not change substantially.

In February 2018 the Constitutional Court delivered a practical lesson to parties involved in parallel import disputes. The case began as any other but matured into a notable precedent. The importer bought thermosensitive paper marked with the SONY trademark in Poland and declared it at Russian Customs. Sony Corporation – the trademark owner – launched civil actions with the court and claimed an injunction against the use of the mark, petitioning that the consignment be destroyed and requesting statutory compensation (A21-7328/2014).

In all instances, including before the IP Court, the claims were satisfied and statutory compensation was awarded. The Supreme Court did not find the case appropriate for reconsideration, since no substantial violation of the law was established. However, the importer did not give up and complained to the Constitutional Court that the provisions of the Civil Code authorising destruction of the original goods and awarding high amounts of compensation for the import of original goods were inconsistent with constitutional principles.

The court admitted the case for consideration and after comprehensive study provided new guidance to apply in parallel import disputes. It reached a signficant conclusion; the import of parallel goods is prohibited. However, it pointed out that the liabilities and remedies for the import of counterfeit and parallel import goods should be different. Counterfeit goods violate public order and can be dangerous to consumers, while the sale of parallel import goods causes difficulties for the trademark owner but is unlikely to harm consumers since those goods are original and are produced by or under the control of the trademark owner.

Consequently, the court ruled that the destruction of the parallel import goods should no longer be allowed (unless the goods are dangerous to health and safety and may affect nature and cultural values). It also stated that statutory compensation should be much less than that for the counterfeit goods, because parallel import goods are produced and sold by the trademark owner.

Contrary to the historical approach, whereby the key circumstances included permission for the import from the trademark owner and origin of the goods, the courts must now study a number of additional circumstances demonstrating the trademark owner’s good faith. Such circumstances could include the limitation of import of certain goods and setting higher prices in comparison with other countries. Consequently, the claims could be dismissed if abusive behaviour is established by the court. However, this does not mean that actions of the parallel importers should be exempt from the same study.

After the constitutional resolution the SONY case was handed back to the first-instance court, which reiterated its order to destroy the goods but awarded the minimum amount of statutory compensation only, on the grounds that the goods at issue were original SONY products. Original goods cannot be subject to destruction unless they have the potential to harm consumers. On this occasion the decision to order the goods’ destruction was made because the products’ shelf life had expired. The case is pending at the time of writing since the importer filed an appeal, which will be heard in December 2018.

As a result, the Constitutional Court has ruled that disputable rules of the Civil Code do not contradict the Constitution and has affirmed that parallel imports in Russia are prohibited. It has also warned that claims should be estimated in accordance with the guidance described above.

The IP Court of Russia has demonstrated an uncommon legal opinion on the territorial protection of trademarks and the nature of counterfeit goods. The dispute was based on the fact that there were two similar trademarks in different jurisdictions owned by different companies.

Customs conducted an administrative investigation and filed a report with the court. The first-instance court and the court of appeals found the goods to be counterfeit and ruled to have them confiscated and destroyed (А43-10065/2016). However, the importer appealed to the IP Court. The IP Court clarified that the TRISOLEN mark was legally placed on the goods by the other trademark owner in Germany and therefore the goods should not be considered counterfeit.

The court was guided by  federal law, which prescribes that goods are counterfeit if illegally trademarked. Thus, in this dispute, the court pointed out that the goods were not counterfeit because they were legally trademarked by the German trademark owner – even though another company, which claimed to enforce its rights, owned a similar trademark in Russia.

In other words, the IP Court exempted the importer from administrative responsibility for using the Russian trademark, because it treated the dispute as use of a similar trademark protected in Germany and owned by a different company. Further, the IP Court cancelled the judgments of the lower courts and sent the case back to the first-instance court for new consideration.

It seems that the guidance given by the IP Court in this case contradicts the territorial principle of trademark protection. The way out from the binding force of this case law could be the fact that the judgment was made with regard to administrative responsibility and thus the approach should not affect the enforcement of the trademark rights in the course of civil actions.

Bad faith was adopted as a legal bar to enforce IP rights a long time ago. The principle of good faith has been recognised by the Paris Convention for Protection of Industrial Property and Russian statute laws the Civil Code and the Law on Unfair Competition. However, this legal concept has not always been applied in the past. Fortunately, the practice has changed and the courts have become more enthusiastic in implementing the principle of abuse of rights.

Nowadays, abuse of rights is often at the top of legal counter-remedies against a claimant’s unfair behaviour. The courts study all circumstances and facts surrounding the case to ensure that the enforcement of trademark rights does not lead to abuse of the exclusive rights to the trademark.

One example of how helpful this principle could be is a court action initiated by the owner of the NITRO mark and dismissed by the court. Russian company AutoVita LLC (the claimant) found that AlphaEnergy LLC (the defendant) was trading in batteries for cars and motorbikes marked with a designation similar to the trademark NITRO owned by AutoVita. To terminate the distribution of the batteries, AutoVita launched a court action and claimed a permanent injunction and statutory compensation for the illegal use of the trademark.

Initially, it seemed that the claims would be satisfied because the designation on the batteries and the trademark were confusingly similar and the defendant had no authorisation from the claimant to use the mark.

However, it later became clear that the claimant had acted in bad faith and abused his exclusive right to the trademark. In particular, the court found that years before the national registration of the NITRO mark in the name of the claimant, the batteries were sold on the Russian market under the similar trademark. Motopiter LLC, which had supplied the batteries in the past and supplied the batteries to the defendant on this occasion, was involved as a third party to litigation without its own legal claims.

Moreover, it was established that the batteries supplied by Motopiter were produced and trademarked by Belgium company DC - AFAM NV, which owned the prior international trademark registration for NITRO, which was not protected in Russia.

Considering these circumstances, the court held that the claims were an attempt to receive groundless profit and advantages, and to prohibit the use of the similar designations alongside the lack of use of the trademark. Therefore, they should constitute abuse of rights and be dismissed. The claimant appealed the refusal, but the Court of Appeals explicitly upheld the judgment. 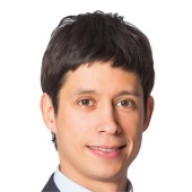 Sergey Vasiliev holds a law diploma and a PhD from the Lomonosov Moscow State University. He has been working on IP issues since 2004. Mr Vasiliev started his legal practice dealing mostly with copyright matters in the film industry. He joined Gorodissky & Partners in 2007 and now deals with all kinds of IP and IT assets.

Mr Vasiliev represents clients before courts, administrative and law enforcement bodies and participates in judicial and non-judicial actions. He advises clients on non-contentious and contentious use of intellectual property and information technology, unfair competition and false advertising, parallel imports and anti-counterfeiting, licensing, franchising and due diligence. He represents clients before the commercial courts, courts of general jurisdiction and the IP court, as well as administrative and law enforcement bodies. Projects handled by Mr Vasiliev include successful representation of major companies in patent and trademark infringement cases, copyright issues and legal support of the Russian companies in different IP issues.

Mr Vasiliev delivers speeches, regularly takes part in seminars and conferences, and is an author of a number of publications in Russia and around the world. He is also a member of the Licensing Executives Society International.