Every Tuesday and Friday World Trademark Review presents a round-up of news, developments and insights from across the trademark sphere. In today’s edition, we look at the trademark dispute between the Escobar family and Netflix, a lawsuit between two Fish IP firms, Gene Simmons’ pledge to trademark oxygen and the significant proportion of new gTLDs that have seen a drop in registrations in the past 12 months. Coverage this time from Trevor Little (TL), Tim Lince (TJL), Adam Houldsworth (AH) and Timothy Au (TA).

Escobar family dispute with Netflix escalates – Netflix is embroiled in a trademark dispute with the brother of Pablo Escobar, regarding the streaming service’s hit series Narcos which dramatises the life of the infamous drug baron. Having filed use-based claims for trademarks such as NARCOS and CARTEL with the USPTO, 71-year-old Roberto De Jesus Escobar Gavria claims that Netflix has infringed his rights, promising to “close their little show” if it refuses to pay $1 billion to his company Escobar Inc. Following the recent murder of a Narcos location scout in Mexico, he told the Hollywood Reporter that he didn’t want the show to be filmed in Colombia without his permission, which “is very dangerous. Especially without our blessing.” He added that the show should consider hiring hitmen as security for its film crew. Praised this week for sending a good-humoured cease-and-desist letter to an infringing Chicago pop-up bar, the entertainment company has had to take a sterner approach in this case. In a letter to Escobar, it dismisses his use claims as “fraudulent”. (AH)

Ricall liquidation brings IP rights onto the market – Ricall’s catalogue of intellectual property is due to be sold off following the music licensing platform’s fall into liquidation. The company was celebrated for its user-friendly e-commerce software, which is likely to be among its most sought-after intangible assets. Having worked with a range of well-known media organisations, though, it also enjoys enviable brand recognition which could make its trademarks attractive to music industry enterprises. Metis Partners is handling the sale. (AH)

Fishticuffs between IP firms – Fish IP Law, a California-based boutique founded by Robert Fish, has filed suit against global IP and litigation firm Fish & Richardson after the latter sent a cease-and-desist letter regarding the use of the FISH name and logo. The boutique rebranded itself as Fish IP Law earlier this year (previously operating under the name Fish & Tsang), which prompted Fish & Richardson to take action. The letter demanded Robert Fish “immediately revise” his firm’s name, and had suggested this could be done by “adding another distinctive term or [his] full name”, “removing the reference to IP LAW” and using “a font, stylization, and colour scheme that is distinctly different”. A Fish & Richardson spokesperson has subsequently said the firm is “disappointed that Robert Fish has indicated an intent to pursue litigation”. (TA)

Speculation rife amid Huawei, SpaceX and Toyota filings – New trademark filings often fuel speculation about product releases, especially from big brands, and the latest batch of applications from Huawei, SpaceX and Toyota are no exception. The US registration of ‘Huawei Pay’ suggests the Chinese tech giant’s mobile payment service may be coming to the United States; ‘Starlink’ is speculated to be the moniker SpaceX will assign to its satellite broadband network; and Toyota’s ‘Celica’ mark may indicate the rebirth of one of its sports cars. Although trademark filings may inadvertently dampen the reveal of new products, there are steps brand owners can take to cover their tracks. (TA)

Decline in UK smoking attributed to plain packaging – Research from University College London has shown smoking rates in Kent and Medway have decreased by 5% since 2012, with 65% of Kent smokers who attended drop-in clinics being able to quit. The decline in smoking has been accredited to plain packaging (introduced in the UK in May 2016), the rise of e-cigarettes and stricter restrictions. This news arrives just as Canada prepares to pass new rules on plain packaging for tobacco products, and will intensify the debate over the effectiveness of such legislation. (TA)

Spanish Police raid offices of ‘.cat’ registry – In the last week, Spanish Guardia Civil officers have raided numerous Catalan offices, including those of Fundació puntCAT, the registry for the ‘.cat’ gTLD; the registry’s director of innovation and information systems, Pep Masoliver, was also arrested. This comes just days after the national government demanded puntCAT close all domains related to the upcoming referendum on independence for Catalonia. The registry had already alerted ICANN of the “unprecedented and absolute scope of this blocking request”, but following Masoliver’s arrest, puntCat has begun a social media campaign calling for his release and issued a statement that expresses its “utmost condemnation, indignation and reprobation” of the government’s actions. It has vowed to continue working for “[its] foundational objectives as well as for the defence of freedom of expression on the Internet”. For all current and would-be registry operators, this is a story to follow.  (TA)

Many gTLDs getting smaller, registry figures reveal – As many as four out of ten commercial gTLDs have suffered falls in the number of domains under their management, analysis by Domain Incite suggests. A total of 172 out of 435 gTLDs studied by the site shrunk in the twelve months preceding June 2017, with registries such as Famous Four Media, Uniregistry and Afilias hit the hardest. This comes to light in the same week that the WTR round-up reported findings by Verisign that the rate of domain name growth was lower in the first two quarters of 2017 than in previous years. As such, evidence of a domain name slow-down seems to be mounting. (AH)

Tangible effect of cybersquatting – Consumer credit reporting company Equifax is going through a very public reputational challenge after the news that hackers broke into its servers and stole 143 million people’s personal data came to light. Evidencing the very real challenge posed by cybersquatting, its headache worsened after it was revealed the company had directed impacted users to ‘securityequifax2017.com’ rather than the legitimate verification website ‘equifaxsecurity2017.com’,  While the alternate URL was not malicious, it was registered by a developer who made a “fake phishing site” in the hopes of teaching Equifax a lesson. But as The Verge noted, it was an incident that could have had more dire consequences: “Although the misspelled link likely wasn't intentional on Equifax's part, it demonstrates just how easy it is for attackers to trick consumers — even the company's own support team was fooled.” As we’ve written about in the past, during crisis situations every slight misstep will be in the spotlight and widely reported – and this is an example of how cybersquatting can be one of them, and the key role trademark counsel play during such times. (TJL)

Simmons doubles down – Kiss bassist Gene Simmons is never one to shy away from bombast, and his attempt to attain registered trademark protection for the ‘devil horns’ hand-gesture is no exception. Indeed, as we reported in June, it was perceived to be simply a “publicity stunt”. The ongoing coverage of it, months after the mark was withdrawn, suggests it was successful in that effort. This week, Simmons doubled down on the move, claiming he had “no regrets” on filing the application. “You can’t please everybody. Not everybody likes Jesus, either,” he told Canada's Metro. “Instead of worrying what people think, I just go my merry way and do whatever I want to do. If I could, I would trademark the air you breathe. Every breath. Yes, I would.” The suggestion is, of course, ridiculous – but with smells now offered protection as non-traditional trademarks, maybe Simmons is offering a more nuanced statement on the scope of trademarks in the modern age… (TJL)

Straits Times considers ASEAN model for IP cooperation - Singaporean broadsheet The Straits Times has published an opinion piece about international IP cooperation. Its authors argue that the ASEAN approach blends “non-interference and mutual respect for national sovereignty to pursue diverse priorities” with “a desire to move forward together in a cooperative manner”. They also reflect on the sharing of IP expertise, joint planning within the ASEAN members, and broader legal cooperation within the organisation. It’s worth a read, especially in the context of Brexit (with the authors noting that “fractious ties between nations are not conducive to the effective development and enforcement of intellectual property laws”). (AH)

Jon Snow’s trademark joy – World Trademark Review attended the Marques Annual Meeting this week, and it provided three days of thought-provoking sessions and conversations. One highlight for attendees was the session on “censored trademarks”, which took a country-by-country look at how national offices deal with marks which are deemed scandalous, disparaging, or contrary to principles of morality or public policy. Each speaker wore a black ‘Parental Advisory’ t-shirt and earplugs were available for attendees should they be offended by any of the terms mentioned in the session (many of which couldn’t be repeated here without being flagged by Google’s language filter). There was also a survey asking attendees whether censorship should remain part of the trademark system (through absolute grounds of refusal), with 62.2% saying it should not be abolished. Speaker Francine Tan, from Francine Tan Law Corporation in Singapore, opened her censorship roundup in Asian jurisdictions by noting that, “Jon Snow from Game of Thrones will be happy to know that BASTARD is not registrable in Singapore”. Indeed, it certainly made us consider whether Westeros has a functioning trademark system, and whether each of the Seven Kingdoms has an IP office or (as the entire continent is commanded by a single ruler on the Iron Throne in King’s Landing) some sort of continent-wide arrangement is set-up. Unusually, this detail has not been mentioned in the books or on the HBO series (yet...). (TJL)

Another year, another opportunity for corporate recognition – World Trademark Review is once again inviting nominations for our annual research project to identify the world’s leading corporate trademark counsel and teams. Take a few minutes to nominate now to ensure that the important work undertaken by in-house professionals across the globe receives the recognition it deserves. Nominations will be used as the first step towards the WTR Industry Awards 2018 shortlist, as well as for consideration to be part of the second edition of the WTR 300. The nominations period is open until December 8 2017. (TL) 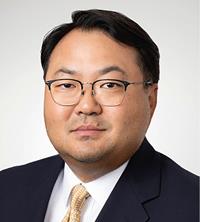