Every Tuesday and Friday, World Trademark Review presents a round-up of news, developments and insights from across the trademark sphere. In our latest edition, we look at the election of a new president at CITMA, how HP is stepping up its anti-counterfeiting outreach, Sri Lanka’s plans to ban colour on cigarette branding and a decision on ownership of the BLACK FRIDAY mark. Coverage this time from Trevor Little (TL), Tim Lince (TJL), Adam Houldsworth (AH) and Timothy Au (TA).

German trademark office rules ‘Black Friday’ free for all to use – Black Friday, the informal name given to the day after Thanksgiving - which has become associated with special deals and sales promotions - has established itself as a shopping extravaganza across the globe. As such, it shouldn’t come as a surprise that some have tried to capitalise on the name through trademarks. In 2016, Black Friday GmbH acquired the German trademark registration for the term from a Hong Kong based company, Super Union Holding, and began to aggressively commercialise the term by sending local retailers cease-and-desist letters and licensing propositions to users. However, the German trademark office has now ruled that the term ‘Black Friday’ lacks distinctiveness and is not suitable for identifying commercial origin, ending the monopoly over the mark. It would not come as a surprise if the decision is appealed. Should Super Union do so, it could potentially have far-reaching implications for the German retail market if a decision isn’t reached before the next Black Friday in November. (TA)

Krispy Kreme accused of trademark infringement – Oh My Glaze, a street food store in the UK, has claimed that Krispy Kreme’s new advertising campaign is infringing on its name,  reports the Manchester Evening News. Scott Graham, the founder of the street food store, registered the trademark ‘Oh My Glaze’ in 2015, but discovered that Krispy Kreme had begun using the same phrase in advertisements for a chocolate-glazed doughnut. Graham stated: “[P]eople I’ve spoken to think it’s a blatant rip-off.” He also added that he could not afford to challenge the doughnut company in court, but that he has contacted the company to request it stop using the phrase in their marketing campaign. Krispy Kreme has not yet provided a reaction to the news outlet. (TA)

HP hosts anti-counterfeiting event in Saudi Arabia – Technology giant HP has hosted an event in Saudi Arabia to raise awareness of counterfeit and fraudulent activity, according to local media. According to HP, around 13 million counterfeits have been seized by Saudi authorities in the past five years, while the company has itself conducted over 5,300 audits and inspections of partners’ stocks or suspicious deliveries for customers across that time period. The event, then, sought to raise awareness on the findings of these checks. “Taking action against the growing issue of counterfeiting in the Middle East is of huge importance to HP,” stated Narayanan Venkataraman, managing director of HP Saudi Arabia. “We are continuing to focus on the protection of customers through our Anti Counterfeiting and Fraud Programme, and the number of seizures in the Middle East is continuing to rise; we are working closely with our partners in the region to combat this growing issue through Channel Partner Protection Audits and Customer Delivery Inspections.” The move is a positive one, and demonstrates the public awareness events that private companies can host in the fight against fakes. (TJL)

Counterfeit booze killed 100 Indonesians in the past month - The consumption of fake liquor has been responsible for the deaths of over 100 people in Indonesia in the last month alone, it has been reported. Data released by the Center for Indonesian Policy Studies evidences a steep increase in fatalities from counterfeits beverages, from 149 between 2008 and 2012, to 487 in the period 2013-2016. The fatalities over the past month represents a significant spike and serves as a reminder that counterfeit trade does not merely have negative commercial effects, but can also have terrible public safety ramifications too. (AH)

Sri Lanka to ban colour on cigarette branding  – This week the Sri Lankan health minister, Rajitha Senaratne, confirmed plans for further restrictions on tobacco product branding. Currently, cigarette packs in Sri Lanka consist of 80% pictorial health warnings and 20% branding. Going forward, though, the Sri Lankan government has approved a proposal to use only black and white on the 20% branding area of cigarette packaging. Furthermore, only the brand name product name and the number of cigarettes can be printed in that area. The move makes Sri Lanka, in all but name, a further country that has implemented plain packaging on tobacco products. It appears, then, that the dominos are truly tumbling. (TJL)

Nepal launches collective tea trademark – A collective trademark was launched this week for Nepali orthodox tea to “help promote the commodity in the international market”. According to local media, the Nepal Tea collective mark “will work as a tool to brand the product abroad and help Nepali tea producers to expand their footprint in the global orthodox tea market”. The collective mark was launched by officials at the base camp of Mount Everest, with Nepal agriculture minister Chakrapani Khanal claiming that “poor marketing and lack of commercialisation” has presented Nepali tea from becoming competitive in the international market, a situation that he hopes will change in the future. Indeed, Prabhat Kamal Bezboruah, chairman of the Tea Board of India Chairman, offered partnership on just that: “Nepal produces high quality tea – however, there is a need to build capacity at both production and enterprise level, and India is ready to cooperate on this front.” (TJL)

Record sale for vacation.rentals domain – Domain Name Wire reports that Vacarent, a vacation rental company, has shelled out $500,300 – the new highest publicly recorded sale of a second level domain under a new generic top level domain name – for ‘vacation.rentals’ from registry Donuts. Vacarent has stated that it hopes the newly purchased domain will help divert traffic away from VacationRentals.com, which is owned by competitor HomeAway and currently the top result when searching for ‘vacation rentals’ on Google. The ‘vacation.rentals’ transaction came in at $300 more than the previous record sale of ‘home.loans’ earlier this year. (TA)

Brandless not so brandless after all – The Fashion Law reported this week on the ongoing trademark issues being faced by e-commerce company Brandless. The San Francisco-based startup aims to make a name for itself by “bucking the ostentatious logo trend” by “shunning branding in its quest for a widespread selection of a logo-free products”. But while appearing to be ostensibly anti-branding in both its product range and company name, it is seeking US registered trademark rights in its branding. Specifically, it filed a trademark application last June for a white rectangle alongside a small trademark (™) symbol, which is the common branding used on the company’s packaging. However, the USPTO has sent a number of office actions in regards to issues with the mark, including what it claims are not distinctive colours and lack of proof that consumers associate the white rectangular box with its brand. As The Fashion Law states, “Brandless’ trademark registration quest suggests that even for brands that explicitly attempt to eliminate branding, [it] continues to play a significant role… even if the branding at issue is minimal.” (TJL)

CITMA elects new president – Tania Clark has been elected as president of The Chartered Institute of Trademark Attorneys (CITMA), succeeding Kate O’Rourke. A partner at Withers & Rogers, and vice-president of CITMA from 2016-2018, Clark was voted in unanimously at a meeting of CITMA’s Council. She comments: “I am honoured to be elected to lead CITMA. It has played a big part in my career to date and I look forward to guiding the organisation through the challenges that lie ahead over the next two years. Continuing to influence the future of intellectual property in the UK post-Brexit will be a top priority for me and the organisation. CITMA has played an important role in shaping the debate to date and we will continue to do that. I also want CITMA to continue to help develop IP Inclusive and IP Pro Bono – two initiatives that have made great progress within our profession over the past couple of years.” (TL)

Exclusive survey presents details evolving risks and opportunities – Over the past week, World Trademark Review has posted a series of intelligence pieces analysing the results of the 2018 Global Trademark Benchmarking survey. We have: 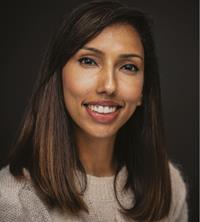