Every Tuesday and Friday, World Trademark Review presents a round-up of news, developments and insights from across the trademark sphere. In our latest edition, we look at the keynote speaker at the USPTO National Trademark Expo in July, a Canadian lawyer rallying against changes to the country’s trademark law, the brands named the most loved by American consumers, and how Amazon’s Alexa has been named the “biggest challenge for brands since the Internet”. Coverage this time from Trevor Little (TL), Tim Lince (TJL), Adam Houldsworth (AH) and Timothy Au (TA).

Kareem Abdul-Jabbar teams up with the USPTO – NBA All-Star Kareem Abdul-Jabbar is to deliver the keynote address at the opening ceremony for the 2018 National Trademark Expo in Washington DC. He opens the event – a collaboration between the USPTO and the Lemelson Center for the Study of Invention and Innovation – on July 27. Abdul-Jabbar will join more than twenty exhibitors including government entities, non-profits, small businesses, and corporations, each providing educational information about trademarks to the public. “As a registered trademark owner, Kareem is well-versed in the importance of intellectual property protection and has long been a pioneer in promoting STEM education opportunities to underserved communities as chairman of his Skyhook Foundation,” commented USPTO trademark commissioner Mary Boney Denison. “We are thrilled to have Kareem Abdul-Jabbar involved with the 2018 National Trademark Exposition.” (TL)

Google and Hershey’s named most loved American brands – Market research firm Morning Consult has released its research on the most loved brands of US consumers, and it is dominated by brands in the food and technology sectors. As first reported by Quartz, the research used online data from over 250,000 US adults and looked at more than 1,000 brands. Topping the list is Google, with a net favorability of 78.7 (out of 100). It is followed by Hershey’s (78.6) and Pillsbury (76.1). As Quartz notes, the top 25 also includes online and technology brands Amazon, Microsoft, Netflix, Samsung and YouTube – meaning Facebook is arguably a glaring omission. (TJL)

T-Mobile enforces magenta mark with cease-and-desist – Deutsche Telekom, the owner of T-Mobile, has sent a cease-and-desist letter to UK-based business Datajar for its alleged infringement of the German company’s registered mark for a shade of magenta. In its letter, the telecom giant has asked that the owner of the company, James Ridsdale, “immediately write to the UKIPO requesting the deletion” of his trademark application for his company’s logo and to stop using the colour magenta or closely similar shades. Ridsdale labelled the cease-and-desist letter “unfair and absolutely ridiculous”, although this is not the first time that Deutsche Telekom has attempted to enforce its rights in the colour magenta. (TA)

Frida Kahlo Corporation sues artist’s grandniece in latest twist in trademark spat - The Frida Kahlo Corporation, which licenses brand rights to the Mexican artist’s name and image for use in a range of products, has filed a lawsuit in the US District Court for Southern Florida against the artist’s grandniece, Mara Cristina Romeo Pinedo. It alleges that she is illegally using its trademark as well as defaming the company. Pinedo, herself a shareholder and director in the corporation, hit the headlines in March when she came to blows with the company over its collaboration with Mattel in the launching of a line of Barbie dolls in Frida Kahlo’s image, claiming that it did not have the right to authorise such a doll, and winning an injunction against it in Mexico. The corporation, in its recent complaint, claims that it exclusively owns the rights to the late artist’s brand and accuses Pinedo and her daughter of illicitly using a website and to offer a number of goods and services. It also claims that Pinedo’s recent criticism amounts to defamation and has led to the corporation losing at least one licensing opportunity. It seeks a court judgement acknowledging its ownership of the relevant trademarks, an order to force Pinedo to close down the allegedly infringing website, and $75,000 in damages. (AH)

Adidas takes step forward in three stripes trademark suit against Skechers – Adidas America enjoyed success on Thursday in trademark litigation against fellow footwear brand Skechers, whose two-striped shoe designs – the Onix and the Cross Court TR – it accuses of infringing its well-known three-stripe mark, and thereby devaluing its brand. With the Ninth Circuit District Court of Appeals upholding and injunction against the defendant yesterday, Adidas’s suit will now proceed to trial on June 4th in Oregon, it has been reported. Adidas claims in court documents that Skechers “intended to confuse consumers; it not only created a nearly identical shoe to the Stan Smith, but the used metadata tags to direct consumers who searched for ‘Adidas stan smith’ to the Onix web page”. (AH)

MasterCard loses twelfth proceeding against Cinkciarz.pl – MasterCard has lost another round at the EUIPO against Cinkciarz.pl, a part of the Conotoxia Holding Group, after it failed in its latest attempt to oppose the registration of a trademark for overlapping circles in Cinkciarz.pl’s logo. The American multinational filed objections to 13 of Cinkciarz.pl’s trademarks in Europe, and the EUIPO has now rejected 12 of these 13 oppositions, with one case having been temporarily suspended. However, MasterCard has the option to appeal these decisions. In response, Cinkciarz.pl has filed two applications for the invalidation of MasterCard’s trademarks, but these proceedings remain unresolved for now. (TA)

Harvard Business Review offers tips on anti-counterfeiting in China – In a recent blog, the Harvard Business Review offers advice to businesses seeking to avoid falling foul of counterfeiting in China – estimated, along with Hong Kong, to produce 86% of fake goods worldwide. As well as recommending registering trademarks early and finding good local counsel, it suggests that opening a webstore with Chinese payment tools will help consumers seeking authentic products to avoid purchasing fakes. Changing your model frequently enough to prevent reverse engineering of your product is another tip, while teaming up with online platforms and local authorities and making use of the latest anti-counterfeiting technology, such as blockchain, are seen as an increasingly effective ways to uphold brand rights. (AH)

Amazon’s Alexa “biggest challenge for brands since the Internet” – An article on CNN this week is claiming that the introduction of Amazon’s Alexa, and other similar voice activated devices, is “the biggest challenge for brands since the Internet”. In it, Z. John Zhang, a marketing professor at the Wharton School of Business, claims that "a new wild west has opened up" with the launch of such technology. The reasons for this are varied. One is the need for companies to make sure consumers are using brand names when using Alexa (one example given is General Mills urging shoppers to say “Alexa, order me Cheerios” rather than “Alexa, order me cereal”). The solution for that is to ensure brand names are “short and memorable”, adding that “catchy names and tag-lines will outweigh colorful packaging in the age of Alexa”. Another problem, which was also highlighted by PR Week yesterday, is around brands keeping their identity while utilising Alexa technology. It notes that, generally, brands – which often spend millions on marketing to create a certain image and tone – must work within the confines of Amazon’s Alexa system. “The barriers to creating a unique brand voice, one that can encompass all syllables, are so daunting that the prudent option is to just work with Alexa's default voice,” the article says. “Nevertheless, some brands are retaining their identity and personality despite the use of a single female voice.” Examples of that include Just Eat’s Alexa app saying “You've ordered like a boss!” while the Ocado app will respond to an order with “okie dokie”. The two articles are a reminder of the constant challenges that brand owners face – and the innovations that could potentially create trademark issues. (TJL)

Canadian lawyer rallies against Trademarks Act amendments – A trademark lawyer at Dale & Lessmann, Chad Finkelstein, has written a strongly-worded column about issues he sees with planned changes to Canada’s Trademarks Act. Published on The Province, the column begins by laying out the benefits of the current system in Canada – then looking at what the amendments, due to be implemented next year, could entail for brand owners. The most pressing concern he has is the elimination of the use requirement as a condition to register a mark – a move he says could lead to trademark trolls (a topic we’ve written about recently, wherein entrepreneur and serial filer Michael Gleissner has recently filed hundreds of marks in Canada will little sign of use). He ended the column with a stark warning: “So, brand owners out there – start taking inventory this year of your past, present and future trademarks and make sure you are taking the proper steps to protect them by way of applications and registrations with CIPO under the Act. Because if you don’t, someone else very well might — and hold your brand for ransom.” (TJL)

Corsearch hires two – Trademark and domain solutions company Corsearch has announced it has hired Kathy Van der Herten in the product management team and Tiffany Valeriano as director of product marketing. Van der Herten joins from industry competitor Compumkar, where she worked various roles over 21 years. Valeriano is a former executive at TrademarkNow and Brandstock, and currently serves on INTA’s Impact Studies Committee. The two hires were welcomed by Tobi Hartmann, Corsearch’s president and CEO, who commented in the press release: “Corsearch is committed to continuously growing our team of the industry’s top experts. Attracting professionals with years of trademark experience is crucial to the high quality personal attention and expertise in execution we promise our clients. The fact that skilled professionals like Kathy and Tiffany have decided to join our team is a reflection of all the exciting, significant things happening at Corsearch.” (TJL) 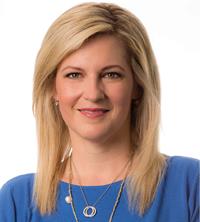