Every Tuesday and Friday, World Trademark Review presents a round-up of news, developments and insights from across the trademark sphere. In today’s edition, we look at Monster Energy’s difficult opposition in Singapore, the rise in partnerships between brands and independent musicians, and increased trademark fees in Egypt and Russia. Coverage this time from Tim Lince (TJL), Adam Houldsworth (AH) and Timothy Au (TA).

Monster Energy fails to stop Monster Strike – Singapore’s IP office has rejected Monster Energy’s opposition to Japanese mobile gaming company Mixi Inc’s application for a MONSTER STRIKE trademark. It concluded that the proposed mark was permissible given its dissimilarity from the energy drink branding and its use in a different industry sector. Gabriel Ong, assistant registrar of trademarks, used harsh language to describe Monster Energy’s opposition: “Stripped of its legalese, this dispute is, at heart, about one trader’s battle to fence off an ordinary English word – monster – for itself, and to exclude others”. Significantly, these remarks are made against a wider background of criticism of Monster Energy’s so-called ‘trademark bullying’. In 2015, for example, World Trademark Review reported that the brand had been ranked number one in Trademarkia’s ‘biggest bully’ league table (although as we argued that label was a little misleading). (AH)

‘Use it or lose it’ says New Zealand court in Lacoste case – Lacoste has lost a Supreme Court case in New Zealand regarding a mark it had registered but not used. Its rival Crocodile International had been attempting to get the trademark struck off the registry on the grounds of non-use, but Lacoste had argued that its use of a similar mark constituted use of the logo; it also pointed to its eminent position in the country’s marketplace. In its finding of non-use against Lacoste, the Supreme Court criticised previous decisions by lower courts for underappreciating the significance of visual differences and putting too much emphasis on the French clothing company’s reputation. (AH)

VEGAS STRONG mark filed in aftermath of shooting – Las Vegas resident Sean Black has applied for trademark rights to VEGAS STRONG following the Nevada city’s October 1 devastating mass shooting. Local media reports that Black has declared his intention to use the mark to raise money for the victims of the atrocity and their families. The application is part of trend of filings made in the wake of tragic events. In an earlier news round-up, World Trademark Review reported that two HOUSTON STRONG applications were made following Hurricane Harvey, which itself came after the unsuccessful 2013 registration of BOSTON STRONG in the aftermath of a bombing at the Boston Marathon. While some applications are made for charitable reasons, it remains a sad truth that individuals will always see opportunity in tragic. As we’ve written before, it is up to IP offices to respond appropriately. (AH)

Over 1 million counterfeit fruit labels discovered in Shanghai IP case – It has been reported that over a million fake fruit trademarks were discovered in a high-profile trial at the Pudong District Intellectual Property Court of Shanghai. Fake trademarks from brands such as Dole, Zespri and Sunkist were used to increase the selling price of domestic fruit; it is reported that the use of fake insignia can significantly boost the selling price of goods by disguising domestic fruit as imported products. The thirteen convicted defendants had operated across multiple wholesale markets, as well as online. (TA)

Trademark wrangle continues for Golden Knights – The Las Vegas Golden Knights’ dispute with the US Army and The College of St Rose may continue, despite seemingly being put to bed in August. The National Hockey League expansion team’s trademark application was turned down in December 2016 because the USPTO judged it might cause confusion with sports teams with ‘Golden Knights’ in their name. The hockey franchise was then granted its mark on appeal in August 2017, but in yet another twist its counterparts have been given an extension to file oppositions, according to the Las Vegas Review-Journal. (AH)

Russia patent and trademark fees rise – The new schedule of fees of the Russian IP office (Rospatent) has come into effect, following its announcement in September. On average, fees have increased by 20-25%, although fees for trademark matters have not been affected significantly. The structure of some trademark-related fees have changed though, with filing, examination and renewal fees now dependant on the number of classes. A new fee has also been introduced for issuing trademark registration certificates and there is now a strong incentive to file applications online, with a 30% discount of official fees when filing digitally. (TA)

Small fee increase at Egyptian trademark office – Effective since October 15, official trademark fees have increased in Egypt. According to Attiat Ismail of Attiat Ismail IP, the increases are “negligible” and they are unlikely to have any effect on the local trademark landscape. However, at least one firm – Jah & Co IP – has confirmed it will be amending its schedule of fees in light of the rise. (TA)

Apple and Spielberg TV show goes ahead without ‘Amazing Stories’ trademark owner – Apple and director Steven Spielberg have signed an agreement to bring back Spielberg’s old TV series ‘Amazing Stories’ – despite not owning the trademark for it. Steve Davidson owns two federal registrations for ‘Amazing Stories’, which he came across while working a job involving intellectual property, and had signed a contract with NBC two years prior for the name to be used for the planned TV show. But the deal fell through, and Davidson has said he has been in embroiled in disputes with NBC ever since. He also claims that the recent announcement of Apple and Spielberg’s collaboration is designed to either move the project on without him or force him to accept a smaller payment for the trademark. The story has garnered much attention, partially because of the heavyweight names involved, but also because of the David versus Goliath narrative. While Davidson has stated he “want[s] nothing to do with NBC” and “them to have nothing to do with Amazing Stories”, his latest comments on the matter last week indicate that negotiations have opened up again, as “a DIRECT result of the tweeting and commenting that took place”. It’s possible we will be hearing more from this yet, especially as stories of small trademark owners fighting large corporations always strikes a chord with the media. (TA)

Rouse opens shop in Cambodia – Leading global IP outfit Rouse has announced, effective immediately, the opening of a new office in Cambodia’s capital, Phnom Penh. The firm had previously been conducting IP work in Cambodia from out of its other offices in the ASEAN region. The Phnom Penh unit will offer the full gamut of services from portfolio management to dispute work and will be led by current Hong Kong and Vietnam manager, Chris Vale, who will be supported by Sokunvannary Tep, a Cambodian trademark attorney and qualified US lawyer specialising in IP. (TA)

Brands ‘destroying counterculture’? – The Guardian has an interesting feature on whether an increase in brand partnerships with underground musicians is destroying counterculture. The arguments presented in the article are nuanced; the author, Rachel Aroesti, looks at the changing dynamic between brands and independent artists. “Not so long ago, cosying up to big business was considered the gravest sin an underground artist could commit – but these days new and leftfield musicians seem to spend their days hoovering up cash provided by brands while fans barely bat an eyelid.” Of course, many brands are defined by their partnerships with musicians – Red Bull has its own music academy, Apple has partnered with U2 multiple times, Vans hosted punk events in the mid-90s. But now, with potential income slashed for artists due to streaming and piracy, it is a much more common occurrence. The challenge for trademark practitioners is ensuring a musician’s personal brand aligns with their own company’s brand identity. This includes having plans in place in case any controversy arises, while also not being perceived as censoring an artist’s views or music. (TJL) 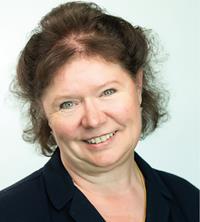