The Democratic Party presidential primaries are now in full swing, with the main contenders fiercely competing for support as major voting contests loom. An analysis from WTR has found that, when it comes to the brand protection of the current Democratic challengers, Michael Bloomberg and Pete Buttigieg are ahead of the rest of the field – with Bernie Sanders facing the highest level of unauthorised third-party trademark activity.

At the time of writing, the Ohio and New Hampshire nominating contests have taken place during the ongoing 2020 Democratic presidential primary. In the next couple of weeks, more contests are on the cards, including so-called ‘Super Tuesday’ – when 14 states will vote or caucus all in one day. So far, Pete Buttigieg is narrowly leading Bernie Sanders in terms of delegates, although it is early days and the picture is set to become clearer in the weeks ahead. The field is also narrowing – what was once a field of 29 Democratic presidential candidates is now just eight. One thing is certain: one of the remaining candidates will face off against US President Donald Trump in the 2020 US presidential election.

This election campaign is expected to be a bitter, expensive one. Recent figures have shown that candidate (and billionaire) Michael Bloomberg has already spent over $200 million on campaign advertising, with candidate Tom Steyer (also a billionaire) approaching £130 million in ad spend. Other big spending Democratic candidates include Buttigieg ($23 million in ad spend), Sanders ($21 million), Warren ($14 million), Biden ($10 million) and Klobuchar ($6 million). For his part, Trump (also a billionaire) and affiliated groups have spent approximately £40 million on advertising so far.

Big money, public interest and high profile individuals create the perfect conditions for fraudsters and brand protection challenges that can damage both candidates and voters. For example, a common tactic is the setting up of fake donation webpages purporting to be from a candidate, or fake social media pages claiming to be from (or on behalf of) a campaign. Some of these issues have become prevalent – for example, last year, one of Trump’s reelection consultants published websites disguised as official platforms for Democratic candidates (some of which are still active).

A Trump consultant operates a number of ‘fake’ campaign websites

For that reason, most of the current Democratic candidates have sought registered trademark protection for their campaign name and slogans. Securing this protection will allow easier enforcement against any illicit infringement, especially when it comes to fraudulent activity. An analysis from WTR shows that Michael Bloomberg, who entered the race in November 2019, has the most filed trademark applications of any current Democratic candidate so far, with 17 in total. These applications include the name and logo of the campaign (eg, ‘MIKE 2020’, ‘BLOOMBERG 2020’, ‘M 2020’), as well as a range of slogans (eg, ‘I LIKE MIKE’, ‘MIKE WILL GET IT DONE’, ‘BRING THE DATA’).

As the table above shows, Pete Buttigieg is close behind Mike Bloomberg in the number of filed trademark applications. Again, these filings are mostly for campaign slogans (eg, ‘WIN THE ERA’, ‘A FRESH START FOR AMERICA’, ‘PETE’S GOT HEART’, ‘FOR THE HEART OF AMERICA’), although the campaign has, unusually, filed an application for the term ‘BOOT EDGE EDGE’, a phrase that Trump used to mock Buttigieg’s surname at a campaign rally last year. The domain ‘bootedgeedge.com’ is also owned by the campaign.

Curiously, many of the Buttigieg campaign trademark applications (including ‘BOOT EDGE EDGE’) received an initial refusal from the USPTO. The primarily reason for the refusal was because the trademarks feature “a name, portrait, or signature identifying a particular living individual whose written consent to register the mark is not of record”. In response, the applications now feature a signed consent form from Buttigieg. The same issue also occurred with trademark applications from the Joe Biden, Tulsi Gabbard and Bernie Sanders campaigns, with consent forms submitted following initial refusals. While a relatively minor stumbling block to registration, it’s a reminder that the trademark registry will check validity before applications move forward.

Indeed, such work from examining attorneys is why many unauthorised trademark applications will not reach registration. When it comes to such filings, one candidate faces more than any other: Bernie Sanders. Since his run for president in 2016, Sanders has been targeted through dozens of third-party trademark applications – both from supporters and detractors. Examples include ‘BERNIE SANDHERS 2020’, ‘BERNIE FOR PRESIDENT OF VENEZUELA’, ‘DON’T BLAME ME, I VOTED FOR BERNIE’, ‘BLACK MEN FOR BERNIE’, ‘BERNIE 2016’, and ‘BERNIE FUCKING SANDERS’. All but one of those applications are now dead (the ‘Venezuela’ application is still live as it was only filed this month).

That’s not to say other candidates don’t face the issue of unauthorised applications. For example, there are numerous applications seemingly from Joe Biden supporters, including ‘RIDING WITH BIDEN’ ‘MAKE AMERICA PROUD AGAIN BIDEN 2020’, ‘MAKE AMERICA SANE AGAIN VOTE BIDEN’ and an image of some cushions emblazoned with a ‘BIDEN PRESIDENT’ logo. Interestingly, in Germany, a trademark was filed last year for the term ‘SLEEPY JOE’S CAFE’, although it is unclear if it’s a reference to Trump’s mocking nickname for Biden, the Bruce Springsteen song, or something else entirely.

Of course, the most targeted individual in the US presidential race when it comes to unauthorised third-party trademark applications is Donald Trump, whose campaign has been relatively quiet when it comes to filing activity (two applications were lodged for the campaign slogan ‘KEEP AMERICA GREAT’ on 17 January 2017, three days before his inauguration, with little activity since). In total, 121 applications have been filed at the USPTO since January 2019 that feature the word ‘TRUMP’ – many from supporters (eg, ‘TRUMP THAT DEMOCRAT’, ‘TRUMP MADE AMERICA GREAT AGAIN’, ‘I LOVE JESUS TRUMP AMERICA KEEP AMERICA GREAT 2020’, ‘WOMEN 4 TRUMP’) and others from applicants who are clearly not fans of the president (‘BLAME TRUMP’, ‘TRUMP PROMOTES RACISM’, ‘DUMPTRUMP’, ‘TRUMP THE PRESIDENT OF THE COMMUNIST PARTY OF AMERICA’). All of these applications, unless related to campaign or business entities related to Trump, will almost certainly be rejected.

In the weeks and months ahead, the US presidential election is set to get increasingly bitter. There is little doubt that brand protection and trademark infringement issues will crop up during the campaigns, both for candidates and major brands (as Wrigley and Tic Tac faced in the 2016 campaign). For that reason, it’s positive to see most current candidates for the US presidency secure adequate trademark protection for their key campaign brand assets. 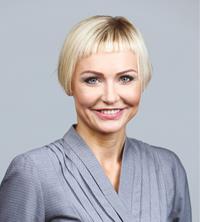