In our second round-up of the week, to accompany our usual analysis and commentary, we bring you the latest news updates from around the trademark world. From the outcry over Taylor Swift’s latest trademark applications to industry reaction to the EU Commission position paper on IP rights post-Brexit, here are the developments we think are worth having on your radar. Today’s updates are supplied by Trevor Little (TL), Tim Lince (TJL) and Adam Houldsworth (AH).

USPTO offers Hurricane Irma guidance – The US Intellectual Property Office (USPTO) released a statement on Wednesday to confirm it will provide “additional guidance, instructions, and contact information” for users affected by Hurricane Irma in relation to activities regarding applications or other proceedings involving trademarks, patents or other business before the office. Hurricane Irma has already devastated various islands in the Caribbean and is expected to hit parts of Florida on Sunday. The USPTO’s statement comes just a few days after a similar notice regarding Hurricane Harvey. (TJL)

EUIPO offers grants for IP awareness activities – The European Union Intellectual Property Office is offering funding to organisations with proposals to effectively increase awareness of the importance of intangible assets, and of the damage wrought by counterfeiting. The office’s call for applications states three types of scheme it wishes to support: educational initiatives to inspire school children, broader campaigns to reach younger citizens, and conferences/fora aimed at influencing opinion-leaders and policy-makers. Seeking to fulfil its mission to disseminate IP understanding more widely among EU citizens, the Alicante-based institution made a similar request for proposals in 2015, awarding funds to 11 projects in that instance. (AH)

Pakistan’s IP leaders vow to improve country’s image – Major players from Pakistan’s enforcement agencies have declared a common commitment to rehabilitating the jurisdiction’s poor reputation for IP protection (it currently ranks second bottom in the US Chamber of Commerce’s International IP Index). Saleem Ranjha, Customs director general of intellectual property rights enforcement, called for better sharing of progress reports with Pakistan’s missions around the world, an idea strongly endorsed by IPO executive director Muhammed Naseer. Furthermore, greater participation in multilateral trade and IP bodies was also proposed during the summit, as were means of boosting cooperation between relevant government departments. This follows a slew of recent reforms aimed at enhancing IP enforcement in the country, including changes made to customs rules earlier this year. (AH)

Thai IP department to consider sound mark applications – This month, Thailand’s Department of Intellectual Property threw open its doors to sound mark applications. The change – which resulted from a ministerial regulation passed under Thailand’s Trademark Act – introduces a new dimension to brand protection in the emerging market and comes into force as the results of an INTA-commissioned study which revealed that trademark-intensive industries are a major driving force behind the region’s economy. (AH)

Axe hangs over Indian McDonald’s stores – 169 McDonald’s restaurants across North and East India are reportedly in peril following the termination of franchisee Connaught Plaza Restaurants Ltd’s license to use the burger chain’s branding. Following a prolonged dispute with local partner Vikram Bakshi, McDonald’s served notice on August 21 2017 that it was terminating its collaboration with Connaught Plaza, giving it 15 days to cease using its intangible assets. Despite being denied interim relief on the franchise expiry by the National Company Law Appellate Tribunal, Bakshi yesterday vowed to see the restaurants continue under the McDonald’s brand; meanwhile the world-famous fast food company stated its intention to enforce the termination. The sticky situation presents McDonald’s with a brand management challenge in one of the world’s largest consumer markets. (AH)

Huge upswing in Cayman Islands applications – The Cayman Islands Intellectual Property Office has received over 150 requests for trademark registrations since the introduction of a new Trademark Law on August 1 2017, CNS Business reports. This figure represents a sharp increase in the rate of applications – only 300 marks were filed in the previous 12 months – and augurs well for territory’s new IP system, which is intended to make registration cheaper and more efficient. In place for decades, the old trademark dispensation required brand owners to first acquire United Kingdom rights, which could then be processed by the Cayman office. Speaking at a recent press conference, Minister of Financial Services Tara Rivers claimed that new opportunities had been created for local businesses to protect distinctive Caymanian brands, while chief officer of the ministry Dax Basdeo argued that the new system would satisfy international businesses’ increasing desire to protect their intellectual property in the territory. (AH)

Ice Miller snaps up Alice Kelly – Midwest firm Ice Miller has announced the recruitment of Alice Kelly to its IP team as an of counsel. Kelly, who helmed her own boutique for seven years and most recently enjoyed a stint at Norvell IP, will be joined by associate Shyla Jones. (AH)

MarkMonitor brings Statton Hammock into the fold – Statton Hammock has been appointed vice-president for global policy and industry development at MarkMonitor. Hammock takes up the leadership position following a five-year stint at domain registry Rightside Group. He will assume responsibility for the development and implementation of worldwide policy, strategy and business development. (AH)

Anti-fakes tech hits mainstream press – From a public awareness perspective, it has been a good week for anti-counterfeiting technology start-up Entrupy. The New York startup, which launched its authentication product a year ago, has generated some media coverage in the past (including a mention in a May 2017 CNBC article). But its PR representatives are going to be celebrating this week, with dozens of gushing articles about the Entrupy app in outlets including Bloomberg, Complex, Sky News and The Independent. For Entrupy, which recently announced it had raised $2.6 million in additional funding, it will be hoping this coverage will lead to more customers paying a $299 device fee plus monthly fee starting from $99. (TJL)

More Taylor Swift misunderstanding and overreaction – It’s that time again. Pop superstar Taylor Swift is promoting a new album and in the process a number of trademark applications have been filed in preparation for selling merchandise on an upcoming tour. Once again, the media flips out at Swift for her attempts to “trademark more English words” (as if an overwhelming majority of marks in the USPTO database are not derived from the English language), often ignoring the nuance of trademark classes in the process. As we’ve reported in the past, the coverage of trademarks owned by entertainment figures is often inaccurate or over-reactive as the authors rarely write about IP law. But for those in the trademark community, it may be an opportunity to educate the media by pointing out erroneous reporting (such the misuse of ‘copyright’ or that it doesn’t mean Swift will have exclusive universal use of common phrases). (TJL)

Sportflix embroiled in disputes – Billed as a potential ‘Netflix of sport’, Latin-American streaming site Sportflix has run into early difficulties, having been suspended by the Mexican Industrial Property Institute (IMPI) on August 29, the day before its scheduled global launch. The fledgling service, which plans to stream major sporting events such as Premier League and Champions League football, is accused of breaking copyright law by broadcasters such as ESPN, Fox Sports and Televisa. Sportflix’s initiation has been postponed while an IMPI investigation is undertaken. (AH)

EU Brexit paper gets a warm welcome, while the wait goes on to clarify UK position – Yesterday on the World Trademark Review blog we brought breaking coverage of the EU Commission’s position paper in its intellectual property rights vision for a post-Brexit world. No sooner had we posted our piece than IP practitioners and associations had their say. Kate O’Rourke, president of the Chartered Institute of Trademark Attorneys, expressed delight that “the Commission has recognised that it is important legal certainty is maintained when it comes to registered EU intellectual property rights for the benefit of business”, adding that she is “pleased the paper also promotes cooperation between the EU Intellectual Property Office and the UK’s Intellectual Property Office in terms of sharing the data on the EU’s intellectual property registers, which will help avoid any potential delays and duplication of work”. Tony Rollins, president of the Chartered Institute of Patent Attorneys, added that on trademarks and designs, the Commission’s stance reflected the position of CIPA, concluding: “This is a complex topic and the Commission’s paper provides an encouraging starting point for discussions.” However, as Sally Shorthose, IP partner and Brexit lead at Bird & Bird notes, while the document will “provide some clarity and comfort to IP holders and applicants in that it seems we are not approaching an IP cliff edge”, for now we only have insight into the stance of one of the negotiating parties: “The UK government response will be interesting as the EU position is that EU IP rights must be upheld post-Brexit with no further action or cost from the IP holder – how will UKIPO deal with this potential avalanche of new registrations and responsibilities if they are not able to charge for the additional burden.” (TL) 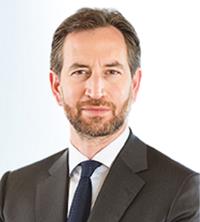