Research conducted by World Trademark Review reveals that, for the third year in a row, Manchester United boasts the most trademarks of any club in the English Premier League. Our data analysis also examined filing activity amongst the world’s most valuable football clubs and players, with FC Barcelona pulling ahead of arch-rivals Real Madrid, while Lionel Messi overtook former teammate Neymar Jr.

Our research coincides with the release of Brand Finance’s annual study of the brand value of global football clubs. In its 2018 report, which was released earlier this week, Manchester United regained its title as the world’s most valuable football brand. The club – overshadowed on the pitch this year by the success of city rival Manchester City – now has a brand valued at £1.36 billion, with growth bolstered by a return to the UEFA Champions League and growing TV broadcasting revenues. However, year-on-year the brand value growth for the club was small (+0.1%) compared to some of its league rivals; Burnley FC’s brand value grew by 44% compared to last year (and could increase further next year, with the club having qualified for the 2018-19 UEFA Europa League), Crystal Palace by 37% and Liverpool FC by 22% (overtaking rival Chelsea in the process).

The top 15 most valuable football club brands in the world, according to the Football 50 report, are:

The brand values of these clubs are often staggering – with the brand of four football teams now worth over £1 billion. But are these clubs sufficiently exploiting and protecting their brands? When asked last year, Brand Finance CEO David Haigh claimed they are not, saying most clubs are “missing huge opportunities to effectively make use of what are often their most important assets”. But, at least when it comes to protection of their brand, clubs appear to have been taking things more seriously in the last 12 months.

For the third year in a row, we took a look at the trademark portfolios of all 20 English Premier League clubs, as well as the 10 most valuable non-UK clubs and the most valuable football players (by estimated transfer value). In last year’s research, it revealed that Chelsea and Manchester United were nearly neck-and-neck in terms of marks, while Neymar Jr had the most trademarks of any top player.

This year’s results, which can be viewed in full below, sees Manchester United pull ahead of Chelsea with over 400 marks in its portfolio. It reflects the proactiveness and tenacity of the brand protection team at Man Utd, especially when it comes to the expansion of marks in Asia in recent years. Elsewhere in the Premier League of trademarks, Tottenham Hotspur overtook arch-rivals Arsenal – spurred, again, by an expansion of rights in Asia – while Premier League champions Manchester City increased its trademark portfolio by more than one-third.

However, when looked at the number of trademarks in relation to brand value, Manchester City is far behind the other top clubs. If you divide total trademark count by brand value, each Man City mark is protecting £17 million worth of brand, compared to just £3.2 million at Man Utd, £2.8 million at Chelsea, and £2.5 million at Tottenham. Of course, trademark protection sums don’t work that way in reality, but this relatively small trademark portfolio for a club with such a high brand value reflects, perhaps, its newfound financial wealth after being purchased in 2018 by Abu Dhabi United Group. So while Man Utd, Chelsea, Tottenham and Arsenal have all remained in the English Premier League since it was founded, Man City were in the country’s third league tier just 20 years ago. Nonetheless, the club are catching up (it had just 43 marks this time last year), and we expect its portfolio to grow more in future years.

Elsewhere, we also looked at the trademark portfolio of the top 10 non-UK football clubs (by brand value), which saw La Liga rivals Barcelona and Real Madrid easily ahead of all other teams. Particularly startling, though, is a comparison of the portfolios of Barcelona and German champions Bayern Munich. While the two clubs have a near identical brand value (both just over £1 billion), Barcelona has over four times as many filed or registered trademarks.

When it comes to the leading football players, Barcelona’s Lionel Messi appears to have the bigger trademark portfolio, with 76 registered marks (primarily for his name, his logo, and his signature – and also one for his son’s name). Next up was Neymar Jr – who moved to Paris Saint-Germain from Barcelona last year in a world-record £199 million move – who has 55 marks (nearly all for his name and logo). Curiously, Neymar Jr could face IP issues due to a the actions of a familiar face to World Trademark Review readers: an entity owned by serial filer Michael Gleissner has a registered trademark in Benelux for the term NEYMAR.

Of course, the number of registered marks doesn't neccessarily reflect the strength of a brand's portfolio – indeed, a big reason both Messi and Neymar have a significant amount is due to a number of single class marks in Argentina and Brazil respectively. Overall, though, the results reveal the significant sums that football clubs and players are worth in terms of brand value – and the need for registered trademarks to protect those assets (especially with counterfeiting rife in football). For regular readers, especially in the law firm space, this could be an opportunity: by demonstrating the value that trademarks bring in terms of brand protection, new clients could be gained. In short, if any readers have the contact number for Dele Alli, Mohammed Salah or Luis Suarez, now would be a good time to give them a call and offer your services.

Methodology: Non-UK clubs chosen by their ranking in Brand Finance’s Football 2018, estimated transfer fees taken from CIES Football Observatory research. All figures for filed or registered trademarks are estimates from primary applicant name, with figures from the 66 participating offices recorded on TMView. 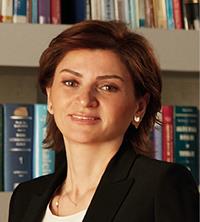