Some so-called ‘legal fakes’ in Italy have so successfully fooled consumers and won over luxury and fashion brand fans that they have essentially supplanted the original brands, which are yet to conquer the country.

In 2013 the fashion industry witnessed the emergence and growth of so-called ‘legal fakes’. A ‘legal fake’ is a legal copy of a brand, where ‘legal’ indicates that the fake brand is a trademark (albeit, perhaps, with slight graphical modifications compared to the original) registered in a country where the original mark has yet to be launched.

It is because these fashion trademarks have not been registered in Italy by their actual owners that certain Italian companies have legally appropriated marks that are famous in other markets, registering and copying them – sometimes making aesthetic changes to the logos – and selling them in popular boutiques.

The legal fake phenomenon has affected famous streetwear brands such as Boy London, Supreme, Kith and Pyrex, which are registered in Italy as Supreme Italia, Pyrex Original, Boy London Italia and Kith Official. In some cases, the success of these local, legal fakes means that they have essentially supplanted the original brands – which had not conquered Italy with their official sites – thanks to huge sponsorship deals each new season, their popularity with VIPs and significant influencers and their visibility on social networks.

These legal fakes usually differ from the originals in a few regards, such as lower price or a different logo (eg, an eagle facing left rather than right). The designers and companies that own the original brands are aware of legal fakes, but for now they are content to monitor the situation, as the phenomenon is restricted to Italy.

Supreme is one of the world’s most famous streetwear brands, noted for its numerous collaborations with brands such as Stone Island, Nike and Louise Vuitton. Founded in New York City in 1994, Supreme has become an emblem of American youth. There are only nine Supreme stores worldwide – none of which are based in Italy, and it is precisely this product exclusivity that has contributed to the brand’s popularity.

Some years ago, Italian clothing company Trade Direct SRL sought to benefit from Supreme’s success abroad and began producing and distributing items of clothing marked SUPREME ITALIA, with a logo so similar to the original that it easily fooled Italian consumers unfamiliar with the brand’s origin. Trade Direct took advantage of the lack of legal protection for the SUPREME trademark in Italy and decided to file and register the mark there itself, engaging in skilful marketing strategies and copying all distinctive elements of the original brand – from advertising materials to the famous logo.

Supreme Italia won over less-informed fans of the streetwear brand and convinced retailers and shops that they were purchasing originals. Nevertheless, Chapter 4 Corp DBA Supreme, which owned the original SUPREME trademark, did not concern itself with the Italian fake until, in 2016, Trade Direct representatives began approaching various retailers at the Pitti Uomo Fair, promoting their products, which were essentially identical to Supreme products. At this point, Supreme decided to take legal action, requesting protection against Supreme Italia for “counterfeiting activities and unfair competition”, because the Italian company “had distributed garments bearing a slavish reproduction of the Supreme mark characterised, more generally, by the same styles, colours and shapes as the original items”.

On 26 January 2017 the Court of Milan accepted the interim application submitted by Supreme and ordered the suspension of all production, export and sale of the clothing and other products bearing the SUPREME trademark. It also ordered Trade Direct to cease using the ‘supremeitalia.com’ domain name and ordered the withdrawal from sale of products, advertising and promotional materials bearing the SUPREME mark.

The Specialised Division of the Court of Milan addressed an appeal by Trade Direct against the order handed down on 26 January 2017. The court confirmed the unlawfulness of Supreme Italia’s conduct, relating to both the counterfeiting of trademarks referred to in Article 20(a) of the Industrial Property Code and the independent and separate circumstances of parasitic unfair competition referred to in Article 2598(3) of the Civil Code.

In respect to the parasitic unfair competition engaged in by Supreme Italia, the court underlined that Supreme Italia had not only used the identical SUPREME mark for streetwear products that were identical to the original, but it had also persistently copied certain advertising images and graphics produced by the original company.

Beyond a strictly legal context, the appeal’s outcome could have positive consequences for the reputation and value of the US brand. Indeed, brand value – particularly in the fashion and luxury industry – goes beyond purely legal considerations and is closely linked to its public reputation.

The Supreme case shows that it is fundamental for companies to monitor all markets – including those that are as sophisticated and well-equipped as the Italian market – in order to intervene quickly and prevent acts of counterfeiting and unfair competition that could jeopardise not only the value of the violated trademarks, but also the reputation and credibility of the entire brand. The Italian legal system provides effective tools to protect investing companies and consumers who are increasingly interested in making conscious and informed purchases.

In the luxury and fashion world, the value of the shopping experience is often as important as the quality and reputation of the brand. One element that certainly contributes to a quality shopping experience is the shop: its architecture, furnishings and all the elements surrounding the products on display. Such elements often have little to do with trademark protection per se, and it may be difficult to present them as constituting examples of unfair competition. In Kiko Cosmetic Srl v Wycon (16 March 2017) the Milan Court of Appeal effectively confirmed the possibility of copyright protection for concept stores. The court ruled on the appeal brought by Wycon SPA against the first-instance decision, upholding copyright protection for the interior décor plans used at the Kiki SRL cosmetics chain stores.

The court recognised that interior décor plans are, like architectural works, eligible for protection in accordance with Law 633/1941 (the so-called ‘Copyright Law’), thus preventing Wycon from illegally using such plans and ordering the modification of the appearance of the commercial outlets in their sales network. The court set a €10,000 penalty for each store that continued to breach the copyright 60 days after service of the judgment.

The court further held that Wycon had engaged in acts of unfair competition by having accompanied its undue imitation of the interior décor plans with the slavish reproduction of additional commercial and communication activities (specifically, the outfits worn by sales personnel, the appearance of bags and product packaging, the appearance of the products themselves and their online commercial communications). Ruling on the matter, the Court of Appeal substantially endorsed the Court of Milan’s decision.

Nevertheless, the judgment allowed the Court of Appeal to further elaborate on the findings presented by the Court of Milan on a matter that has significant IP implications and forms part of a particularly complex picture. The issue of protection of the exterior appearance of specific companies’ retail outlets has, in fact, been a subject of debate for years.

In challenging the decision, Wycon alleged that the Court of Milan had incorrectly classified the interior décor plans as architectural works whereas, in its opinion, interior décor falls under the scope of the concept of interior design and as such is protected as works of industrial design (Article 2(10) of the Copyright Law).

With regard to architectural works, the Copyright Law sets out the more urgent requirements regarding artistic value, the demonstration of which (in accordance with established case law) is based on objective recognition (eg, artistic awards, inclusion in art exhibitions, references in art books and the artistic reputation of the author) – something that, according to Wycon, was lacking in Kiko’s interior décor plans. However, the Court of Appeal did not accept this argument and went on to confirm that (in accordance with the previous Court of Appeal assessment), Kiko’s interior décor plans should be granted protection as an architectural work.

Addressing Wycon’s argument, the Court of Appeal distinguished between interior design and interior architecture, establishing that “while to some extent these are nuanced differences, the concept of interior design applies more, from an experiential and legal perspective... to individual elements that make up the interior décor, for example a lamp or a sofa, etc. The concept of interior architecture applies to the overall interior décor, of a store, for example, which forms part of the overall appearance of the interior in question, even when it consists of individual pieces of property, including movable property”.

It seems that the decision does not mark the end of the matter, particularly given that Wycon has already issued a press release announcing its intention to appeal. It will be interesting to see what position is ultimately taken by the Court of Cassation. Meanwhile, the Court of Appeal of Milan has confirmed that the concept adopted by stores and retail outlets is eligible for protection, something which would not commonly have been believed. 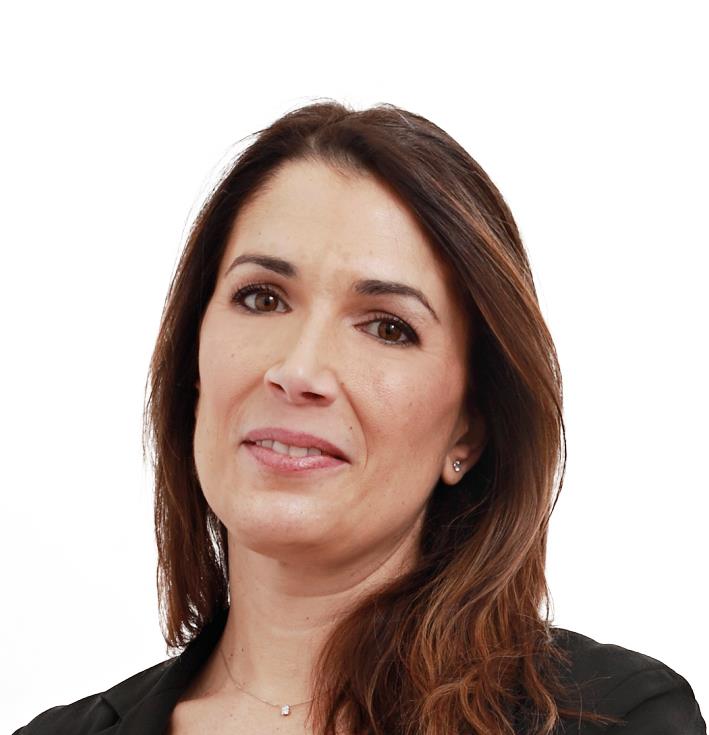 Silvia Grazioli is a registered Italian and EU trademark and design attorney. She has a law degree from the University of Rome La Sapienza and specialised in international business law at the LUISS Management Business School. Ms Grazioli is also an attorney admitted to the Bar of Milan since 2007. She is a member of Bugnion’s copyright department, as well as a member of the International Association for the Protection of Intellectual Property. Her areas of practice cover trademarks, designs, copyrights and international commercial agreements.