Every Tuesday and Friday World Trademark Review presents a round-up of news, developments and insights from across the trademark sphere. In today’s edition, we look at trademarks filed in the wake of Hurricane Harvey, a three-time Olympic gold medallist speaking at an IP event and Lady Gaga stoking online anger with a Radio Gaga lawsuit.

WeWork against trademark infringement; Chinese rival fires back – US shared office brand WeWork has launched a trademark infringement lawsuit against UrWork, a Chinese company which it accuses of using a confusingly similar name. Filed in New York’s Southern District, this is the latest dispute between the rivals who are currently embroiled in similar litigation in the UK. In response, UrWork took to its official WeChat channel to respond to the suit, arguing that there was “no legal proof or common sense” behind the claims. These may be the opening exchanges of a major trademark battle, but what catches the eye is the use of the company’s official messaging channel to go public with its response. Over recent weeks World Trademark Review has observed an upswing of companies seeking to influence public opinion by taking to social media and messaging channels to respond to actions. Should this trend continue, laying out initial communication strategies and responses will become more important to counsel when they are preparing to launch litigation. (AH)

Jamaica promotes IP in sports – Jamaica is to hold a “major conference” focused on the strategic use of intellectual property in sport, according to local media. Due to take place between 19-20 September, the symposium is a joint venture between the Jamaica Intellectual Property Office, the World Intellectual Property Organisation (WIPO) and the Caribbean country’s ministry of culture, gender, entertainment and sport. Interestingly, the speaker list does not just include IP experts – also scheduled to speak at the event is three-time Olympic gold medallist and sprint legend Veronica Campbell Brown. The move is a canny one in garnering increased media coverage of IP issue, and should ensure that the issue of IP is highlighted to a wider audience than usual – which is, of course, to the benefit of all. (AH)

Korean brands protected by early warning – The ‘Chinese Trademark Brokerages Early Warning Service’ offered by the Korean Intellectual Property Office (KIPO) has been put to good use by brands since its inception last year, according to a Korean wire service. Collaborating closely with counterparts in China, KIPO has been monitoring Korean language registrations in China, identifying illegal assignments to Chinese companies and informing affected rights holders. Since the service began, the proportion of applications opposed by Korean brands has shot up from 36.5% to 98.2%. The scheme addresses a very significant problem, according to the article: over 1,200 South Korean firms suffered brand rights theft through Chinese brokerages in the past 12 months. But tackling this issue has been an expensive exercise for the affected companies, which forked out a combined 3.4 billion won (around $3.2 million) in unsuccessful suits against Chinese companies in the past 12 months, over 13 times the previous year’s outlay. (AH)

Trademarks filed in wake of Hurricane Harvey – World Trademark Review has extensively covered the filing of trademarks following tragedies or disasters. Examples include Malaysia Airlines being forced to file trademark defensively for the terms MH17 and MH370 following the two separate disasters the company faced in 2014. But there’s also examples following natural disasters, and the last two weeks have been no exception. According to attorney Erik Pelton, two trademark applications for HOUSTON STRONG were made to the USPTO in the aftermath of Hurricane Harvey, one for use in charitable fundraising, the other for baseball caps and shirts. The success of these registrations seems doubtful given the refusal of similar applications for BOSTON STRONG, which were filed in the wake of the Boston marathon bombing in 2013 (another example of tragedy-related marks). The USPTO has also received three submissions for MAKE HOUSTON GREAT AGAIN, reminding us that Trump’s campaign slogan is the gift that keeps on giving for the trademark office (with at least 188 variations of ‘Make _ Great Again’ filed at the USPTO in the last two years). (AH)

Apple seeks protection following iPhone X announcement – Apple is famous for attempting to keep new product names secret until they are officially announced, often using small jurisdictions to file for trademark protection discreetly. When that strategy isn’t effective, it often means its high profile keynotes lack surprise – famously, a number of leaks meant the Apple Watch was the worst kept secret in Cupertino. This week, following its announcement of the iPhone X (the name of which was leaked a few days before the keynote), Apple has filed a number of new trademarks in Europe, according to Patently Apple. They include applications for the terms AIRPOWER (referring to its new wireless charging pad), ANIMOJI (the name for a selection of virtual characters that mirror the user’s expressions) and TRUEDEPTH (a term used for the iPhone’s new camera). As always, the company’s filings are closely scrutinised by market commentators and these will no doubt be the focus of increased coverage in the coming days. (TA)

The Amazon (dispute) will likely keep on running – On Tuesday we reported on Amazon’s demand that ICANN put an end to the stalemate over its application for the ‘.amazon’ TLD, noting that “there is no sovereign right under international or national law to the name ‘Amazon”’. The move previously stalled because of consensus government advisory committee opposition over the term, which relates to a geographic area. In our blog we pondered whether the call would lead to speedy resolution of this long-running dispute. Over on Domain Incite, industry analyst Kevin Murphy thinks not. He predicts: “It seems to me the most likely next step in the ‘.amazon’ case is for the board to ask the GAC to reaffirm or reconsider its objection, giving the committee the chance to save face – and avoid a lengthy mediation process – by providing the board with something less than a consensus objection.” As Murphy notes, next Friday the ICANN board is webcasting its full formal board meeting and its next move will likely be revealed then. For now then, Amazon looks likely to have to wait at least another week – and likely longer – to find out how this will play out. (TL)

Going Gaga over trademark lawsuit – According to reports in Belgium, a local TV station which airs a current affairs programme called ‘Radio Gaga’ is being sued by Lady Gaga for alleged trademark infringement. The lawsuit hinges on, according to the report, the possibility that viewers could think the programme is about or associated with the musician. The story, unsurprisingly, got widely shared on social media, with countless angry Twitter posts directed at Lady Gaga herself (it is worth noting that the letter, sent by a New York law firm, was sent in February but was revealed this week). Interestingly, the response on sharing platform Reddit was more nuanced. On a link that was ‘up-voted’ over 13,000 times, many users reminded readers that it isn’t actually Lady Gaga claiming rights over the term, with one user stating: “Lady Gaga probably had no say in this matter. You think she really cares? Her label probably initiated the suit. On top of that, they probably don't even care. They just need to show that they defend the trademark, for future cases.” Nonetheless, there was still anger, with some users claiming they had “lost a ton of respect for her” – demonstrating, once again, the reputational considerations that IP lawyers must consider when representing high profile clients. (TJL)

Taking the Mickey – The Priceonomics blog has an interesting long-form feature on how Disney “has done everything in its power to make sure it retains the copyright” on Mickey Mouse, including spending millions lobbying the US Congress for copyright extensions. A graph embedded on the article demonstrates the numerous times that Disney’s lobbying has been effective, with copyrighted works protected in the US from the 56 years when Mickey Mouse was first conceived in 1928 to the 95 years since the Copyright Term Extension Act was passed in 1998. This means that Mickey Mouse’s copyright protection is due to expire in 2023, but Disney may not be worrying about it, according to the article. “Even if Mickey’s copyright does expire in 2023, Disney has no less than 19 trademarks on the words ‘Mickey Mouse’ (ranging from television shows and cartoon strips to theme parks and videogames) that could shield him from public use,” the article reads. “Disney has ingrained Mickey Mouse so deeply in its corporate identity that the character is essentially afforded legal protection for eternity, so long as Disney protects him (trademarks last indefinitely, so long as they are renewed).” With five years to go, time will tell whether Disney will pursue an additional copyright extension… (TJL)

Brand aware YouTubers – We’ve written before about online video creators on YouTube being urged to embrace the positives of brand protection, as well as the rise of copycat channels that copy the name, imagery and content of verified YouTube channels. This week, a popular advice channel for YouTube content creators, ‘VideoCreators’, released a half hour interview with trademark lawyer Kenneth Kunkle about how and why YouTube channels should attain registered trademark protection. While the insights on the episode probably won’t be new to regular readers, any initiative designed to raise awareness of trademark law – especially in a sector populated by mostly young people – should be seen as a positive move. (TJL)

Access cutting-edge strategic insights from a stellar faculty of trademark experts – The early bird booking deadline for the upcoming Managing Trademark Assets conference, being held in Chicago on October 17, expires today. The event programme will take a deep dive into the cost-effective management and communication of international portfolios, with attendees receiving updates and guidance on best practice from a range of industry professionals. Amongst the companies represented on our stellar speaking faculty are Amazon, Adobe, Mars Wrigley Confectionery, Microsoft, Thermos, Toyota, Under Armour and Wells Fargo. The early bird booking period expires today (Friday 15 September). Book before 11:59pm, using code ONLINEEB, to receive $100 off the standard delegate rate. (TL) 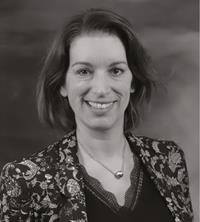