Every Tuesday and Friday, WTR presents a round-up of news, developments and insights from across the trademark sphere. In our latest edition, we look at Colombia’s national IP office launching an accelerated trademark form for commercial brands, Toys-R-Us cancelling its brand auction, Dr. Martens initiating a new infringement lawsuit, the Benelux registry launching a new IP e-learning tool, and much more. Coverage this time from Trevor Little (TL), Tim Lince (TJL) and Adam Houldsworth (AH).

Dr. Martens puts the boot in over alleged trademark infringement – A lawsuit has been launched in San Francisco against YOOX Net-A-Porter Group, which sells footwear products alleged to infringe Dr. Martens’ trademarked lace-up boots. Airwair International, which owns the iconic British shoe brand, accuses the defendant of trademark infringement and dilution, as well as unfair competition, in what is the latest in string of IP lawsuits. In 2017, the company sued Steve Madden on the grounds that it had copied the distinctive Dr. Martens grooved sole edge, undersole and heel loop; and in 2013, it targeted the Chinese Laundry brand with similar accusations. This string of disputes reflects the challenges faced the owners of iconic brands, which inspire varying degrees of imitation in the marketplace. (AH)

Toys R Us IP auction cancelled as investors seek to save brand – The assets of former retail giant Toys-R-Us, including its brand rights, were set to be sold off following the company’s filing for bankruptcy last year. But, in a volte face reported earlier this week, the hedge funds which own the business have decided instead to hold onto the trademarks and to seek to rebuild the company. Evidently they have concluded that the likely proceeds from the planned IP auction were not likely to equal the revenue that can be raised by reviving the Toys R Us chain of stores. (AH)

UK consumers very concerned about food fraud, finds survey – A new study has found that three-quarters of UK consumers think there is a problem with food fraud in the UK, with over a quarter believing they have personally been affected by it. Younger people are more likely than older people to be concerned about food supply chains, the NFU (National Farmers’ Union) Mutual Survey of 2,000 respondents revealed. The study added that confidence in food security in the UK appears to have taken a significant knock following the 2013 UK horse meat scandal. And, while 38% of people expressed confidence in the British supply chain, only 12% and 7% said they trusted broader European and global supply chains respectively. Processed foods are the most worried-about products, with red meat, supplements and canned food also ranking highly among consumers’ concerns. The NFU advises food companies to check suppliers’ supply chain vulnerability assessments, to test final products and to raise awareness about such issues among employees. (AH)

Hotel’s brand more important than location or stars, says study – A new study has found that the reputation of a hotel brand is one of the most important factors for consumers when deciding where to stay. The study from Cornell University’s School of Hotel Administration, “Indexing Hotel Brand Reputation”, addresses the assumption that people choose a hotel based on its star classification or chain scale segment. The study notes: “It turns out that brand reputation and consistency are more critical than originally thought. If a hotel’s brand is a more reliable indicator of reputation than its chain scale or star classification, travelers will lend greater weight to brand when selecting a hotel. Over time, brands that consistently deliver on expectations across their portfolio will carve an increasingly higher market share.” For practitioners in the hospitality sector, such studies lend weight to how important brand management and trademark protection is. (TJL)

Colombian IPO launches “accelerated form exam” for commercial brands – Colombia’s IP office has announced a new option for trademark applications to “reduce the time between filing and publishing their application in the IP gazette”. Called the ‘Accelerated Form Exam’, it is available through the registry’s virtual office at no additional cost to applicants. There are, however, five requirements to be able to use this new option, including it not being available for non-traditional marks and that the application must use a pre-approved list of products/services. According to the office’s delegate superintendent for IP, Mónica Andrea Ramírez Hinestroza, it is “an excellent alternative for users of IP in Colombia as it considerably reduces the time it takes your request to be published”. For rights holders planning to file for registered trademark protection in Colombia, this new option could be one worth taking. (TJL)

BOIP launches IP e-learning tool in English – The Benelux Office for Intellectual Property’s free intellectual property e-learning tool ‘ThatsIP’ is now available in English, the office has announced. The tool provides an easy-to-learn introduction to IP for students and graduates who plan to start their own business. The press release confirmed that the English version was developed by the Benelux office and the Netherlands Patent Office. Such interactive tools are helpful in teaching the public about the key aspects of IP, and the translation into a range of languages helps to bring such education to a wider international audience. (TJL)

Canada Goose admits counterfeits helped raise brand awareness – In surprising public comments, the CEO of fashion brand Canada Goose, Dani Reiss, has spoken somewhat positively on fake goods. In an interview with The Canadian Press, he explained how the company has “spent considerable time and money trying to stop the flow of counterfeit Canada Goose goods”, adding that a major issue is the whack-a-mole activity of producers. “The problem is you close one factory and another one opens. It is hard to imagine seeing the practice stop.” Indeed, he revealed the vast scale of the problem for Canada Goose, stating that the company has removed 30,000 fake online adverts and 1,700 websites that were falsely portraying themselves as official or legitimate sellers of its products this year alone. But in what is described as his “complicated relationship with counterfeiting”, Reiss claimed that fake goods actually had some benefits for the brand in Asia. “It helped raise awareness [...] for people who perhaps didn’t know who we were until we were being counterfeited. It is something that people have referred to as a backhanded compliment and I suppose it is of sorts.” Such comments may be true in terms of raising brand awareness, but it arguably forgoes the significant negatives of fake goods – that the products will be of lower quality and, in some cases, dangerous. (TJL)

Kavanaugh testimony sparks beer trademark – Just over a week ago, the US Senate Judiciary Committee heard testimony from both Judge Brett Kavanaugh and Christine Blasey Ford about her allegation that the Supreme Court nominee sexually assaulted her. On that same day, an Ohio resident filed a trademark application for the term KAVANAUGH BEER, seemingly in relation to Kavanaugh’s repeated utterances during his testimony about his fondness for beer. The application was first pointed out by IP lawyers Josh Gerben and Roberto Ledesma on Twitter, with the latter remarking that “the application will be refused unless Brett Kavanaugh consents to registration”. Reaction to the application included the Beer Law Center commenting “well, whatever the alcohol variety (wine, beer, or spirits), I bet it’ll be bitter”, while trademark lawyer Ed Timberlake imagined what the office action would be: “Based on his televised testimony before the Senate Judiciary Committee, consumers have come strongly to associate Brett Kavanaugh and beer…”. Curiously, Ledesma also pointed out that brewing giant Anheuser-Busch coincidentally filed an application for I LIKE BEER recently – a phrase that Kavanaugh repeatedly used during his testimony (to much social media amusement). So while it’s unlikely this KAVANUAGH BEER application will reach registration, those who want related merchandise won’t be disappointed – there are dozens of Kavanaugh/beer products already being sold. (TJL)

AWA unveils senior hires – AWA has made a number of senior hires, including Richard Lewinson, who was most recently senior group legal counsel and subject matter expert IPR at the Tetra Pak Group, and Martin Jansson, who has joined Gothenburg-based AWA Strategy from SKF, where he managed a global team responsible for developing and implementing the company’s IP strategies, and intellectual asset management capabilities. Joakim Hammarsjö has also re-joined the Gothenburg Office as team leader for team chemical/mechanical. (TL) 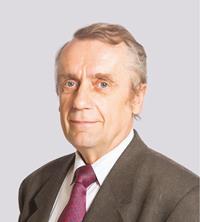