Just what the doctor ordered: the top trademark filer in the US last year was a New York physician

Data from CompuMark has revealed the leading trademark filers at the USPTO last year. In previous years, the top filer has been a major company, but in 2017 it was a New York-based doctor who filed over 300 marks at the USPTO. We spoke with the representative behind these marks, as well as a CompuMark expert who suggests that “trademark league tables might not be dominated by large corporations in the future”.

In analysis published tomorrow (and included in the next issue of World Trademark Review magazine), we take a deep-dive into the operations of, and filing trends at, the USPTO in 2017. It reveals the tidal wave of filings from applicants based in China in the last year, with over 50,000 such applications received – representing a nearly ten-fold increase over the past five years. We also examine the concerns over many of these Chinese applications, with evidence of suspicious specimens (an issue we investigated last year). We also publish the top 50 trademark applicants and representatives from 2017, as well as the top sources for applications (by both US state and national jurisdiction).

One of the big surprises came from the top filing data. Compiled by CompuMark, with a sample published below, the data looked at the top applicants at the USPTO in 2017, with some big brands making an appearance, including Mattel, Samsung, Johnson & Johnson, Target and Wal-Mart. However, the top 10 also includes two individual filers: Steven S Lazar is listed as the most prolific single applicant in the US last year, with Canadian citizen Brian Bereber in sixth place. Also appearing in the top 10 is CKL Holdings, one of the companies owned by prolific trademark filer Michael Gleissner.

Focusing on Lazar; according to HeathGrades.com, he is a 71-year-old physician based in Brooklyn, New York. Before 2017, he had one registered trademark to his name. But that all changed last year, when he filed 312 applications over a few short months – and mystery surrounds the purpose of this prolific activity. It appears that the applications are linked to a business (or business idea) related to doctors operating over different zip codes. One of the trademarks is for the term AREACODEDOCTORS, while the rest are for three digits followed by the word ‘doctors’ (eg, 123DOCTORS). Most of the terms have also been registered by Lazar as ‘.com’ domains (between 2012 and 2017), although none of them are currently active.

We tried to contact Lazar for information about the trademarks, to no avail (we will update this article if he gets in touch). However, we also reached out to Israel Nissenbaum, the correspondent on all of Lazar’s 312 applications. While he could not, of course, provide any confidential information about his client, he did tell us about the unique challenge of single-handedly filing over 300 applications. “Previously, the most trademarks that a single client asked me to file at one time was five, and I have done that numerous times,” he told us. “Therefore, my personal challenge was to get all 300+ applications on file in the shortest possible time – taking into account boredom and fatigue – and I used several strategies to do so (as I filed them personally without paralegal or secretarial help). I utilised Google Chrome’s automatic fill-in feature for the repetitive common fields. I also set-up cut and paste documents that I could toggle between, to cut and then paste relevant text into specific fields when the Chrome fill was not useful. In total, the filings took about three weeks of non-continuous effort.”

Initially, Nissenbaum explained, he advised Lazar that a ‘less is more’ approach could be more effective. “The original thought was that 10 or 15 marks would serve the umbrella protection purpose, but this was still deemed insufficient,” he tells us. “[Ultimately], with a project of this size everything is logistically difficult, from the initial filing to the processing at all stages, especially when all work is being essentially done by myself.” Similar to Lazar, Nissenbaum has been practising in his chosen field for many years. He has been an attorney handling patents, trademarks and other IP matters since 1974, and has previously worked as a patent and trademark counsel at Duracell and Mechanical Plastics Corp, and at Pfizer as a senior patent counsel. He has also worked at law firms, including most recently at Ostrolenk Faber. Today, he says: “I am in my seventies and work for myself, primarily with private clients for both patents and trademarks.”

So far, according to TMView, none of Lazar’s applications have reached registration. Talking to World Trademark Review, CompuMark’s director of custom & managed solutions, Robert Reading, says that, to his knowledge, an individual filer has not been the leading annual filer on the US register before. There are many reasons that so many individual filers appeared in the 2017 top filers list, he suggests, including:

For now, Reading adds, time will tell whether these individuals – be it Lazar, Brian Bereber, Michael Gleissner or others (in the US and other jurisdictions) – will find success with their trademark portfolios. “It may turn out that actual use is a barrier to registration, or that some of the applications are not deemed registerable, so the jury is still out on their level of success. However, there is no doubt that if a successful business model does emerge, then we should expect to see more individual applicants follow in their footsteps, and trademark league tables might not be dominated by large corporations in the future.”

It is worth noting that, if subsidiaries are rolled up into a parent company, Lazar falls to fourth place of top filers in the US last year (that table is published below too), with National Amusements (CBS, Viacom), Time Warner and Mattel ahead of him. Nonetheless, we’ve written about numerous individuals in the past couple of years that appear to see a potential windfall from prolific trademark activity – and that looks set to continue in the years ahead.

See below for the top trademark applicants at the USPTO last year. The full data will be published tomorrow: 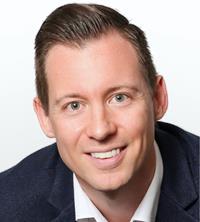