The nominations window for the WTR Industry Awards 2017 closes on December 13. Act now to ensure that the leading in-house trademark departments, groups and individuals receive the recognition they deserve.

Last year the awards ceremony, held in Orlando, celebrated a decade in corporate trademark excellence. Next year’s awards ceremony will take place in Barcelona on May 23 2017, and if your colleagues or clients fit the bill and deserve recognition for their first-rate endeavours, you have just a week submit nominations.

To do so, simply complete the relevant sections of the form and outline the reasons for your nomination. Self-nomination is accepted, but nominations must be for in-house teams and individuals – any nominations for private practice/law firm professionals will be disregarded.

To select the winners, World Trademark Review conducts independent research based on nominations provided by the global trademark community. Nominations will be held in the strictest confidence and will not be disclosed to any third parties.

This year the nominations will also form the basis of a unique new publication, WTR 300: The World’s Leading Corporate Trademark Professionals, which will identify and profile the counsel that the wider trademark community have singled out as the industry’s strategic leaders. 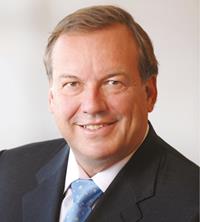