Every Tuesday and Friday, World Trademark Review presents a round-up of news, developments and insights from across the trademark sphere. In our latest edition, we look at a call for an annual Trademarks Day, the Chilean and Jordan IP offices joining TMview, Jack Daniel’s suing a whiskey rival, and China pledging to step up IP protection efforts. Coverage this time from Trevor Little (TL), Tim Lince (TJL) and Timothy Au (TA).

Lionel Messi secures major trademark win at the EU court – The EU General Court has decided in favour of Argentine footballer Lionel Messi in his dispute with bicycle clothing and equipment brand Massi. The Spanish company had claimed that Messi’s attempt to register his name as a trademark for sports equipment and clothing would cause confusion among consumers. But the EU court ruled that the football player’s fame “counteracts the visual and phonetic similarities” with Massi. The Spanish brand, however, still has the option to appeal the decision at the EU’s highest court.  Last summer we compiled a list of registered trademarks owned by some of the world’s leading footballers and Messi – with 33 – trailed only Neymar. At that point, he owned more than twice as many trademarks as rival Cristiano Ronaldo. That he wants to protect and monetise his name – which, after all, will remain his key asset once he hangs up his playing boots – is therefore no surprise. (TA)

Jack Daniel’s sues whiskey rival over trademark square bottle – Jack Daniel’s has sued the makers of Lonehand Whiskey for trademark infringement and dilution, as well as false advertising and unfair competition over similarities to its square bottle design. Brown-Forman, the owner of the Tennessee whiskey brand, has filed a complaint against Dynasty Spirits and Buffalo Bayou – the producer and distributor respectively of Lonehand Whiskey – claiming that the “inferior quality” whiskey brand “has impaired, and will continue to impair, the distinctive quality of the Jack Daniel’s trade dress in the marketplace”. Lone Whiskey is sold in a similar looking bottle that features the phrase ‘Tennessee Sour Mash’. Brown-Forman alleges that this product had been “unlawfully marketed” and that its competitor had “pursued of conduct and an international business strategy designed to mislead and deceive customers”. For those in the beverage space, this could be a dispute to watch. (TA)

Chilean and Jordan IP Office join TMview – The National Institute of Industrial Property Office of Chile (INAPI) and the Jordanian Industrial Property Protection Directorate under The Ministry of Industry, Trade and Supply (IPPD) both announced this week that they are making their trademark data available to the EUIPO’s TMview search platform. The move sees the addition of 146,000 trademarks from IPPD and 575,000 from INAPI, and brings the total number of participating offices to TMview to 65 (and 49.8 million trademarks in total). (TJL)

China to step up IP protection efforts – This week China’s State Intellectual Property Office (SIPO) announced it will establish more intellectual property centers and pledged to better protect IP rights in a bid to attract increased foreign investment. In 2017, Chinese courts settled 203,000 IP rights related cases, up 38% year on year, with police authorities investigating 17,000 cases related to IPR violation or making and selling counterfeit products, involving a combined sum of 6.46 billion yuan ($1.02 billion). Shen Changyu, head of SIPO, stated that China’s strengthening of IP protection is not only due to international obligation but also because the country’s own development demands it. (TL)

MARQUES reports on Anti-Scam Network efforts – Last week in Alicante, the 3rd Anti-Scam Network meeting was held at EUIPO, with attendees including various European offices, WIPO, Europol and several user associations. One of the latter was MARQUES and on the Class 46 blog the association provided an update on efforts to counter the threat of fraudulent and misleading invoice scams. Among the issues discussed were IT measures (EUIPO has already put in place tools such as web application firewalls to avoid webscraping), whether associations can send misleading invoices to a central repository and the possibility of warnings being included on trademark application forms.  (TL)

Red Points launches knowledge initiative – This week in Barcelona, Red Points launched the ‘Red Points Academy’, an online learning center which offers a free online course and a certification on how to detect, validate and enforce intellectual property across the web. The course is aimed at professionals who work in IP protection and want to expand their knowledge in this area, as well as those who are entering the world of IP and seeking a foundation in the subject. It is divided into six modules, each containing two lessons. The modules cover a range of IP protection topics, tackling the fundamentals, types of infringements and channels found online, strategies and best practices, brand protection automation, and reporting and intelligence, as well as a module focusing on the future trends in the sector. (TL)

Over $1bn in counterfeits destroyed in Jamaica as customs calls for harsher fines – The Jamaica Gleaner reports that Jamaica’s Counter-Terrorism and Organised Crime (C-TOC) Investigation Branch has destroyed $1.2 billion worth of counterfeit goods – which were seized by police last year – at the yearly ‘Destruction Day’ at Kingston. Warning that the offending items “come from all sectors”, Fitz Bailey, the assistant commissioner of police and head of C-TOC, stated at a press conference this week that the increasing prevalence of counterfeit goods is “a worrying development”, and that it needs “an immediate concerted, comprehensive joint response from stakeholders and authorities at the national and international level.” It was announced that C-TOC would be embarking on a campaign to educate the public on the danger of counterfeit goods; meanwhile, the Jamaica Customs Agency has called for harsher penalties for those who breach the Customs Act. The director of the agency’s contraband enforcement team, Albert Anderson, highlighted the fact that the agency is “in the process of creating a new Customs Act that will be more effective in dealing with the current realities as the current Act does not effectively address several areas of concern”. (TA)

Counterfeiters busted by Hong Kong customs – The South China Morning Post has reported on five recent counterfeit operations by customs officials in Hong Kong. As most brand owners will know, Hong Kong’s close proximity to China means that it is rife with fakes being sold. But a recent rise in local media coverage about the issue suggests the regional law enforcement wants to send a message to counterfeiters that they are cracking down. One of the operations mentioned in the article is particularly interesting. Specifically, five people were arrested – two stall owners and three sales staff – after being found to sell so-called “fake oranges”. The oranges were not inedible or dangerous, however, but were labelled as American-grown Sunkist when the oranges were found to be citruses grown in North Africa. Over 5,200 oranges were seized – but curiously, the entire operation began due to a single shopper who noticed a difference in taste between those on the market and Sunkist oranges and reported it to customs. It demonstrates, then, that brand fans can be the best friends of trademark departments and those fighting the scourge of fakes. (TJL)

Leading media outlet finds Amazon “awash with counterfeit goods” – One of the most read news websites in the world, The Guardian, has published a new investigation into counterfeit goods on Amazon. In it, reporter Alex Hern claims the website is “awash” with fakes, claiming he found “knockoff items and used goods sold as new”. For many brand owners, the findings of the investigation will not come as a surprise – we’ve written extensively on growing concerns about fakes on Amazon in the last couple of years – but it will no doubt be a blow to PR representatives at the retail giant. Indeed, as the article notes, Amazon “removed five counterfeit items from sale” after being contacted by the reporter. Outside of immediate damage control like that, such media coverage can also spur wider change – so rights holders who have seen the issue of fakes on Amazon grow in recent years should have fingers crossed that even more action will be taken. (TJL)

As World IP Day passes, lawyer calls for annual Trademarks Day – Some readers may have noticed that #WorldIPDay hasgtag was trending worldwide yesterday, confirming that the annual World Intellectual Property Day has become an increasingly important day to raise public awareness about IP. The theme of the day was ‘Powering change: Women in innovation and creativity’, and there were dozens of events, webinars, articles, and interviews around the world on that important topic (including on World Trademark Review). But one trademark and copyright lawyer, Timberlake Law’s Ed Timberlake, suggested something on Twitter that I’m sure many readers will agree with: “#WorldIPDay seems an appropriate time to suggest that it'd also be cool if we had a #TrademarksDay.” The tweet has been liked and retweeted nearly 30 times now, suggesting some appetite for a dedicated celebration to the positive contribution of trademarks. But one attorney replied to the comment with a good point: “We have a multi day trademark celebration every year - INTA.” Nonetheless, perhaps Timberlake is on to something. The question now is, what dates for World Trademarks Day? Our suggestion would be June 23, which is the date when the world’s first comprehensive trademark system was established in France in 1857. (TJL)

Awapatent announces promotions – Awapatent has promoted Kristina Walls, former manager of business area south in Sweden, to country manager. The move is part of a restructuring of the firm to “improve collaboration, focus even more on our clients and improve and develop our core offering in Sweden”. Marie-Louise Lindblom has also been appointed chief digital officer to develop the firm’s digital platforms and services. (TL)

WTR Industry Awards shortlist revealed –  The WTR Industry Awards, now in their twelfth year, shine a spotlight on the vital work performed by in-house counsel across the globe and identify the teams and individuals that deserve special recognition for their exceptional achievements over the past year. This year’s winners will be revealed in May at a private ceremony at the Seattle Art Museum. In advance of the event, World Trademark Review is pleased to present the full shortlist, available here. (TL) 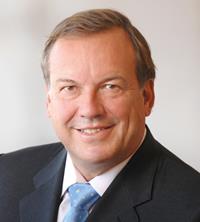