Every Tuesday and Friday, WTR presents a round-up of news, developments and insights from across the trademark sphere. In our latest edition, we look at Jägermeister wanting a KÜHL trademark registration declared invalid, the CCFN applauding the US stance on GIs in meetings with the EU, the Chilean IP Office giving an update on its headquarters attack, and much more. Coverage this time from Trevor Little (TL), Bridget Diakun (BD), Jonathan Walfisz (JW) and Tim Lince (TJL).

INTA issues coronavirus update – With the INTA Annual Meeting heading to Singapore in April, the association has confirmed that it “is proceeding with our 2020 Annual Meeting as planned” after the worrying spread of the coronavirus emergency. The World Health Organisation (WHO) has now declared a global emergency due to the spread of the virus, which at time of writing is associated with a death toll of 213. The situation is a fast-moving one so INTA is now monitoring updates from the WHO and Singapore’s Ministry of Health, and states: “First and foremost, our sympathies go to all Chinese citizens and in particular to all INTA members and their families in China, as well as to others around the world affected by the coronavirus infection. INTA is of course monitoring this public health situation very closely, and, if necessary, will make any announcements regarding our 2020 Annual Meeting in due course.” (TL)

Brand management software startup raises $22.3 million – Frontify, which is described by TechCrunch as a brand management startup, has announced $22.3 million in funding to continue its international expansion and the development of technology needed for its SaaS platform. The company, which is co-headquartered in Switzerland and New York, sells a tool that helps businesses to manage any kind of brand-related project work. It has been around since 2013, but experienced strong growth in recent years, accumulating more than 2,500 customers including Facebook, Dyson and Vodafone. Frontify initially offered a service for clients to create image repositories so they could organise and update brand assets in a simple way and integrate this into their websites. The goal of the Frontify team is to help shape brands and allow businesses to coordinate their assets. The amount of investment being poured into Frontify indicates that greater interest will be paid to technological solutions for brand management, and is also a reflection of the need for companies to have a solid approach to branding. (BD)

CCFN applauds US stance on GIs in meetings with EU - The Consortium for Common Food Names (CCFN), the US Dairy Export Council (USDEC) and the National Milk Producers Federation (NMPF) have “expressed appreciation for US Agriculture Secretary Sonny Perdue's denunciation of geographical indications (GIs) as trade barriers”. The associations state that, in recent meetings with European agriculture and trade officials, Perdue argued that the European Union (EU) must drop its “aggressive campaign to confiscate common food names” in order to successfully negotiate a trade deal with the US. They go on: "The EU's patently unfair trade policies, including the misuse of GI protections, have resulted in a lopsided trade dynamic where trade benefits only flow one-way: toward Europe. As Secretary Perdue rightly noted, Europe's unfair trade barriers have less to do with preserving the rights of legitimate GIs than with restricting competition from exceptional US products. We commend Secretary Perdue for his firm stance defending the rights of US farmers and food producers to use the common names consumers know and love. Dismantling EU trade barriers that drive the dairy deficit and cause undue harm to our industry must remain a top priority in negotiations with the EU.” The statement could also serve as a warning to the UK government about the stance that will be taken on GIs once trade negotiations open up post-Brexit. (TL)

Victoria’s Secret could be sold – L Brands’ famous lingerie brand, Victoria’s Secret, has been struggling with sales for a number of years, partially because of its inability to refine its brand, as reported by WTR. Adding to its woes are reported ties between CEO Leslie Wexner and sex offender Jeffrey Epstein. It comes as little surprise, then, that the company has announced that Wexner is in talks to step aside from his role, and the business is also looking at options for Victoria’s Secret. According to Reuters, L Brands is speaking with PE firm Sycamore Partners for either full or partial sale of the brand. (BD)

Greta Thunberg applies for trademarks to protect climate change message – Climate change activist Greta Thunberg has announced her applications to register trademarks for her name and the phrases ‘Fridays For Future’ and ‘Skolstrejkförklimatet’. The 17-year-old announced the applications in an Instagram post, noting that her intention behind the applications is to stem the use of her name and the names of her climate change movements “for commercial purposes without any consent whatsoever”. She also stated that she intends to use the trademarks to protect a not-for-profit foundation that exists to manage the finances that Thunberg is gaining through book royalties, donations and prize money. The foundation will then filter that money into methods of promoting “ecological, climate and social sustainability as well as mental health”. The applications follow WTR reporting that unauthorised trademark applications related to Thunberg had been filed last year. In an article from September 2019, Peter Ruess, a partner with Arnold Ruess in Düsseldorf, strongly recommended that the climate activist secure registered trademark protection – or face the consequences: “For Thunberg, I would recommend an EU trademark, that would cover the issues in this case, and then think about the United States. If she has people that can finance her a transatlantic journey for her, then she will hopefully have people that can help finance at least an EU trademark to protect her personal brand.” (JW)

Jägermeister wants KÜHL trademark declared invalid – Jägermeister has filed a suitagainstAlfwearin an attempt to declare its KÜHL trademark invalid, reports West Fair Online. The US arm of the Germany liquor company, Mast-Jägermeister, argues that although it does not use the German word ‘kühl’, or ‘cool’ in English’ as a trademark, it is used as a description in its advertising. Therefore, Jägermeister argues “an injunction will prevent further harm to other market participants who attempt to use a merely descriptive word to conduct and advertise their businesses.” Alfwear is a clothing brand which conducts business as KÜHL Clothing and owns ten KÜHL trademarks. (JW)

Sky and SkyKick ‘pleased’ with groundbreaking ruling – Earlier this week, we reported on the Court of Justice of the European Union handing down its long-awaited decision in Sky v SkyKick. In it, the CJEU ruled that a trademark cannot be nullified only because it is vague or unclear – seemingly a bonus for Sky. However, it also said that filing a trademark application for a product or service that is never intended to be used could be considered “bad faith”. That, on the other hand, is a positive for SkyKick. For that reason, then, Seattle company SkyKick has told Geekwire that it is “pleased” with the ruling, expanding: “It is a judgement that is also of broad importance to all businesses looking to clarify the scope of European trademark registrations. We look forward to the next step of the process when the European judgement will be considered by Lord Justice Arnold in the coming months.” For Sky’s part, the company said in a statement: “We welcome the judgement of the CJEU. We have always acted in accordance with our understanding of trade mark law and normal commercial practices as used by other companies seeking to protect their valuable trade marks.” In an industry that is generally regarded as ‘win or lose’, it’s refreshing to see both parties coming away relatively happy. However, that may not be the case once the case is decided at national level. (TJL)

Israel changes international designation fees at WIPO – The World Intellectual Property Organisation (WIPO) has announced a change in Israel’s fees for international registrations. The fees (all in Swiss francs) for applications in one class is now 469, and for each additional class is 352; while renewal is now 836 for one class and 706 for each additional class. These changes will come into effect on 23 March 2020. (JW)

Undersecretary of Economy assesses damage of INAPI attack – Earlier in January, WTR reported on damage sustained at the headquarters of the Intellectual Property Office of Chile (INAPI). It followed protesters breaking into the registry’s building and proceeding to destroy furniture, windows and electronic equipment on the first two floors. On top of that, fires were also started that caused irreparable damage to parts of each floor. It led to INAPI immediately suspending all face-to-face services with users, with some operations moving to other floors of the headquarters. This week, almost a month following the attack, the INAPI announced that Esteban Carrasco, Chile’s Undersecretary of Economy, toured the building to verify the damage suffered by the registry. He was guided around the building by national director Loreto Bresky, who “informed him about the contingency measures adopted, with the safety of officials being the main concern, as well as the progress in the area of ​​debris removal and preventions to prevent accidents and safeguard security in areas that resulted in the greatest amount of damage”. Following the tour, Carrasco heralded the registry’s staff, saying: “It is necessary to highlight the resilience of the INAPI team, which day by day work to promote such important initiatives and that promote entrepreneurship in the localities of our country. This, despite having to face the difficulties of being located in the zero zone. Their commitment and public vocation is remarkable.” (TJL)

Barnes & Thornburg expands Chicago office – Barnes & Thornburg has announced the appointment of Stephen C Smith to partner within the firm’s IP department in Chicago. This hire is building on previous efforts to build out the IP practice, with Barnes & Thornburg adding a team of 10 life sciences patent attorneys in late 2019. Smith focuses his practice on patents, and covers the full spectrum of these matters. He draws on his experience as a supervisor and engineer at a naval power plant facility to help advise his clients. (BD) 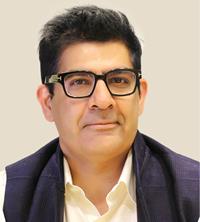