While disputes over pharmaceutical trademarks are few and far between, decisions can have a significant effect on product manufacturing and public health.

There is no shortage of trademark disputes in Malaysia, but those involving marks applicable to pharmaceutical products are few and far between – some are not even reported. However, given the importance of these decisions on pharmaceutical products and their impact on public health, when they do come under the spotlight, they could well be landmark cases that go all the way to Malaysia’s highest court.

One such example is Rotta Research Laboratorium SpA v Ho Tack Sien ([2011] MLJU 1133), which began at the High Court and involved two plaintiffs and six defendants.

Parties to the case

The first plaintiff was an Italian company for the research, development and manufacture of various pharmaceutical products, including a glucosamine sulphate-based drug called Viartril-S, which is used for the treatment of osteoarthritis. The VIARTRIL-S trademark has been registered in Malaysia under Class 5 since 1976. The plaintiff also held the product licence for Viartril-S, issued by the Malaysia Ministry of Health.

The second plaintiff was a local company, which had been the distributor appointed for the sale of Viartril-S in Malaysia since 1979.

The second defendant, the wife of the first defendant, was also a pharmacist and was engaged by the second plaintiff to provide part-time consultancy services before being terminated for similar breaches as her husband.

The third defendant was a company incorporated by the second defendant together with her father-in-law. This defendant had been the registered owner of the ARTRIL250 trademark since 2002 and was the distributor and seller of Artril250 products.

The plaintiffs claimed that the defendants were guilty of trademark infringement and the tort of passing off through dishonest conduct with the intention of stealing the plaintiffs’ business and misappropriating their goodwill by making, distributing and selling Artril250, which contained the same drug found in Viartril-S but which was packaged for sale in a get-up deceptively similar to the plaintiffs’.

The High Court upheld the plaintiffs' claim under Section 38 of the Trademarks Act 1976 and found that, phonetically and visually, the VIARTRIL-S and ARTRIL250 marks were confusingly similar. The court stated that the suffix ‘250’ did not lessen the similarities between the two marks and went on to say that the mere addition of prefixes or suffixes to a mark does not prevent infringement.

Applying the established case-law test in determining whether “a person who has general recollection of a mark is likely to be deceived or confused” into thinking that the mark before them is the same as another, the High Court held that ‘viartril’ and ‘artril’ are deliberately coined words, which are not ordinarily used by members of the public. This makes it more difficult to recollect the names than when competing marks are words with a meaning recognised by the public.

The court made an important judicial observation in Rotta regarding pharmaceutical products. Most consumers using drugs to treat osteoarthritis are elderly individuals, who:

This is reminiscent of Leo Pharmaceutical Ltd A/S v Kotra Pharma (M) Sdn Bhd ([2009] 5 MLJ 703), in which the court held that if parties’ goods or services are in direct competition with each other, only a small degree of similarity is required to establish the likelihood of confusion. Moreover, the requirement for such likelihood is lower in cases where drugs or pharmaceutical products are involved, since human life and health are at stake.

Unfortunately, the Federal Court did not address these questions because the case did not meet the statutory condition for an appeal to the highest court.

There was evidence of actual confusion in Rotta. At least two prosecution witnesses – a doctor and a pharmacist – had associated Artril250 with Viartril-S and sent an order request for Artril250 to the second plaintiff, under the impression that the third defendant was a representative of the plaintiffs. This clearly demonstrated that the presence and availability of Artril250 in the market had confused the prosecution witnesses. This confusion was significant because the witnesses were both qualified medical professionals who had had previous dealings with the second plaintiff over a significant period.

The trial court also held that there was passing off of the plaintiffs' product by the defendants, misrepresentation by the defendants and that the plaintiffs had suffered damage to their goodwill and reputation as a result. The court observed that the plaintiffs had been doing business in Malaysia for several decades and had promoted their products extensively throughout this period through advertising, forums and events. The plaintiffs had also obtained studies on the effectiveness of their product as a marketing strategy. The reputation of the plaintiffs and their product was such that it had been mentioned in reputable medical journals. On the issue of misrepresentation, the court opined that given the aural and visual similarities between the marks, it would be sufficient if the misrepresentation was intended to indicate an association between the parties’ businesses. Since, in this case, the goods were in direct competition, the court readily inferred a likelihood of damage because the very existence of the defendants’ competing product immediately served to deny the plaintiffs the exclusive right to market their Viartril-S product. The court also accepted the plaintiffs’ evidence that they had incurred expenses through additional advertising and employment of staff to mitigate the presence of Artril250 in the market.

In finding that the plaintiffs’ trademark had been infringed, and pursuant to Section 45 of the Trademarks Act, the trial judge ordered that the ARTRIL250 trademark registration be expunged from the register on the grounds that it was entered without sufficient cause and wrongfully remained on the register.

The Court of Appeal (Ho Tack Sien v Rotta Research Laboratorium SpA (2012, MLJU 1192)) affirmed the trial judge's findings regarding the facts on infringement and passing off. However, it held that the High Court should not have ordered the expungement of the defendants' ARTRIL250 registration on the following grounds:

After granting leave for a final appeal, the Federal Court decided to maintain the finding of infringement and passing off by the defendants but set aside the Court of Appeal’s order that the defendants’ mark was registrable. The appellate court’s finding that once a mark was registered, it was prima facie a valid trademark is actually a rebuttable presumption. Registration is not a defence to trademarks wrongfully entered on the register. Once there was evidence to show that the registration was invalid and should not have been granted in the first place, neither the court nor the registrar had discretion to allow the mark to continue to remain on the register.

Section 40(1)(f) of the Trademarks Act applies only to a right to use a mark that has been validly registered under the act. Otherwise, this sub-section could override a registration obtained by fraud under Section 37(a) or a trademark obtained contrary to law under Section 14(1)(a), thus providing a valid defence. This was not the intention of the legislature.

The Federal Court further held that the approach adopted by the lower appeal court, in that the Registrar of Trademarks should have been made a party or heard in evidence before a rectification to the register was made, did not accord with the statutory provisions. Such an approach placed the registrar in an invidious position of participating in the proceedings in favour of one side, destroying the neutrality of his office. Even if the registrar had given evidence, it was ultimately for the court to decide whether there was a real likelihood of confusion or deception. 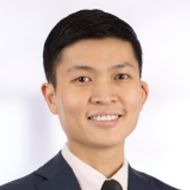