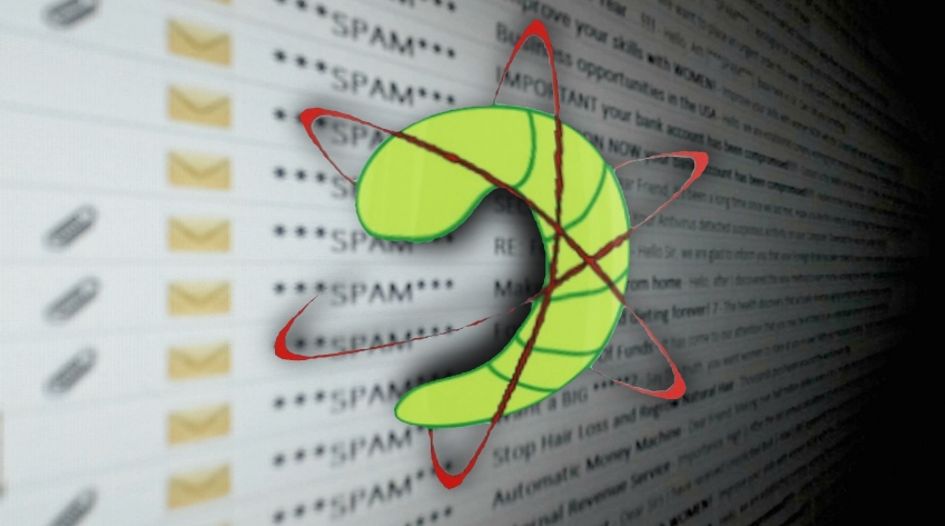 A popular YouTube channel is raising awareness of fraudulent emails through so-called ‘scambaiting’ videos which have garnered millions of views. Talking to WTR, content creator Mike from the Atomic Shrimp channel reveals the changing nature of scam emails and outlines what major brands can do to more effectively combat this long-time foe.

Ever since the inception of email communication, it has been widely used to defraud people. The methods of email-based scams have become widely known and often ridiculed, with the stereotype of ‘a Nigerian prince offering millions of dollars’ – an example of an advance fee scam – being regularly referenced in movies and TV shows. These scams increasingly target the most vulnerable in society, with fraudsters often claiming to be working for well-known brands in an effort to be more credible. In some cases, victims supply bank account details (and other sensitive information) and pay large sums of money to fraudsters. In the worst cases, victims have been kidnapped, held for ransom, and even murdered. It can also lead to victims being accused of breaking the law too. As a well-known New Yorker article from 2006 reported, a Massachusetts psychotherapist ended up in a US District Court on charges of bank fraud, money laundering, and possession of counterfeit checks – all of this after falling for an email scam.

It is perhaps the ubiquity of scam emails that has seen videos on this subject become so popular on YouTube channel Atomic Shrimp. Over the past couple of years, content creator Mike (who prefers not to reveal his full name) has posted over 20 videos in which he replies to scam emails in an effort to waste the time of the criminals behind them – or ‘scambaiting’ as it is known. Over that time, repeated characters and tropes have been introduced in the videos (including a musician singing the text from emails, and quotes from scammers subsequently used on merchandise) and the series has garnered quite a following. For example, the first video in the series – in which Mike replies ‘OK’ to a scammer repeatedly – has been watched nearly 7 million times, with other videos attracting millions of views.

While most of the videos are humorous in tone, they don’t shy away from pointing out how dangerous and unethical the scammers are. Mike also contacts major brands and domain registrars to report websites and bank accounts being used for fraudulent purposes. The key message that is often reiterated in his videos is that spreading the word about scam emails is key to defeating them. In conversation with WTR, Mike says: “Publicity and information is our most effective weapon against these horrible criminals – getting the message out to vulnerable people, and more importantly, getting them to believe it, is how we can best impact the scamming industry.”

The Atomic Shrimp was launched by Mike in 2008, and today it has over 400,000 subscribers. The content is varied – from food and crafts to inventions and technology – with scambaiting being a relatively new addition to the channel. Outside of content creation, Mike works in IT, and tells us that he has had to “provide support and rescue to businesses that have fallen victim to cyber attack, scams and phishing”. For that reason, then, he is well aware of the dangers of scam emails.

While Mike has been creating videos about ‘scambaiting’ for two years, he explains that he has a long history with it. “I think I first encountered the concepts of scambaiting about 15 years ago via posts on message boards (which were the social media of their day) – including one quite prominent community called 419Eater,” he says. “Back in those days, it was possible for scambaiters to direct scammers to do quite absurd and funny things in order to try to pursue the scam; one notable example being the story of 'the Church of the Painted Breast', where a scambaiter managed to convince a scammer to enrol in his entirely fictional religious order, by photographing himself topless with a red circle painted on his chest. I suppose it felt like very poetic justice to be embarrassing and frustrating these criminal scammers, especially as the law seemed not to touch them.”

With his own dedicated email inbox dedicated to scambaiting (Mike advises anyone considering it to never use their personal email address), he has witnessed how fraudulent email campaigns have changed over the years. “Back in the day, scammers were more aggressive and dangerous (it was not uncommon to hear stories of people flying out to Nigeria and being held to ransom, or murdered), but their commitment also made them more gullible,” he explains. “In the modern world, advance fee scammers are typically impatient and suspicious, and it's actually quite difficult to perform any kind of nonsense with them before they just disconnect. They do move with the times though and they will seize upon any current theme to try to spin a scam off it; only today I received a scam email telling me the Word Health Organisation wants to send me $190,000 as a covid-19 relief grant…”

Over time, Mike has read thousands of scam emails, and he has noticed numerous trends – especially in relation to brands that are often used by fraudsters. Unsurprisingly, international banking brands are “the most common brands to be misused by advance fee scammers”, he says, with HSBC very often used by criminals (in one video, Mike reports a fake HSBC website used in a scamming campaign). “They also name-drop Google, Microsoft, various national lottery organisations (some of which may not actually exist), as well as many non-brand bodies such as the United Nations, World Health Organisation and others,” he adds.

Indeed, reporting is a key part of the scambaiting, with Mike often getting the fraudsters to reveal identifying information about themselves which could be used in a potential investigation. However, he tells us that improvements should be made to the process of reporting scams. “A couple of the banks I have reported to – including HSBC and ING – had quite good, clear and useful reporting mechanisms, and this made me feel like it was worth doing,” he states. “Ultimately, there are recognised themes of scamming (eg, phishing, identity theft, advance fee fraud) and there should be industry-wide standards for reporting them, and state-supported methods for acting on those reports. It shouldn't be that hard to make scam reporting a universal and consistent thing; much as there have emerged rather standard ways to contact a company and ask questions or make complaints, there should be standard ways to report fraud.”

Another form of scam reporting is to domain registrars, with criminals often using infringing domains to mislead potential victims. For Mike, reporting domains to registrars has been “moderately successful”, but there have been some issues. “In fact, another scambaiter contacted me yesterday to discuss next steps after he had tried to report a fake bank signup page to the domain registrar and they had responded that they could not do anything about it,” he added. “I advised him to ask them for an escalation contact so he could further discuss how they were aiding and abetting fraud. Overall, it's like that whack-a-mole game at the fairground; as soon as you clobber one scammer's fake site, they just pop up somewhere else. It's too easy for them. Perhaps there is some technological solution that could be applied to this, such as machine learning algorithms trained to recognise fake versions of established brands.”

Ultimately, though, it is increasing awareness that Mike says is key to winning the fight against fraudulent emails, especially when it comes to advance fee scams. In that regard, the videos on the Atomic Shrimp are helping, and so too are recent efforts from financial brands, he notes: “I can't tell you how much it pleases me to see Lloyds Bank announce on TV that they will never call a customer to tell them to move their money to a safe account, and how much it warmed my heart when, on transferring a large sum of money to my mortgage lender, Barclays made me answer some very specific questions, designed to reveal if the payment was related to a scam.”

In concluding his chat with WTR, he urges everyone – from brand protection professionals at major brands to viewers of his channel – to “do anything they can” to combat email fraud: “It might be a big thing, like deciding to champion anti-scam initiatives within your brand or organisation, or a small thing, like thinking about vulnerable people you know and talking to them about it. But do something. I feel – and I am sure this is a naive notion – that it ought to be possible just to tell everyone about scams, and end them overnight. Obviously it can't be that simple or we would have done it already.  But information and education is definitely the warpath we should tread. Of course, if we ever managed to stamp out scams completely, that's also the end of my capacity to make (informative) video entertainment out of it, but still, I would love to see that world come about.”