In a decision which one trademark attorney characterizes as “good news for brand owners”, the UK Intellectual Property Office (UKIPO) has upheld an earlier decision which dismissed entrepreneur Michael Gleissner’s attempt to register the common name ALEXANDER as a trademark. The decision includes the startling reveal that entities related to Gleissner account for 5% of all live contested trademark cases in the UK – demonstrating the unprecedented volume of the millionaire’s filing activity.

As we have reported on extensively, German-born film director Gleissner has become notorious to trademark owners around the world for his rampant filing activity. Research conducted by World Trademark Review has revealed an unprecedented level of activity, including the discovery of over 1,000 UK company names in which he is the sole director. Those entities were subsequently used as the applicant name on upwards of 4,400 trademark applications in at least 38 jurisdictions. On top of that, we discovered that entities linked to Gleissner own at least 5,300 domain names. While such activity is entirely legal, his motivations remain mysterious and have  been described by one expert as more “sophisticated” than anything seen before. We have compiled much of the data into a single searchable document, The Gleissner Files.

The latest development is an opposition decision at the UKIPO. Issued yesterday, the office upheld a decision which dismissed an attempt to register the term ALEXANDER as a trademark by a Gleissner-related entity, CKL Holdings NV. The opposed mark is one of countless other common names he has filed applications for across the world, including ASHLEY, DONALD, ELIZABETH, EMILY, HARRY, JOHN, MARIO and PETER  – many of which have reached registration (including all those referenced). The ALEXANDER mark, on the other hand, was rejected on the basis that there was no sound business reason to use it. The decision referenced statements from the hearing officer in the initial decision, Allan James, including that there is an “absence of any apparent commercial logic for the filing pattern of the applicant and/or Mr Gleissner’s other companies”, and that there is “evidence that companies controlled by Mr Gleissner have been found to have abused legal systems”.

The hearing officer also made a suggestion on how the mark could be used if accepted, which Geoffrey Hobbs QC appears to agree with: “In my judgment, the opponent has presented a prima facie case that the contested mark is part of a blocking strategy intended to obtain financial benefit from third parties who are likely to be already using, or who are likely in the future to wish to use, trade names including, in this case, the name ALEXANDER in order to distinguish their goods or services.”

The decision ended with some shocking statistics on the scale of UK legal proceedings that Gleissner is involved in. As of November 30 2017, entities related to Gleissner were party to 97 live contested trademark cases before the UKIPO (some of which we have written about). In total, that makes up an incredible 5% of all live contested trademark cases in the UK. That’s not all; that proportion of cases has actually been falling - at one point a few months earlier they accounted for 8% of all contested UK trademark cases. Reacting to these startling figures, Tania Clark, partner and trademark attorney at Withers & Rogers, issued a warning to brand owners: “Such litigation can disrupt the marketing strategies of businesses affected and in some instances, delay their own brand registrations.”

Reiterating that point is Barbara Cookson, a patent and trademark attorney at Filemot Technology Law, who tells World Trademark Review that she has personal experience in the disruption caused by Gleissner's activities. "I've only had one client affected by his actions, [and] we managed quite effectively with a much less expensive company names tribunal challenge," she explains. "Other brand owners seem to have spent a great deal more money. He clearly hasn't much love for mainstream advisers and is probably enjoying watching them spend a lot of time and money dealing with situations that possibly are not that threatening to their brands."

Reflecting on the latest decision, Clark concludes that it is ultimately “good news for brand owners”, adding: “Gleissner's activities, which can only be described as ‘trolling’, have been frustrating trademark systems and his actions have not gone unnoticed. The decision makes it clear that the UKIPO is unwilling to tolerate ‘trolling’ behaviour, where individuals seek to obtain trademarks for no other reason than to extort fees or disrupt the activities of legitimate businesses. Brand owners will be hoping that the UKIPO continues its efforts to prevent Gleissner from misusing the trademark registration system.” Cookson, on the other hand, is more sceptical: "I think Gleissner thinks he's had a very bad deal from the trademark system, and being rather an affluent gentleman decided to try and turn it to his advantage. However, the vast majority of his marks and companies aren't direct blocks so I do think [hearing officer] James’ inference was bold."

For his part, Gleissner remains silent and all previous efforts to reach him for reaction have gone unanswered. In the UK it seems that the office is taking a critical approach to his applications once oppositions are lodged. In other countries, though, a significant percentage of his filings are reaching registration – and this includes key jurisdictions such as Benelux, France, and the United States. It for that reason, then, that law firm Withers & Rogers describes Gleissner as an "infamous" troll of the trademark system in its press release following this week's decision. And while it’s been over a year since we started reporting on the notorious millionaire’s filing spree, this could still just be the beginning. 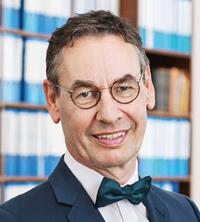