World Trademark Review presents a round-up of news, developments and insights from across the trademark sphere every Tuesday and Friday. In our latest news round-up we look at Tanzania's launch of a new online system for trademarks, the removal of Thailand from the Office of the US Trade Representative’s priority watch list, the US Department of Justice's expansion of its IP enforcement network and a former James Bond actor’s registered trademark protection for his name. Coverage this time from Trevor Little (TL) and Tim Lince (TJL).

US DOJ beefs up international IP network – The US Department of Justice and Department of State have expanded on efforts to step up their intellectual property law enforcement coordinator (IPLEC) network, which sees five specialised prosecutors deployed to provide training and technical assistance to foreign law enforcement. While the IPLEC program was created in 2006 – with the first representative stationed in Bangkok – the latest moves see prosecutors also posted in Nigeria, Romania, Brazil, and Hong Kong. The network works to assess the capacity of local law enforcement effort to enforce IP rights, deliver training to investigators and prosecutors, and assist in developing or strengthening institutions dedicated to enforcing IPR. Acting assistant attorney general John P Cronan explained: “The IPLEC network is dedicated to developing the capacity of our foreign partners to combat intellectual property violations and building relationships critical for that cooperation. Our strategically placed coordinators draw upon their subject matter expertise to help ensure that property holders’ rights are enforced across the globe, and that the American people are protected from harmful products entering the marketplace.” The initiative sits alongside the USPTO’s IP Attaché programme, highlighting the current government focus on fostering an IP-friendly environment for American businesses internationally. (TL)

Chinese manufacturing hub sets up IP court – The Southern Chinese city of Shenzhen launched dedicated financial and intellectual property courts at the end of December. The two new courts, located in the city’s Qianhai Shenzhen-Hong Kong Modern Service Industry Cooperation Zone, were formed in response to a growing number of financial and IP cases in the Shenzhen. For example, in 2016 the courts in the city adjudicated on 14,887 IP cases of first instance (one in ten of the country’s total). The IP Court, then, is empowered by the Supreme People's Court to deal with IP cases under the jurisdiction of Shenzhen Intermediate People's Court. It could become a handy location for brand owners tackling IP issues in the region. (TJL)

25,000 sign petition related to ‘David versus Goliath’ trademark dispute – According to the Kilburn Times, more than 25,000 people have signed a petition voicing their support for lower league football team Wembley FC following an IP complaint by the Football Association (FA), which manages the famous Wembley Stadium. It is understood that Wembley FC attained registered trademark protection for its logo at the EUIPO in 2012. While Wembley Stadium did not object at that time, it now claims it is being blocked from selling its own Wembley-branded goods internationally and has subsequently gone to the EUIPO to have the mark cancelled. It is worth noting that Wembley FC’s 2012 trademark was obtained for the club by drinks giant Budweiser. The club’s chairman, Brian Gumm, responded: “If Budweiser gave us something for our legacy, why shouldn’t we use that? I want to keep our name obviously, but at the same time if they want the rights I’ll give it to them but not as a giveaway. At the end of the day, all I want is the best for my football club.” On the flipside, the FA claims: “This case is about Wembley FC registering their logo in several countries outside of the UK, and then refusing to co-exist with us in those countries. The FA was therefore forced to find a way to prevent their mark blocking ours in those territories.” It’s a sticky situation for the FA, with the petition closing in on 30,000 signatures. (TJL)

Tanzania introduces online filings – East African country Tanzania has launched a new online system that allows the digital management of trademarks and patents (including filing, renewals and recordals). The system entered into force on December 18 2017, and it means – according to the press release – the manual system for filing applications at the registry “will no longer be applicable”. (TJL)

Counterfeiters capitalising on “loophole” in India’s Information Technology Act – An investigation by India’s News18 claims that local counterfeit manufacturers and sellers are using loopholes in the country’s Information Technology Act to trade in fakes without consequence. According to a team of brand investigators that monitor for fakes on Indian online marketplaces, “more than 60% of sports goods available online are counterfeit”. One expert, Pawan Duggal, commented that sellers “are using loopholes in section 79 of the Information Technology Act”, adding that the act “has been further diluted by a recent Supreme Court order, which struck down Section 66A”, meaning there is an “absence of a clear civil option” when companies attempt to tackle counter sellers in India. In a column for Money Control, Harsimran Julka called on the Indian government to take action: “The government needs to step in and weed out this menace. As more and more Indians are expected to shift their daily shopping to the online world, stringent laws will ensure customers get justice in the end.” Overall, the investigation is important as it highlights the challenge that many brand owners are facing in India – and one likely to get worse as fakes become more prevalent. (TJL)

Influential anti-counterfeiting expert reflects on improved quality of fakes – A prominent Instagram account which compares authentic and fake fashion products, primarily shoes, has spoken about the increasing difficulty in finding differences between the two. User ‘Fake Education’, who has over 600,000 followers on Instagram, responded to complaints that comparisons of recently-launched Yeezy sneakers were not as in-depth as his usual reviews. He disagreed with this assertion, and said that the task has become increasingly difficulty because the quality of counterfeits has improved. “We are now at the point where the fakes are almost identical to the real thing,” he said in a video. For those on the counterfeiting front-line, this won’t come as a surprise – but it could make the job of dissuading consumers from purchasing fakes that much harder. (TJL)

Thailand pulled from USTR priority watch list – In December 2016, one of the big stories to emanate from the US was publication of the US Trade Representative’s (USTR) annual Special 301 Out-of-Cycle Review of Notorious Markets which – after a four year absence – saw an Alibaba Group platform reappear on the list. In the time since the e-commerce giant has been on a publicity blitz over its anti-counterfeiting efforts, but the wait goes on to see if it has done enough to be removed from the latest notorious markets list. In the meantime, however, there was good news for Thailand, with USTR Robert Lighthizer announcing the conclusion and results of the Special 301 Out-of-Cycle Review (OCR) of the country, which sees it moved from the priority watch list to the watch list. The Trump Administration has been closely engaging with Thailand on improving IP protection and enforcement as part of the bilateral US-Thailand Trade and Investment Framework Agreement. Amongst the positive developments last year were the establishment of an interagency National Committee on Intellectual Property Policy and a subcommittee on enforcement against intellectual property infringement, led by the Prime Minister and a Deputy Prime Minister respectively. The USTR notes: “This strong level of interest from the highest levels of the government led to improved coordination among government entities, as well as enhanced and sustained enforcement efforts to combat counterfeit and pirated goods throughout the country. Thailand also has been taking steps to address backlogs for patent and trademark applications, including significantly increasing the number of examiners and streamlining regulations. In addition, Thailand joined the Madrid Protocol, making it easier for US companies to apply for trademarks, and took steps to address concerns regarding online piracy affecting the US content industry.” (TL)

IACC and Danish Consulate General, Shanghai, team up – The International Anti-Counterfeiting Coalition (IACC) and the Danish Consulate General, Shanghai have signed an MOU committing the organisations to share information and best practices on intellectual property protection, with a focus on identifying and fighting online counterfeiting. The two are also working together by offering the IACC MarketSafe Expansion Program – which supports rights-holders' IP enforcement efforts on Alibaba's platform – to Danish companies. The MOU was signed in Copenhagen, with Nicolai Prytz, consul general of Denmark in Shanghai, commenting: “The general consulate is very committed in our endeavours to facilitate and enhance the presence of Danish brands on some of the major online platforms in China. However, this needs to go hand in hand with protection of their intellectual property rights, and we truly feel the MarketSafe Expansion Program effectively can contribute to this. There is little doubt that this can add considerable value to Danish brands, and we look forward to the continued cooperation with the IACC on this." (TL)

Sofa chain picks up former rival’s IP – According to Retail Gazette, leading UK sofa chain DFS has purchased the intellectual property rights of collapsed furniture retailer Multiyork. Those rights include the trademark, domain names and product designs owned by Multiyork, which went into administration in November. The price paid by DFS is reportedly just over £1 million, and will also include the leasing of eight stores. This is another example of a growing number of trademark rights changing hands. As we’ve written before, there are a number of issues that must be overcome to ensure any such acquisitions are successful. (TJL)

The name’s trademark, registered trademark – James Bond star Sir Sean Connery has attained registered trademark protection for his name in what British media has described as “a bid to stop others from cashing in on his fame”. The trademark was filed at the EUIPO, and covers a variety of goods and services including DVDs, books, games, and clothing. It reached registration in 2016. UK tabloid The Mirror claims Connery “followed in Beyoncé and 50 Cent's footsteps” by seeking trademark protection, and called it an “unusual decision”. But Campbell Newell, partner at Markets & Clerk, disagreed it was unusual, saying: “Trademarks are assets, so if you are in the creative industries, there is a benefit in registering your name. Quite often, you will be doing some sort of licensing arrangement with someone else.” Many readers will no doubt agree with that sentiment. (TJL)

UKIPO executive given CBE in New Year Honours list – Congratulations to Sean Nicholas Dennehey, deputy chief executive of the UK Intellectual Property Office (UKIPO), for being honored with a Commander of the Order of the British Empire (CBE) in the UK’s annual New Year Honours List. Dennehey, who was appointed director of patents in 2004 before moving into his current role in 2007, was honoured for “for services to intellectual property”, and told Wales Online that becoming a CBE is “a great personal privilege” but is “also a recognition of the great work done by all my colleagues at the IPO”. (TJL) 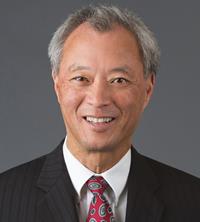