How to make change happen in the trademark landscape

Politicians and practitioners from the China to Europe share their tried and tested methods on how to proactively change the IP profession.

The trademark community is often regarded as a friendly and inclusive space within the confines of commercial law. But no area is an island. With IP legislation a fluidly evolving understanding of how intangible assets can be owned, it is crucial that professionals seek greater change to legislation and policy from their governments.

To outsiders, the Chinese legislative system can seem a true Gordian knot. Although practitioners can picture one end, in the form of premiere Xi Jinping, the tightly wound mechanisms of policy decisions remain an impenetrable tangle. Immersed within the folds of the system is the Quality Brands Protection Committee China (QBPC). Vice chair Jack Chang has been with the QBPC since its creation as the China Anti-counterfeiting Coalition by eight companies in 1998. Originally registered in Hong Kong, it was not until 2000 – when the group was set up in Beijing and the name changed to QBPC – that it was able to engage more easily with the Chinese government. Now the QBPC boasts more than 200 members across all industries. Although ostensibly representing international companies, a handful of domestic Chinese companies have also joined the roster as observing members.

Chang’s work with the QBPC illustrates how individuals and organisations can directly affect change in China. Lobbying work within the QBPC is handled by the Government Affairs and Public Policy Committee. “The QBPC has engaged with the National People’s Congress (NPC), the Supreme People’s Court, the Supreme People’s Procuratorate and the State Counsel Legislative Affairs Office, as well as cross-agency task forces like the National Intellectual Property Rights Coordination Centre in the United States,” Chang reports. The thorough scope of the committee’s work is necessitated by China’s legislative system. When the Trademark Law is revised, it does not start at the top with the NPC, but with the government agency responsible for enforcing the law, the China Patent and Trademark Office. Draft documents are then passed through to each subsequent superior agency to revise until they eventually reach the NPC.

With so many cogs to the system, it is imperative to know who to appeal to and when if you want to see substantive change. “Lawmakers do listen, but you have to find the right channel,” Chang argues. For a while, members of the QBPC found it frustrating that although details of a case are transparent between police and brand owners, this accessibility disappears upon transferral to the prosecution. Chang approached the Shanghai Procuratorate about this in 2011 on the basis that it is open minded. “They believe IP rights are property rights and the prosecution department director sent instructions to counterparts in seven districts.” By 2012, eight districts in Shanghai had allowed transparency and permitted the QBPC to participate in a counterfeiting court trial.

With the system effectively being trialled in Shanghai, this paved the way for the QBPC to write to the chief prosecutor of the Supreme People’s Procuratorate about the issue of transparency in February 2019. He in turn passed on his appreciation for the letter and in November sent a written instruction to Beijing, Shanghai and four other jurisdictions to implement the practice for one year with quarterly reviews. If it is successful, it will be rolled out for the whole of China.

Reflecting on this example, Chang notes: “It’s not always the law maker but the most judicial policymaker who can bring about a change.” Engaging first on the Shanghai district level was essential to the QPBC achieving what it knew was best for the IP community. Unfortunate timing can work against you though. Chang had originally campaigned for infringement penalties to be based on conduct instead of financial losses over a decade ago. Despite reaching out to 30 delegates to try to gather support for a petition for a new law at the NPC, he got nowhere. “I couldn’t get anybody. But then in April last year, several laws were brought in by the NPC to change regarding bad-faith registrations.” Chang notes that when he had worked for the change, the Chinese government did not believe that it was right for the country at the time. “It taught us that even if we have a good idea, if it’s got the wrong timing, particularly when foreign factors are involved, it won’t fly.”

Being in the right rooms

Few people better understand how to enact widespread change in intellectual property than Tove Graulund. Alongside an illustrious legal career, she has spent time in crucial roles in just about every big trademark organisation: an external consultant at WIPO for three years; a member of multiple INTA committees over the past eight years; a member of MARQUES for over 25 years, including nearly six years as chair; and now as a special adviser to the executive director of the EUIPO. Suffice to say, Graulund has seen it all. “You can achieve things, definitely,” she says. “But there are the things you can’t really achieve because you don’t have any more power than speaking out loudly.”

Graulund notes how the European Union involved many community organisations, such as MARQUES, INTA, CITMA and the European Communities Trademark Association, in the most recent round of EU trademark reforms. “We don’t have the final say, but in my time, the countries have learned to listen more,” she says. One of Graulund’s achievements has been to help users obtain representation on the Alicante office EUIPO management board. “We now have a voice there which we didn’t used to have. That has made quite a bit of difference.”

One of the best forums for enacting change is at the WIPO Madrid working group meeting in Geneva. The week-long gathering has country representatives sitting at the front while brand and organisation representatives hang back. The countries speak first before handing the microphones over to organisation representatives. “It’s essential to be there as that’s when you form relationships with the people who have the votes. You might meet in the coffee breaks and discuss things they didn’t necessarily want to say into the mics,” Graulund explains.

For this kind of work, it is essential that IP professionals assisting brands can have access to the organisations with representational ability. “My ideal is to be involved in an association for my national needs, one for my European needs and INTA for the more global stuff,” Graulund comments. Second to involvement, to see proper change come about also requires a time commitment. “If you want to achieve something of influence, you need to be in it for the long haul,” she argues. One example is the work that she herself has put in to have the EUIPO allocate its surplus money to member states’ IP offices. The 2017 trademark reforms were a big change, but one that started with conversations about the money in Alicante all the way back in the 1990s.

However, Graulund is now concerned that the kind of commitment to advocacy work demonstrated by IP professionals is not as easily floated to brand owners. “The companies aren’t interested in it,” she points out. “They’re focused on the commercial side and don’t want to invest in something they consider a hobby.” Without senior management buy-in to allow IP practitioners to get involved, there is little chance of people forming the strong relationships necessary to accommodate the fact that lobbying changes can take place at a glacial rate. “You need to spend the time to form ideological positions, to make policy papers, to get them out there,” Graulund maintains. “Then you need to find the right people to get them to, the journalists to pressure people to read it, the officials who might read it and then show up in Alicante; they’re all essential.” And it is worth it – she believes that the network that she has formed has defined her capacity as a vessel for advocacy work: “If I have any influence, it’s through the personal connections I’ve made with the people who matter over the years.”

What both these different advocates illustrate is that the best way to introduce change will probably differ from one context to the next. However, consistent across all parts of the industry and all jurisdictions is the value of human investment. If you want to effect structural change, it is essential to spend time on this – either through embedding yourself within advocacy organisations or by forging personal relationships with law makers themselves. While brand owners are increasingly reluctant to loosen the leash and allow trademark professionals to involve themselves in such organisations, it has never been more important for brands to work with other stakeholders to improve the legal landscape together.

This is an extract from a longer article on trademark lobbying, which was published in the most recent issue of WTR magazine – available to subscribers here. 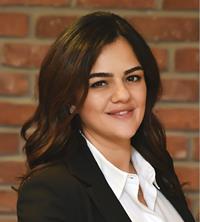