In our latest news round-up we look at the announcement of a new IP minister in the UK, INTA welcomes its new president, the latest development in the long-running Havana Club dispute, and the Vegas Golden Knights have addressed a trademark opposition by the US Army. Coverage this time from Trevor Little (TL) and Tim Lince (TJL).

Havana Club row rumbles on – Early last year, we reported extensively on the re-eruption of the dispute between Bacardi and Pernod Ricard over the HAVANA CLUB mark. Now, further hostility has broken out between the two parties over the former’s “Forever Cuban” campaign, which features Cuban-American actor, Raul Esparza, reciting “Island Body,” a poem written exclusively for the campaign by Cuban-American poet and author, Richard Blanco. Pernod Ricard labelled the advert as containing misleading statements, “the most obvious being a false claim to be the original Havana Club rum”. This week World Trademark Review was sent a response from Bacardi, which hit back, declaring that “Pernod Ricard and the Cuban dictatorship have perpetuated a lie since they began their collusion in 1993, and continue to do so today”, stating that – while produced in Puerto Rico – its Havana Club Rum “is based on the original recipe and techniques that were used by the Arechabalas to make Havana Club in Cuba prior to the Cuban revolution. Our new marketing campaign affirms that, while our rum is now made in Puerto Rico, our heart and soul will be ‘Forever Cuban.’” As we await the next stage of the legal battle between the two beverage giants, this bitter battle shows no sign of abating in the court of public opinion. (TL)

New UK IP minister announced – As part of this week’s UK government cabinet reshuffle, Sam Gyimah has been appointed the UK’s minister for intellectual property as part of his role as a joint Minister for Higher Education at the Department for Business, Energy and Industrial Strategy and the Department for Education. He replaces Jo Johnson, who was unveiled as the eight person to hold the position in less than nine years in January 2017. When we reported on Johnson’s appointment, we noted calls for the revolving door policy that has characterised the role since its inception to be halted. This week, the rotation continued. Responding to the news, Dids Macdonald, CEO of ACID, expressed the hope that IP will receive more attention under Gyimah’s watch than it did under his predecessor: “The previous Minister, Jo Johnson, MP, with responsibility for intellectual property had such a broad brief that, at times, stakeholders including ACID felt that there was little time to devote to the very serious issues of counterfeiting, fakes and copies, which continue to be an exhausting and financially impossible drain especially on lone, micro and SME designers and design brands. I hope this will change under his stewardship!” (TL)

Vegas Golden Knights address opposition – NHL team the Vegas Golden Knights has responded to the US Army’s opposition to its GOLDEN KNIGHTS trademark. In a statement sent to media outlets, the Vegas Golden Knights spokesperson confirmed it would address the opposition in the courtroom. “We strongly dispute the Army’s allegations that confusion is likely between the Army Golden Knights parachute team and the Vegas Golden Knights major-league hockey team. Indeed, the two entities have been coexisting without any issues for over a year (along with several other Golden Knights trademark owners) and we are not aware of a single complaint from anyone attending our games that they were expecting to see the parachute team and not a professional hockey game.” One attorney told TSN that, no matter what the sports team claim, the opposition is legitimate: “They make at very least a prima facie case that the marks and colours were intended to conjure imagery of the USMA, which may be enough to get a trial court to side with the Army," he said. "This is by no means a frivolous case.” It appears, then, this case could be a drawn out affair. (TJL)

European Commission calls for faster progress on infringing and illegal content – Five commissioners have met with representatives of online platforms to discuss progress made in tackling the spread of illegal content online, including online terrorist propaganda and xenophobic, racist or hate speech, as well as breaches of intellectual property rights. In September 2017, guidelines and principles for online platforms to increase the proactive prevention, detection and removal of illegal content online were published by the European Council, followed a month later by the commission adopting a work programme for 2018 that committed it to continue promoting cooperation with social media companies to detect and remove terrorist and other illegal content online. (TL)

Change in procedure in Colombia – The International Federation of Intellectual Property Attorneys has sent out a reminder this week about recent changes at the Colombian IP Office (SIC). Specifically, the changes of name and address for applicants are now recorded per applicant and not per trademark registration. That change is automatically reflected in all trademark registrations at the office. Implemented from 20 November 2017, the decade-long registration term of a trademark will be counted as from the date on which the granting administrative is considered executed (which is one month and 10 working days after the granting date). (TJL)

gTLD domains on the down – Over on Domain Incite, Kevin Murphy reports that the number of domain names recorded in new gTLD zone files has fallen below the 20 million mark for the first time in 18 months. In large part, he notes, this is largely due to declines in the ‘.top’, ‘.xyz’ and ‘.kiwi’. However, don’t read this as a sign that the new gTLD programme is faltering. As Murphy notes, ‘.xyz’ sold millions of domains for a penny each and most of these have not renewed. Industry experts have long predicted that this would be the case, and the gTLD programme rolls on, with a number of sunrises opening for trademark owners in the coming month. (TL)

New year, new INTA president – INTA has officially announced the election of Tish Berard as its 2018 president (and chair of its board of directors). The term of Berard, formerly vice president and general counsel for Hearts On Fire Company, coincides with the start of INTA’s 2018‒2021 Strategic Plan, which aims to promote the value of trademarks and brands, reinforce consumer trust, and embrace innovation and change. During her presidency, Berard will assemble a Presidential Task Force to assess the interest of SMEs and entrepreneurs in IP, and to identify effective communication strategies for conveying the importance of IP to these groups. On Monday World Trademark Review will provide an in-depth interview with Berard on her plans for the role. (TL)

A Smart appointment – Smart & Biggar has announced the selection of Steve Garland, one of the firm’s senior partners, to serve as its managing partner and chair of the executive committee. Garland has been a member of the firm’s executive committee for two years and boasts over 20 years of experience in IP litigation of all types, including issues relating to patent, trademark, copyright, industrial designs, trade secrets and competition law. (TL)

Hogan Lovells unveils new chair – Hogan Lovells has appointed Hamburg-based partner Leopold von Gerlach as chair of its board from 1 May 2018. He first joined the board in May 2014 as the representative for continental Europe and is an Intellectual property, media and technology partner. An IP litigator with extensive trial experience, he mainly acts against counterfeit and grey market goods, look-alikes, and other types of IP infringements. His clients from various industries include The LEGO Group, Citi, eBay, PayPal, Estee Lauder and Gibson Brands. (TL)

Mewburn Ellis makes German move – German national trademark attorney Dydra Donath has joined the Munich office of Mewburn Ellis as a partner. As we reported previously, the firm opened its Munich office in November and Donath will be responsble for both driving forward the firm’s German trademark practice and further developing its wider EU trademark practice. To achieve this, she will draw on her particular experience in the medical technology, pharmaceuticals, automobile, retail, fashion, cosmetics, food and supplements sectors. (TL)

General Mills ‘logo trolls’ Kellogg’s with new cereal – A curious case of an unofficial crossover in the breakfast sector occurred last week. General Mills released a new version of its Lucky Charms cereal on Wednesday, called “Lucky Charms Frosted Flakes”. The logo on the packaging appears to be a combination of the Lucky Charms logo and the Frosted Flakes logo, wherein consumers would presumably assume this was an official crossover product between the two popular cereal products. However, Frosted Flakes are a Kellogg’s product, and Kellogg's is not involved with the newly released product. In what Fox News has descibed as a possible "jab", the move has caused a stir and suggested hostility between the rival companies. “It seems like General Mills is not so subtly trolling a rival,” one article suggests, noting that the move is made possible because Frosted Flakes is not a registered trademark of Kellogg’s because it is descriptive. “That means General Mills is free to make this slightly confusing, but delicious-looking resolution-breaking cereal,” the author adds. (TJL) 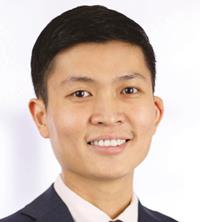