In a ruling released today at the EUIPO, street artist Banksy has had a trademark for one of his well-known artworks cancelled for being filed in bad faith. The panel stated that Banksy’s audacious move to launch a shop in response to the dispute “undermined” the case, while the attorney representing the company behind the cancellation says the decision means “all of Banksy’s trademarks are at risk”.

The decision was published by the EUIPO Cancellation Division today and follows a long-running dispute between Pest Control Office Limited (the legal handling services acting on behalf of Banksy) and Full Colour Black Limited (a UK-based company that sells street art greeting cards, often using artwork by Banksy). Pest Control Office first filed an EU trademark for Banksy’s ‘flower bomber’ artwork in February 2014, which reached registration in August of that year. However, in March 2019 Full Colour Black formally sought cancellation of the mark, claiming that it was filed in bad faith and that it was non-distinctive.

The dispute gained global attention after Banksy launched a homeware shop, entitled Gross Domestic Product, last October in an effort to show use of the trademark. At the time, Banksy said that opening a shop because of a legal dispute “is possibly the least poetic reason to ever make some art”, adding: “A greetings card company is contesting the trademark I hold to my art and attempting to take custody of my name so they can sell their fake Banksy merchandise legally.” A representative for Banksy also stated at the time that the artist “had been advised the best way to prevent [losing the trademark] was to sell his own range of branded merchandise”, while one of his legal advisers described the case as “frankly ludicrous” and outlined the legal strategy in comments to the press.

However, Banksy’s audacious move appears to have backfired. The Cancellation Division today ruled that the EUTM “should be declared invalid” on the grounds of bad faith (with the non-distinction grounds not examined) because “it is clear that Banksy did not have any intention to use the EUTM in relation to the contested goods and services at the time of filing of the EUTM”. In the decision, the panel was scathing in its assessment of the shop, which it described as “inconsistent with honest practices”, stating: “The use, which was only made after the initiation of the present proceedings, was identified as use to circumvent the requirements of trademark law and thus there was no intention to genuinely use the sign as a trademark. Banksy was trying to use the sign only to show that he had an intention of using the sign, but his own words and those of his legal representative, unfortunately undermined this effort.”

The Cancellation Division also made clear that one of Banksy’s defining characteristics – his anonymity – was detrimental to his case. “Banksy has chosen to remain anonymous and for the most part to paint graffiti on other people’s property without their permission rather than to paint it on canvases or his own property... It must be pointed out that another factor worthy of consideration is that he cannot be identified as the unquestionable owner of such works as his identity is hidden; it further cannot be established without question that the artist holds any copyrights to a graffiti. The contested EUTM was filed in order for Banksy to have legal rights over the sign as he could not rely on copyright rights, but that is not a function of a trademark. Therefore, the filing of a trademark cannot be used to uphold these rights which may not exist, or at least may not exist for the person claiming to own them.”

Further, Banksy’s aversion to IP rights (he famously claimed that “copyright is for losers”) was also used against him, with the panel noting that the artist “has used the copyright of others in some of his works”. In closing comments, the panel stated that Banksy “has [chosen] to be very vocal regarding his disdain for intellectual property rights”, but that opinion “does not annul any validly acquired rights to copyright or trademarks”.

Talking to WTR, Blaser Mills trademark attorney Aaron Wood, who represented Full Colour Black in the dispute, said that today’s ruling is “a significant decision for artworks” because the EUIPO Cancellation Division has clearly taken the position that such works “are figurative marks like any other, but that means they also need to be used as trademarks”. Another key learning, he adds, is that ill-advised comments to the media can be particularly damaging: “The fact that Banksy (and his lawyer) came out in the press to say the pop-up shop was intended to allow him to create items to fulfil the need to prove trademark use shot him in the foot. It underlines that you need to be very careful about what you say to the press – without the statement, it would have been mere conjecture that he would never use the mark and had no intent to; having him admit it was the final nail in the coffin.”

In terms of next steps, Wood says that Banksy could appeal the decision, although “it seems unlikely that it would go any other way given the comments from him and his lawyer”. WTR has contacted Banksy’s representing law firm for comment.

Crucially, Wood also claims that today’s ruling could be damaging for more of Banksy’s trademarks. The artist owns a US registration for the ‘flower bomber’, which was filed based on the EUTM – meaning that no proof of use was required, simply an indication of intention to use. “We haven’t started proceedings to invalidate the corresponding registrations in the United States, but it would seem to me that they are also under threat,” Wood states. “If there was no intention to use then the mark is invalid, and there is also the question of fraud. In fact, all of Banksy’s trademarks are at risk as all of the portfolio has the same issue. The only difference potentially is his design portfolio and his word mark for BANKSY.”

A strongly worded decision can often spell the end of a legal dispute. However, it looks as if today’s long-awaited ruling will be the beginning of a new set of legal headaches for the world-famous artist. 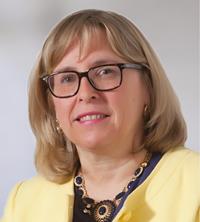