Every Tuesday and Friday World Trademark Review presents a round-up of news, developments and insights from across the trademark sphere. In today’s edition, we look at the Japanese company suing Apple over use of the name Animoji, the latest WIPO report on UDRP figures, a counterfeiting case which has led to allegations of attorney misconduct and a brand expert urging more use of social media by law firms. Coverage this time from Trevor Little (TL), Tim Lince (TJL), Adam Houldsworth (AH) and Timothy Au (TA).

Kellogg’s seeks quick victory in contest with tennis star Kokkinakis – Kellogg’s has suggested that its Australian trademark dispute with tennis player Thanasi Kokkinakis could be brought to an end before trial, if its recent interlocutory application is heard by the country’s Federal Court. The famous cereal brand began legal action against the sportsman in June, claiming that his registration of a SPECIAL K trademark for sportswear had infringed its own brand rights. Kellogg’s now claims that a hearing to determine whether Kokkinakis has “exclusive use” of the disputed mark could bring the dispute to a swift end, saving time and resources. It says this point is pivotal to the legal dispute, and that opposing counsel has agreed to abandon its claims if it loses on this question. (AH)

Deere wins fight to protect ‘famous’ green and yellow combination – Following a one week trial in June, a District Court in Kentucky has ruled in favour of Deere & Company in its bid to prevent another company from using its green and yellow colours. The court found in favour of Deere on all claims, finding that its particular colour combination qualified as a ‘famous trademark’, and it permanently banned FIMCO, a manufacturer of agricultural sprayers, from using the green and yellow combination in the manufacture, distribution and marketing of agricultural equipment. This is part of an ongoing effort by the Deere Group to protect its trademarks, having also enforced its colour marks in several other jurisdictions, including India and China. (TA)

Japanese company sues Apple over ANIMOJI mark – It has been reported that US law firm Susman Godfrey has filed suit against Apple this week on behalf of a Japanese company, which claims Apple has misappropriated the ANIMOJI trademark. The owner of the company, Enrique Bonansea, claims that he had registered the mark as early as 2014, with the first use in commerce dating back to July in the same year. The original trademark was, however, registered under a different company in Washington – one that did not exist at the time. Susman Godfrey had also engaged Apple last year in another IP case, when its lawyers secured a victory for the inventor of the Beats headphone line. (TA)

Counterfeiting case leads to allegations of attorney misconduct – A lawsuit in New York over the alleged sale of counterfeit Omega watches has been shaken with allegations of attorney misconduct. The New York Law Journal has the full story, and it is one that certainly raised many questions. It appears that law firm Collen IP was dropped from the case by client Swatch, and the firm and lead attorney Joshua Paul (who has since left Collen IP) face sanctions motions over allegations that “counsel for the plaintiffs submitted false affidavits to the court”. According to the article, the sanctions motions stem from the claim that “a key witness for the plaintiffs denied having purchased counterfeit watches from a store that rented its space from the defendants, despite having signed an affidavit saying he did”. The whole event has no doubt caused a headache for all involved, with many questions left to answer. (TJL)

INTA announces 2017 president’s and volunteer service award recipients – Gerhard Bauer and Theodore (Ted) Davis have been announced as this year’s recipients of the INTA President’s Award. Bauer served as INTA President in 2011 and headed the search committee for INTA’s new CEO beginning in 2012. He was also instrumental in INTA’s efforts to help Mexico and Colombia accede to the Madrid Protocol. Davis has co-authored The Trademark Reporter’s United States Annual Review for nearly two decades, and has taken the lead in drafting a number of INTA’s amicus briefs, some of which were filed with the US Supreme Court. This year’s ‘Advancement of Trademark Law’ award goes to Jennifer Morton, partner at Gowling WLG, in part due to her leadership in the INTA’s Trademark Office Practices Committee’s work compiling a 111 page INTA response to Canada’s new draft Trademark Regulations within 30 days. The association has also announced that Megan Bannigan, counsel at Debevoise & Plimpton and chair of INTA’s Pro Bono Committee Clearinghouse Implementation Subcommittee, is this year’s recipient of the ‘Advancement Of Trademark Law’ accolade. Jaime Vining, partner at Friedland Vining, receives the ‘Pro Bono Services Provided by Individuals’, while Jason Champion, partner at Knobbe Martens, is recognised for his work in the ‘Advancement of Committee or Subcommittee’. Finally, Archer & Greiner receive the ‘Pro Bono Services Provided by Organisations’ award. (TL)

Google introduces new weapons in the fight against phishing – Two new pieces of technology have been rolled out by Google in its efforts to protect users from phishing, ZDNet reports. A predictive feature is to be added to Chrome, which will quickly identify newly created phishing pages which are not yet known to Safe Browsing, and warn browsers against typing their credentials into such sites. Initially, this technology will only protect Google account passwords, but will be eventually be used to defend all passwords saved on Chrome. The second new piece of technology is the Advanced Protection Program for Gmail users who are at high risk of being targeted by fraudsters. This will require users to have a physical USB Security Key for PC access and a Bluetooth Security Key for mobile devices attempting to access Gmail. With phishing a constant challenge for many brands, any such efforts to help prevent consumers being duped are to be welcomed. (AH)

16% of 2016 UDRPs were for new gTLDs in 2016 – The Domains has reported on the latest WIPO annual report, which contains new statistics related to domain name disputes. Interestingly, the total number of cybersquatting cases rose by 10% in 2016, with just over 3,000 cases brought by trademark owners. Of that number, 16% of the 2016 cases were of domains using new generic top-level domains (gTLDs). Some readers will interpret that as demonstrating that new gTLDs have not been the cybersquatting problem that many predicted. Others will no doubt claim the figure is proof that many rights holder are just overwhelmed, and now only pursue sites that are conducting illicit activity. (TJL)

Blow for Gleissner in domain dispute - The Supreme Court of the State of New York has denied a claim brought against Network Solutions by a company owned by one of Michael Gleissner’s companies, reports Domain Name Wire. NextEngine Ventures claimed that it bought the ‘quentin.com’ domain in March 2016 and later transferred it to GoDaddy. Subsequent to this, Network Solutions pulled it back to the account of the previous owner, who claimed the domain was stolen from her Network Solutions account before being sold. NextEngine wanted Network Solutions to pay its $9,990 purchase price plus $28,000, which it says was the appraised value at the time the domain was removed from its account at GoDaddy. However, the court denied the claim – noting that even if it had jurisdiction, other courts do not recognise domains as property, and thus can’t be subject to conversion. The activities of companies owned by prolific trademark filer and domain name owner Gleissner are being closely followed by brand owners, and a recent investigation by World Trademark Review revealed a vast portfolio of nearly 9,000 companies, trademarks and domains. One imagines this will not be the last time Gleissner grabs the headlines. (TL)

Law firms should use social media to get audience hooked on their brands – In a recent blog, brand expert Terry Isner, CEO and owner of Jaffe PR, has advocated more and better use of social media by law firms. He argues that social media provides new opportunities to create “brand addicts”, stating that “if social media were a drug, your branding efforts should have your audience in rehab”. On the other hand, he suggests that technological developments have generated more brand challenges and vulnerabilities, which need to be understood by law firms. Isner suggests four key points to bear in mind when shaping a brand for social media: the “consistency” of the identity projected by the law firm; the “authenticity” of the brand; the “relevance” of the firm’s identity to its audience; and the “differentiation” of the brand from the competition. He also cautions against “megaphoning”, a lack of research, and a failure to use images, in social media campaigns. (AH)

New dispute resolution firm unveiled – A new Brussels-based law firm, Petillion, has opened for business. Founded by Flip Petillion, the firm has a focus on dispute resolution, with litigation capabilities as well as handling national and international arbitrations. Joining Petillion at the firm are senior dispute resolution lawyers Diégo Noesen and Jan Janssen, and Alexander Heirwegh (an associate specialising in intellectual property, information technology, data protection, internet, e-commerce and telecoms). Petillion was previously a litigation partner at Crowell & Moring and in the 2017 edition of the WTR 1000 we noted that he “comes recommended as a trustworthy adviser in the highest-stakes cases. (TL)

Don’t forget that nominations are open for the WTR Industry Awards – World Trademark Review is currently inviting nominations for its extensive annual research project, designed to identify and recognise the leading in-house trademark teams and individuals. Act now to ensure that the industry’s leading lights are recognised at the WTR Industry Awards 2018. The nominations window closes on December 8, nominations must be for corporate trademark professionals – any nominations for private practice/law firm professionals will be disregarded. Click here now to access our short survey form and ensure that your peers and colleagues receive the recognition that they deserve. (TL) 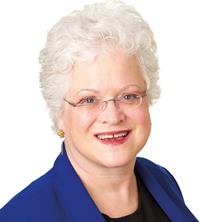