Every Tuesday and Friday, World Trademark Review presents a round-up of news, developments and insights from across the trademark sphere. In our latest edition, we look at a Canadian coalition urging that cigar companies be exempt from proposed plain packaging regulations, the Chinese government promising stricter IP protections, how brand authentication services are being faked in China, and much more. Coverage this time from Trevor Little (TL), Tim Lince (TJL), Adam Houldsworth (AH) and Timothy Au (TA).

Cosmetic brands hit hardest by counterfeiters on Amazon – A new report from Gartner L2 has looked at third-party distribution strategies on Amazon, and finds that roughly a third of product listings by third-party sellers have at least one review containing terms alluding to counterfeit goods. But, such reviews only constituted 5% of all reviews examined, which, as noted by Gartner associate director Oweise Khazi, seems to suggest that Amazon has been taking steps and making progress in taking down fake goods off its online platform. One of the main takeaways from the study was that a greater reliance on third-party vendors increased the chances of the presence of damaged or counterfeit goods. In total, the research analysed 158 brands across fashion, beauty, personal care and headphones and found that makeup products had the highest share of third-party listings. Startingly, it discovered that brands including Olay, e.l.f cosmetics and L’Oreal have a review mentioning or referring to inauthenticity on around 75% of the Amazon Standard Identification Numbers. The report notes that third-party sales on the online retail platform have remained steady at 50% of total sales since 2016 and urges brands to remain vigilant in policing the marketplace for inauthentic copies of their products to prevent their reputation from being hit by negative reviews from unhappy customers. (TA)

Chinese government promises stricter IP protections – On Tuesday, China’s premier Li Keqiang announced that the country will make its IP system stricter, imposing more severe punishments for the infringement of IP rights. At this stage, as far as we have found, it is not known what these changes will entail and when they will be implemented – and we will follow up when more details come to light. Nevertheless, Li’s comments will reassure brand owners, not to mention Chinese consumers, seeking more effective protections against breaches of trademark law. His remarks come in the wake of a recent pledge to further open China’s domestic market to foreign investors. (AH)

Canadian coalition warns of plain packaging impact for cigar industry – A coalition of small businesses in Canada’s cigar and specialty tobacco market, known as Small Guys Cigar Group, have published a press release warning about the impact of Canada’s pending plain packaging regulation on its industry. In it, the coalition states that it hopes that Health Canada would grant them an exemption from the proposed plain and standardised packaging regulations. “We are completely distinct from cigarettes in nearly every aspect from our production and packaging to our customer base,” said Colm O’Shea, executive vice president at cigar company House of Horvath Inc. “Our products are 98% consumed by adult smokers and do not appeal to youth by appearance, taste or price. Our typical customer is more than 30 years of age and consumes cigars for special occasions only.” The same warning was brought up in Australia, Ireland and the UK, with the UK granting an exemption for cigar and pipe tobacco from their plain packaging regime (so too has France and Belgium). Indeed, back in 2016, World Trademark Review spoke with a legend of the cigar industry, Carlos Fuente Jr of the Arturo Fuente Cigar Company, who voiced his frustration at how the product is “tarred with the same brush” as cigarettes when it comes to new packaging regulations. “The labels of our products are part of our history, it goes back for centuries of my heritage,” he stated. “Every single detail on the package and label has an emotional meaning; it goes back to my grandfather, my grandmother, and to destroy that is like taking a Rembrandt and covering it up. It's destroying history. Tobacco is an important part of our culture – for social and religious purposes – and to destroy that by targeting the packaging, it seems immoral, it is wrong, and it is politically destructive.” It seems, then, that the same argument is being had two years later – but some countries, such as France and the UK, have listened and concurred that cigar brands are distinct enough from cigarette brands to warrant an exemption. (TJL)

Trademark dispute brews between Starbucks and Sardarbuksh – Starbucks has called on a Delhi-based coffee chain to change its name and logo after finding its brand to be “deceptively similar” to its own. Sardarbuksh recently opened up five outlets in Delhi but was hit with a suit by the Seattle coffee chain in the Delhi High Court, with the latter requesting the former to change its name to Sardarji-Buksh and its logo. Sandeep Singh Kalra, one of the two partners of Sardabuksh, stated that his company had revised its logo in the last year since receiving legal notice from Starbucks, but that they were ready to fight it out in court to protect the brand name. Sardarbuksh has 30 upcoming outlets, all of which will feature the new branding, while the older five shops in Delhi will continue to use the old branding until the court hands out its final decision. A spokesperson for Starbucks said that the company would “address any infringement to [its] brand, including trademarks” but that it would “always prefer to resolve trademark disputes informally and amicably wherever possible, and to prevent confusion among customers”. (TA)

Monsta Pizza prevails over Monster Energy in trademark opposition – It has been reported that a pizzeria based in Wendover, UK has succeeded in registering the name MONSTA PIZZA after a year-long dispute with Monster Energy. The drinks company had opposed the registration in July last year, but the UK Intellectual Property Office has now concluded that no misrepresentation would occur between the two brand names. After resolving what he has labelled “a long and frustrating battle”, Monsta Pizza’s Chris Dominey says that “common sense prevailed”. He added: “We believed their objection was wrong and we weren’t prepared to walk away from all our hard work just because a bully didn’t like what we were doing.” Indeed, Monster Energy has established an unenviable reputation for itself as a leading ‘trademark bully’, having previously topped Trademarkia.com’s list of the companies who have filed the most oppositions. But as we have written before, it is important to approach such rankings with a critical eye, lest more nuanced analysis of a situation gets lost in the push for a ‘David versus Goliath’ narrative. (TA)

Fake Warren Buffett account confuses thousands – The BBC has reported on a Twitter account impersonating 87-year-old American investor Warren Buffett, which garnered 290,000 ‘likes’ for its debut tweet last Saturday. It is clear, the article notes, that users believe this to be the actual Warren Buffett posting inspirational quotes – this is despite the surname being spelt incorrectly (“Buffet”) and having no verified blue tick. Nonetheless, accounts such as Fox News journalist Bret Baier and British MP Dame Cheryl Gillan shared the tweets to their thousands of followers. However, a day after the media picked up on the fake account, Twitter suspended the account – presumably because impersonation is against the social media platform’s rules. But curiously, the existence of the account led us to see if Warren Buffett himself has sought registered trademark protection for his name – and it appears he filed an application in 2006, but it never reached registration and was abandoned the following year. (TJL)

Jaffe questions overreaction of P&G acronym applications – A week ago, we reported on consumer goods giant Procter & Gamble seeking registered trademark protection in the United States for a range of acronyms commonly used as abbreviations in text messages. The terms include LOL, WTF and NBD (“no big deal”), which it was seeking to protect for use in air fresheners, detergents and soaps. At that time, the move was being interpreted as an attempt by the company to appeal to a younger demographic. Furthermore, some internet users and news articles were suggesting it would allow Procter & Gamble to control the use of such commonly-used acronyms (despite the narrow goods and services of the application). This week, Mark H Jaffe, managing partner at TorMark Law, shared his thoughts about P&G’s applications on Twitter – and noted how they aren’t unusual for the company. “I can't say that Procter and Gamble's strategy to brand LOL and WTF is a great idea, but I find the overreaction ironic,” he tweeted. “When discussing how "ordinary words" can be trademarks, I typically use Procter and Gamble products as examples. Dawn. Joy. Gain. Ivory. Always. Scope. Tide. Bold. Cheer. Secret. Head & Shoulders. Of course ordinary words and phrases can be trademarks.” Positively, perhaps, many of the responses to P&G’s applications on Reddit also pointed out that these applications are not an uncommon move. “These acronyms are already trademarked for a million different things,” one user commented. “P&G is just applying to register them for one more narrow section of products (eg, WTF for shampoo). All it would do is stop a competitor from selling a shampoo branded as WTF. This wouldn't affect normal people one bit. This article is much ado about nothing and the responses are pretty ignorant.” Such responses are increasingly common when similar news articles claim a company is seeking registered trademark protection in common words. Could it be a sign that the public’s knowledge of trademark law is increasing? (TLJ)

Even brand authentication services are being faked in China! – A number of authentication companies have arisen in China in recent years, offering verification services to Chinese consumers hoping to avoid the purchase of fake luxury goods. But in an ironic twist, several of these authentication have themselves fallen prey to imitators, according to the popular Fashion Law blog. In many cases, leading authentication brands like Zhiduodhao – “how much it’s worth” in Mandarin – are having their names and website layouts copied by infringers. On top of that, China’s state-run press is reporting that a number of companies are offering fraudulent courses on how to become an expert authenticator. It’s a demonstration, then, that companies in every single sector can be the target of fraudulent imitators – and should therefore prepare for the worst. (AH) 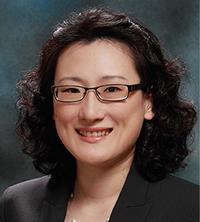