World Trademark Review presents a round-up of news, developments and insights from across the trademark sphere. In this edition, we look at the European Parliament’s document on IP issues related to three-dimensional (3D) printing, a landmark decision for Manuka honey protection and an IP lawyer calling for an improved IP system in Nigeria. Coverage this time from Trevor Little (TL), Tim Lince (TJL), Adam Houldsworth (AH) and Timothy Au (TA).

EUIPO increases financial support for IP crime unit – The EU Intellectual Property Office (EUIPO) has doubled the funding available to the Intellectual Property Crime Coordinated Coalition (IPC3). The unit, which operates within the current structure of Europol, has been co-funded by the EUIPO since July 2016 and this year has been involved in 36 major IP crime cases. These have included Operation in our Sites (IOS) VIII (which resulted in the disruption of over 20,500 domain names illegally selling counterfeit merchandise online), Operation Kasper (which resulted in the dismantling of one of Europe’s biggest illegal distributors of internet protocol television) and Operation Pinar (which disrupted an international criminal organisation involved in IP crime and money laundering, with almost 265,000 infringing products seized in Spain). The executive director of Europol, Rob Wainwright, welcomed the funding announcement, reflecting: “The rapidly evolving digital world presents big challenges for enforcement officers tackling IP crime that cannot be solved by law enforcement alone. IPC3’s operational successes are the perfect example of how building robust partnerships between the stakeholders involved is vital to effectively combat this crime.” (TL)

European Parliament has its say on 3D printing – As first reported by 3DPrint.com, the European Parliament’s Committee of Legal Affairs has released a working document related to IP rights and civil liability linked to 3D printing. The six-page document highlights the main problems it sees in regards to the new technology. Unsurprisingly to rights holders, a key issue it points out is that it could lead to an increase in counterfeiting. “3D printing carries the risk of facilitating counterfeiting, not only in terms of individuals who might take advantage of exceptions for private copying, but also organised networks profiting from the sale of counterfeit goods. To prevent counterfeiting it is essential, therefore, to develop lawful 3D printing services, so that individuals who want to make a print of a work can do so without breaking the law, and ensuring that the author is fairly remunerated,” it reads. “Safety issues are also paramount, particularly in the production of automotive spare parts, aeronautical parts and firearms, for example.” While acknowledging the challenges ahead, the European Parliament also urges caution on over-legislating, with the report concluding: “Innovation needs to be accompanied by law, without the law acting as a brake or a constraint.” (TJL)

Landmark decision for Mānuka honey protection – In what is a major decision for New Zealand and the beekeeping industry, it has been reported that the UK trademark registry has recognised Mānuka honey as a certification mark. Damien O’Connor, New Zealand’s agriculture minister, also announced at the same time that a new definition for the product had been created. A spokesman from UMF Honey Association has stated the decision is a major milestone for New Zealand: “This is a critical foundation stone, as we look to protect the term Mānuka as being intrinsically intertwined with New Zealand and positioning our important Mānuka honey industry in world markets.” (TA)

Lawyer calls for more effective IP environment in Nigeria – An intellectual property lawyer in Nigeria has penned an op-ed for one of the country’s most popular news outlets, The Guardian, calling for improvements to the national IP system. Eniola Leyimu, who works as an IP lawyer at Triumvirate Law Practice, writes about the “revival in Nigerian manufacturing and craftsmanship” in recent years – spurred by the government’s “Made in Nigeria” initiative. But if this revival leads to foreign investment, Leyimu says the government must ensure the country’s IP environment is fit for purpose. “I consider and propose that the ease of business has to extend to helping Nigerian brands make it easy to protect their IP through trademark, design and patent registrations,” he writes. “Surely Nigerian businesses who invest considerable time, effort and capital into building a brand or that create new designs, inventive products, methods or processes should be able to protect it, and quickly too.” He describes the local IP office as operating “under very challenging circumstances”, with processes for trademark applications “notoriously inefficient and slow”, leading to an 18-24 month wait to reach registration. He suggests, therefore, that the office look to the Singapore IP Office (an office that has been encouraging local innovation). Leyimu’s column will be sure to spur discussion in Nigeria; the hope is that those who can make a difference see it and take the first steps to enact change. (TJL)

Dennemeyer raising money via IP knowledge – Global IP law firm Dennemeyer has launched a Christmas IP quiz with a €2 donation to the World Wildlife Fund (WWF) for every correct answer provided. Participants can choose to answer 5 or 10 questions and play in either the ‘Patents’ or ‘Trademarks’ category. The top five players from both categories will qualify for the final, with the subsequent winner winning transparent speakers. For readers, then, it’s an opportunity to show off trademark knowledge for a good cause – and with a high score league table, those with a competitive streak can compete to be number one. (TA)

Birkenstock quits Amazon (once again) – This week German footwear brand Birkenstock announced it is terminating its business relationship with Amazon Europe over concerns that consumers are “being misled by counterfeit products offered for sale on Amazon Marketplace”.  From January 1 2018, the company will discontinue all direct deliveries of its products through the retailer’s European arm. In a statement, the company alleged that there had been a series of violations of the law on the platform, with poor quality counterfeits infringing Birkenstock's marks, and that “to this day, no binding statement has been made to the effect that no more counterfeit Birkenstock products would be offered for sale through the platform. Instead, there were further legal violations of a different nature in recent months which Amazon failed to proactively prevent”. This is not the first time that the two have clashed - as we previously reported in January 2017, the footwear brand had stopped doing business with Amazon’s US site due to what it perceived to be a lax approach to counterfeiting on the part of the online retailer. One year on, it will withdraw its European business. (TL)

Twin Peaks on sale after IP spat – Less than two months after its IP spat reached an agreement to modify its packaging, UK retailer Poundland is selling its Toblerone-like chocolate bar Twin Peaks. The product was spotted over the weekend, while some British local press also reported on its launch in the past few days. The new turquoise packaging is very different from the mustard-coloured Toblerone packaging, and presumably reflects the agreement Poundland made with Swiss chocolatier Mondelēz in October. The dispute raised eyebrows earlier in the year because Poundland is a major customer of Mondelēz, selling a large number of Toblerone bars in shops across the UK. Indeed, at least in the stores we visited at the weekend, Twin Peaks and Toblerone bars were not being sold side by side, suggesting a degree of caution on Poundland’s part. Interestingly, Poundland has also confirmed it will change the shape of the Twin Peaks bar after this month. “Following positive discussions, the first 500,000 bars, which will be on sale for £1 throughout December in their original shape, are set to be a collectors' item,” a Poundland spokesperson announced. “After this Poundland will revise the shape so it better represents the outline of the Wrekin and Ercall hills - the inspiration behind Twin Peaks as a British alternative to Toblerone and offering 30g more chocolate." Whether the change is really to better reflect the landscape or is actually distancing itself from the Toblerone bar even further is unanswered. Either way, UK readers can pick up a “collectors’ edition” of the Twin Peaks bar in their local Poundland. (TJL)

Promotions for AWA Asia duo – AWA Asia, the Asian arm of European firm Awapatent, has announced the promotions of Rhonda Tin to senior counsel in Hong Kong and Ashley Zhao to partner in Beijing. Tin specialises in the strategic management of trademark portfolios (contentious and non-contentious), copyright, designs, domain names and advertising related issues. Zhao is regularly involved in both contentious and non-contentious brand management and related advisory matters, and will be managing the trademark prosecution practice in Beijing. Both were part of the founding team when AWA Asia launched in February 2015. (TL)

Milwaukee legal pro heads to Quarles & Brady – Linda Emery has joined national firm Quarles & Brady LLP as a partner in the IP practice group in the firm’s Milwaukee office. Emery focuses her practice in the areas of information technology, data privacy and security, supply chain, the Internet of Things (IOT) and trademarks. She has spent substantial time helping manufacturing, healthcare, and technology companies in the smart devices and IOT arena, advising clients on the data privacy and security laws that impact this fast-paced environment. (TL)

New free-to-view guide to designs law published – World Trademark Review is pleased to announce the publication of the 2018 edition of Designs: A Global Guide. As more companies seek to benefit from the commercial edge that design rights can support, it is crucial that counsel develop a nuanced understanding of local design protection regimes, which vary greatly from country to country. Reflecting this, the publication is intended to provide practitioners with an invaluable reference guide to the designs regime in 15 key jurisdictions, as well as dispensing insight into how to effectively use Community design protection and exploring the protection and enforcement of graphical user interfaces. Each jurisdiction chapter outlines the legal framework, considering the treatment of unregistered rights, the protection available for trade dress and the safeguarding of rights through other legal avenues, as well as presenting strategic enforcement advice. (TL) 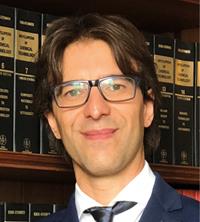