In our latest news round-up we look at the significant changes to Vietnam’s IP laws that came into force this week, a Russian state-owned company’s vodka triumph, the Formula 1 rebrand may have hit a speed bump, and a warning to brand owners over cryptocurrency-related cybersquatting. Coverage this time from Trevor Little (TL), Tim Lince (TJL), and Adam Houldsworth (AH).

Major Vietnam IP changes come into effect – The fourth amendment to the IP laws of Vietnam came into force this week, and could prove to have a major impact for brand owners looking to attain protection in the east-Asian nation. As outlined by law firm Khurana & Khurana, there are a number of important amendments and supplements that could directly affect applicants of either designs or trademarks. For example, there is now the ability for a brand to be recognised as a well-known mark “through the settlement of enforcement or opposition/examination of a trademark that is identical/confusingly similar to the concerned mark”, and the law now clarifies what type of organisations are now entitled to register certification marks and collective marks. Furthermore, deadlines for office actions and payments have been modified (usually increasing). We’ll no doubt have more coverage on this at a later date, but for now it’s worth looking at the top-line changes if you plan on seeking protection in Vietnam in the near future. (TJL)

Netflix’s Escobar dispute appears to reach a peaceful conclusion – In September we reported on the escalation of Netflix’s trademark dispute with the brother of Pablo Escobar, regarding the streaming service’s hit series Narcos which dramatises the life of the infamous drug baron. Having filed use-based claims for trademarks such as NARCOS and CARTEL with the USPTO, 71-year-old Roberto De Jesus Escobar Gavria claimed that Netflix has infringed his rights, promising to “close their little show” if it refuses to pay $1 billion to his company Escobar Inc. This week TMZ reported that Escobar Inc has “waved the white flag”, filing for the abandonment of its trademarks. TMZ notes that it is unclear whether a settlement was reached but the move is a victory for the entertainment giant – which presumably hasn’t stumped up the requested $1bn ransom! (TL)

Thai IP department cracks down on piracy sites – Thailand’s IP department has requested that the Digital Economy and Society Ministry shut down 10 website believed to be selling pirated goods, director general Thossapol Thansubutr said this week. Thansubutr also commented that his department is in the process of assembling the evidence needed to close down up to 20 other offending websites, and that he was seeking tax investigations into online platforms that have profited from the sale of pirated products. (AH)

Pat on the back for Indian customs – Efforts undertaken by Indian customs officials to prioritise IP enforcement and develop a new rights recordal system, which will launch later in 2018, have been commended at a workshop in New Delhi. Jointly organised by the Central Board of Excise and Customs, the International Chamber of Commerce’s Business Action to Stop Counterfeiting and Piracy (BASCAP) initiative, and React, the event brought together customs officers, police, brand owners, international IP offices and embassies, industry associations, and law firms in India. Discussion focused on efforts to combat counterfeits through open dialogue between Indian enforcement agencies and right holders. ICC BASCAP director Sophie Peresson expressed positivity about the progress of made following the launch of a national IPR Policy in India, stating: “In recent years, Indian Customs has taken several steps to tighten security at Indian borders and prevent counterfeits from reaching consumers. Industry continues to be encouraged by these initiatives and closer cooperation can resolve some of the issues that are preventing effective and swift enforcement actions.” Providing a glimpse into future focuses, in his closing remarks Rajiv Aggarwal, joint secretary of India’s department of industrial policy and promotion, stated that enhanced coordination among government agencies and with industry was necessary to achieve better results. (TL)

It’s easy like trademark law? – Coverage of a dispute over the right to use The Commodores' name and trademarks has generated numerous headlines in the music press over the past week. As reported in Billboard, a Florida appellate has ruled that the rights reside with a company run by founding members William King and Walter Orange, who had both launched legal action back in 2014 against ex-bandmate Thomas McClary for trademark infringement. We have written previously about the need for bands to consider future ownership of their names – and in this instance previous agreements were central to the dispute, with the court pointing to “various contractual agreements executed by the parties confirm the group members contemplated that the marks were to be jointly but not severally owned and, in addition, that a member leaving the group would cease using the group’s name as an identifier”. Those agreements mean that The Commodores of the present, who continue to produce albums and are regularly on the road, are able to extend the band’s heritage – with the decision illustrating how early consideration of naming rights can be crucial when in dispute decades later. (TL)

Russian state wins battle in war over vodka trademark – A Dutch court has ruled that a Russian state-owned company, FKP Sojuzplodoimport, owns the Stoli and Stolichnaya vodka trademarks in the Benelux. It also decided that SPI Group – which claims to be the rightful owner of the brands and  sells them across the world – must repay FKP the profits it has made in the Benelux since 1999. The Dutch proceedings are part of a larger trademark war between FKP and SPI, which are embroiled in litigation in many other European countries, as well as Australia and the US. Though the state entity has got the upper hand on this occasion, back in late-November it was SPI which enjoyed a victory when the Federal Court of Australia suspended FKP’s lawsuit and compelled it to pay its opponent’s legal costs. The 12-year dispute between the two organisations is unlikely to come to an end any time soon, with SPI already announcing that it will appeal the Benelux decision. (AH)

Formula 1 face issues with controversial new logo – According to Wheels24, bosses at Formula 1 may face trademark issues related to its new logo. Unveiled in December, the new official F1 logo will replace the long-time ‘flying F’ logo that has been used since 1987, described by the BBC as “one of the most recognised sporting brands in the world”. Many fans have voiced dismay at the rebrand to the Formula 1’s new owner, Liberty Media, but it appears the company plans to press ahead with the new logo. That was until media reports pointed out the similarity between the new logo and a logo used by stationary company 3M (the company behind the post-it note), with a 3M spokesperson clarifying that it was now “looking into this matter further”. This could be the start of a trademark dispute or it could be resolved amicably between the two sides – for now, the F1 community is alive with discussions about trademark law. (TJL)

Reaping the benefits (and protecting against the risks) of crypto naming – Much has been written about the skyrocketing value of Bitcoin in recent months, and the various companies that have recently announced initiatives related to cryptocurrencies, such as iconic camera company Kodak’s upcoming KodakCoin. But, according to Quartz, at least “a dozen companies” have “reaped rewards” by simply adding the term “Bitcoin” or “blockchain” to their brand name. The article mentions that this is similar to the 1990s trend of companies adding ‘.com’ to their name, which often lead to share price rises. But the examples using Bitcoin are startling; Tulip BioMed changed its name to Bitcoin Services and saw its stock price rise by a staggering 42,500% – this is despite the function of the company being broadly unclear (its website appears to just explain what Bitcoin is). Nonetheless, for trademark practitioners representing well-known brands, there is at least one takeaway to consider today: cybersquatting related to cryptocurrencies. Specifically, a number of domains have already been registered that are made up of ‘[Brand]Coin.com’ (eg, Kodak is using ‘KodakCoin.com’ for its new crypto initiative). For example, according to research by World Trademark Review, ‘AppleCoin.com’, ‘AmazonCoin.com’, 'DisneyCoin.com', ‘FacebookCoin.com’, ‘GoogleCoin.com’, ‘MicrosoftCoin.com’, ‘SamsungCoin.com’, ‘WalmartCoin.com’, and ‘WellsFargoCoin.com’ are all owned by entities that do not appear to be linked to the associated brand. With current cryptocurrencies named after food, memes, and even politicians, there could be official and unofficial use of brand names in the cryptocurrency space in the future – so it’s an area worth having on the radar going forward. (TJL)

Litigation guide released – World Trademark Review recently published the latest edition of its free-to-view guide to litigation procedures world-wide. For trademark professionals, litigation is usually the action of last resort or launched only when faced with critical brand challenges. When it does become unavoidable, it is essential to create a robust strategy, taking into account the applicable systems and procedures in the relevant jurisdiction. Reflecting this, our Trademark Litigation 2018: A Global Guide serves as an invaluable reference guide to the litigation regimes in 16 important jurisdictions. (TL) 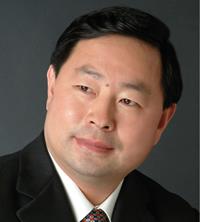