By Elena Carpani and Silvia Grazioli

A case from the European Court of Justice offers invaluable guidance for what is acceptable in comparative advertising, especially when it comes to comparing the prices of goods sold in different types and sizes of outlet.

The EU Directive on Misleading and Comparative Advertising (2006/114) guarantees substantially uniform regulation for advertising and unfair competition in all of the EU member states that have adopted it.

In relation to misleading advertising, the directive sets out particular elements that must be taken into consideration in judgments relating to deception. These are:

(a) is not misleading within the meaning of the directive itself as well as Directive 2005/29/EC concerning unfair business-to-consumer commercial practices in the internal market;

(b) compares goods or services meeting the same needs or intended for the same purpose;

(c) objectively compares one or more material, relevant, verifiable and representative features of those goods and services, which may include price;

(d) does not discredit or denigrate the trademarks, trade names, other distinguishing marks, goods, services, activities or circumstances of a competitor;

(f) does not take unfair advantage of the reputation of a trademark, trade name or other distinguishing marks of a competitor or of the designation of origin of competing products;

With regard to judicial protection against misleading and comparative advertising, the directive provides ample scope for administrative bodies in different EU member states, represented in Italy by the Autorità Garante della Concorrenza e del Mercato, in France by the Autorité de la Concurrence, in Spain by the Comisión Nacional de los Mercados y la Competencia and in Germany by the Bundeskartellamt.

The directive also leaves some room for self-regulatory bodies. In Italy, there is the Istituto di Autodisciplina Pubblicitaria, in France the Autorité de Régulation Professionnelle de la Publicité, in Spain the Asociación para la Autorregulación de la Comunicación Comercial and in the United Kingdom the Advertising Standards Authority.

All advertising self-regulatory bodies in the European territory are signatories to the European Advertising Standards Alliance, a body tasked with promoting responsible communication and broadcasting guidelines, as well as best practices in the field of advertising.

Examples of unfair advertising across the European Union

In Italy, the claim L’alcol non sussiste (No alcohol present) was considered misleading for a non-alcoholic beer that did in fact contain a very small amount of residual alcohol (Autorità Garante della Concorrenza e del Mercato Case No 883/1990, Tourtel beer case). Also judged to be misleading was the use of the expression “100% lana, 100% cotone” (100% wool, 100% cotton) for a fabric with a significant percentage of polyamide fibre (Autorità Garante della Concorrenza e del Mercato Case No 1088/1993). In another case it was considered misleading to define as ‘ecological’ a gas that contains, albeit in modest quantities, substances that are harmful to the environment (Giurì dell’Istituto di Autodisciplina Pubblicitaria Case No 54/1989, Saratoga spray case).

In the United Kingdom, the following post on Facebook was deemed liable to deceive: “COMPETITION TIME! Like & Share our page for a chance to win a £100 Amazon voucher. Competition ends February 28th, the winner will be announced shortly afterwards!”. It was held that the ad failed to provide any information on how the promotion was managed and no subsequent evidence was provided that anyone had actually won the prize.

With reference to comparative advertising, a distinction should be made between hyperbolic communications (ie, an ad that establishes a comparison with the generality of competitors but which is not actually likely to mislead consumers) and actual comparative communications.

The following claims have been considered hyperbolic communication (and therefore permitted):

However, the claim “the largest internet network in Italy” was considered to be comparatively unfair because the telecommunications company in question failed to provide adequate evidence via use of data and studies of the truthfulness of the claim.

In another case of direct comparative advertising with reference to food for children, one party broadcast a table of contents of mycotoxins and pesticides comparing its products to those of a competitor. This communication was considered comparatively unfair as it did not meet the homogeneity requirements (the competitor's products were not only for children but also for adults) as well as the requirement for a comparison between relevant and representative features (the product prices were very different) required by the directive.

Notwithstanding this, there is no doubt that in a free market there are as many people called on to make choices as there are goods or services on offer. In order for the market to function properly, such choices need to be made consciously. This means that consumers must be in a condition suitable for making informed decisions, which in turn implies the need for access to correct and accurate information.

Within this context, misleading advertising is relevant in terms of protecting the interests of both the potential purchaser and any competitors.

A situation prejudicial to the consumer’s interests might give rise to a competitive offence, attributable to the misdirection of customers resulting from deception – that is, a misleading message may allow an entrepreneur to induce a consumer to purchase goods or services, thus unlawfully taking away market share from other competitors or retaining one that would otherwise have been lost if the competitive mechanism had operated correctly.

While a great many rulings have been published by self-regulatory bodies, administrative bodies and ordinary courts throughout the European Union, which have ascertained the misleading or comparatively incorrect nature of advertising communications and ordered their cessation, there are very few cases in which ordinary courts have been asked to rule on the merits (ie, have been called on to ascertain the anti-competitive nature of the ad in question).

The European Court of Justice (ECJ) recently considered questions in a French case where the advertising campaign was found to have abused the promoter’s larger size, even though the prices charged by different shops for the same product were compared objectively (Case C-562/15 – Judgment of the Court, Second Chamber, 8 February 2017).

A well-known multinational supermarket chain had launched a large-scale television advertising campaign entitled Garantie prix le plus bas (lowest price guaranteed) comparing the prices of 500 branded products in the promoter’s official-signage stores with those of its competitors and offering consumers a refund of twice the price difference if they found a lower price elsewhere. While the competitors’ prices appeared to be consistently higher than the promoter’s, it was not made clear that the prices quoted for the promoter were those charged at hypermarkets, while the prices for the goods sold by competitors were for goods sold at supermarkets (ie, at smaller shops).

One of the competitors used in the comparison obtained a favourable ruling from the Paris Commercial Court, which held that this was a misleading method of selecting sales outlets. This in turn had distorted the representative nature of the price comparison, thus infringing the requirements of objectivity set out in the French Consumer Code and qualifying as an act of unfair competition.

At the second instance, the Paris Court of Appeal considered it necessary for the ECJ to intervene (ie, to issue a preliminary ruling). In particular, the court was asked to specify:

The ECJ clarified that the difference in size or type of shop in which prices were recorded and compared by the advertiser may in fact distort the objectivity of the comparison.

For these reasons, the ECJ found that the size and type of the shops being compared can also constitute relevant information for the consumer and, as such, must be clearly highlighted in the broadcast advertising. 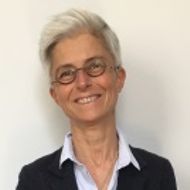 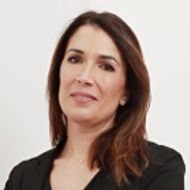