The legal framework for designs in the European Union is based on a dual system. The national systems in the member states co-exist with the Community design system, which is a unitary system governed by a regulation directly applicable in all EU member states.

Rights holders have the possibility of protecting a design in the European Union by means of national designs in the member states of interest and/or by a Community design covering all member states.

In view of the importance of the single market, the Community design system has become more popular for rights holders than the national systems. According to the latest statistics published by the EU Intellectual Property Office (EUIPO) on 12 September 2018, the number of Community design applications in the European Union has been increasing every year (85,000 designs in the past year). In the past three years, applicants based in Germany were the largest users of the Community design system, followed by Italy, the United States and France.

In the European Union, the appearance of all industrial and handicraft items, product parts, packaging, get-up, graphic symbols and typographic typefaces is protectable as a design.

National designs in the European Union

The first step towards harmonisation in the field of designs in the European Union was EU Directive 98/71/EC on the legal protection of designs (13 October 1998). According to the directive, the EU member states had to bring into force the laws, regulations or administrative provisions necessary to comply with the directive no later than 28 October 2001.

To ensure that the directive’s application and implementation remains uniform throughout the member states, courts at national level may submit a request for preliminary ruling concerning the directive’s interpretation with the European Court of Justice.

The Community Design Regulation entered into force on 6 March 2002 and is applicable in all EU member states. The regulation’s provisions are equally applicable to international registrations designating the European Union. Community design courts will apply their national law in all matters not covered by the regulation.

The Community design system offers the possibility of obtaining EU-wide protection by means of a single registration. The unitary design right is centrally filed, registered, renewed and maintained by the EUIPO. When protection is obtained via an international registration, the World Intellectual Property Organisation manages the registration.

Term and requirements for protection

The protection of an unregistered Community design starts on the date on which the design was first made available to the public in the European Union. It is protected for a three-year period from this date. For obtaining protection as an unregistered design it is crucial that the first disclosure takes place in the European Union. Unregistered Community designs are particularly common in sectors with seasonal products (eg, the fashion sector).

The requirements for protection are identical both for registered and unregistered Community designs.

In order to obtain protection, a design must be new and possess individual character.

When a Community design is filed, the EUIPO does not examine whether the design is new or possesses individual character, but only whether the application complies with the formal requirements. The substantive requirements – in particular novelty and individual character – can only be examined in separate invalidity proceedings before the EUIPO or in infringement proceedings before civil courts.

Novelty: A design will be considered new if no identical design was made available to the public anywhere in the world before the filing date (in case of registered Community designs) or disclosure date (in case of unregistered Community designs). A design will not be considered new if it differs only in immaterial details from a prior design.

Individual character: A design will be considered to have individual character if the overall impression it produces on the informed user is different from that produced by any other design which has been made available to the public before.

The owner of a registered Community design has the right to prevent third parties from using the identical design or any other design which does not produce a different overall impression on the informed user.

The scope of protection of an unregistered Community design is narrower. The owner has the right to prevent third parties from using the design only if the contested work results from copying the protected design. The production of a very similar design will often lead the court to presume that the subsequent design is the result of copying. In such cases, the alleged infringer will have the possibility of showing that the design is the result of an independent work of creation.

Alternatively, an infringement claim can be brought before the courts of the EU member state where the defendant or plaintiff has their business seat. In such a case, the court will have EU-wide jurisdiction.

In Germany, depending on the circumstances of the case, rights holders can choose between main or preliminary injunction proceedings.

Main proceedings in design infringement cases provide, in principle, a final resolution of the matter. If infringement is confirmed, the defendant will not only be obliged to cease and desist, but must also render information regarding accounts and damages.

In case of conflict, the alleged infringer has alternative options for attacking the design.

According to the draft, Community designs registered until 31 December 2020 will enjoy continued protection in the United Kingdom. The new UK rights will enjoy the same filing or priority date, scope and term of protection as the former EU rights. The European Union has proposed that no official fees will arise in connection with the new UK design rights and that the conversion will take place automatically. Discussions on these two points are still ongoing between the European Union and the United Kingdom.

Continued protection for pending applications for registration of Community designs

UK companies will have to be represented by a legal practitioner of a member state of the European Economic Area in invalidity proceedings.

UK legal practitioners will not have the capacity to conduct any kind of proceeding before the EUIPO after the end of the transition period.

After the end of the transitional period, UK courts will no longer have jurisdiction to decide on the infringement (and validity) of a Community design right.

An infringement action can still be initiated before a Community design court of the member state in which the infringing act has been committed or threatened (except the United Kingdom). The national court will have jurisdiction only with respect to its territory.

Multiple applications can save money

It is possible to include several designs in one application, provided that they all belong to the same Locarno class. The official fees are considerably reduced from the second design included in a multiple application.

No privilege of legal presumption for unregistered Community designs

The safest and most cost-efficient way of protecting a design in the European Union is by means of a registered Community design. Ideally, a design application should be filed with the EUIPO before disclosure of the design in question.

After expiry of the grace period, a disclosure of the design by the applicant will be considered as novelty destroying prior art.

If no design is filed within the 12-month novelty grace period, the design might still be protectable as an unregistered Community design, provided that the first disclosure of the design in question took place in the EU territory.

In the development process of a product series, deferring publication of a design might be appropriate to avoid competitors becoming inspired by the characteristic features of the design forming part of the series.

Protection of logos as designs

The graphical representation of logos can be protected as device trademarks and designs. There are some differences between the protection provided by a device trademark and a design in the European Union.

No distinctiveness requirement: Where a pure device trademark would not be considered distinctive by the EUIPO, a design registration (Locarno Class 32-00) can offer useful protection. The design logo must be new (bearing in mind the novelty grace period) and possess individual character.

Limited term of protection: A trademark can be renewed indefinitely, while a design can be protected only for a maximum of 25 years. 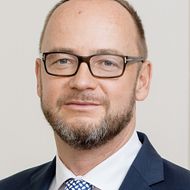 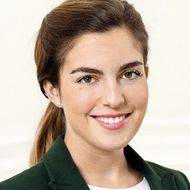