Just days after California started legally selling recreational marijuana, the Trump Administration has signalled a U-turn on the federal marijuana enforcement policy, bringing it into conflict with a number of states. The move also creates further uncertainty about the prospects for brands in the sector.

Since the passage of the Controlled Substances Act (CSA) in 1970, Congress has generally prohibited the cultivation, distribution, and possession of marijuana. While the Obama administration had (via the so-called ‘Cole Memo’) relaxed the blanket enforcement of federal marijuana law in states that have legalized the drug – resulting in a number of states voting to do just that – yesterday the Department of Justice announced a return to the rule of law and the rescission of previous guidance documents.

A memo issued by Attorney General Jeff Sessions directs US attorneys to enforce the laws enacted by Congress and to follow well-established principles when pursuing prosecutions related to marijuana activities. It states that “previous nationwide guidance specific to marijuana enforcement is unnecessary”, with the DOJ characterising the move as “a return of trust and local control to federal prosecutors who know where and how to deploy Justice Department resources most effectively”. Sessions stated: "It is the mission of the Department of Justice to enforce the laws of the United States, and the previous issuance of guidance undermines the rule of law and the ability of our local, state, tribal, and federal law enforcement partners to carry out this mission.”

The move has grabbed media headlines, with some seeing it as throwing the legalisation movement into new doubt. A number of states have reacted negatively, with California’s Lieutenant Governor, Gavin Newsom, adopting a combative stance: “Today, Jeff Sessions and the Trump administration destructively doubled down on the failed, costly and racially discriminatory policy of marijuana criminalisation… California will stand together to pursue all legal, legislative and political options to protect its reforms and its rights as a state, I call on our federal leaders to move quickly to protect states’ rights from the harmful effects of this ideological tantrum by Jeff Sessions.”

One aspect that hasn’t yet generated coverage is what the development means for trademarks in the sector. Just over a year ago we presented analysis of the nearly 600 applications for ‘cannabis’ marks languishing before the US Patent and Trademark Office (USPTO), the agency unable to extend its authority to cover a product that is a federally prohibited Schedule I drug under the US Controlled Substances Act. At federal level, then, nothing has changed overnight. Roberto Ledesma, of the Law Office of Roberto Ledesma, told World Trademark Review: “At the federal level, the TTAB issued a precedential opinion in 2016 that held the CSA trumps the ‘Cole Memo’ in determining whether use of a trademark for marijuana goods/services is a ‘lawful’ use in commerce. So rescinding the policy does not change much at the USPTO. Trademarks for marijuana goods/services were not being approved for registration before on the ground that they were not a lawful use in commerce and they certainly won't be now.”

As we have reported previously, for companies in the sector wishing to legally protect their brands, the prospect of state level protection where legalisation has been confirmed has been the key hope. Last year, for example, a bill was introduced in California seeking to create state-level protection for cannabis products. That was placed on suspense file on December 1 2017. Ledesma reflects: “As for the state level, that remains to be seen. We would have to see what action the DOJ actually takes, if any. Obviously, the threat of legal action or rescinding certain assurances may limit growth of recreational/medicinal marijuana businesses and state laws.”

An update issued by Lane Powell notes that it is not yet clear whether marijuana will become an enforcement priority and this will be a critical factor in assessing the impact of the memo on the growth of businesses. Lane Powell expands: “While individual US attorneys will continue to have prosecutorial discretion in their federal districts to de-emphasize cannabis prosecutions, it is highly likely that in some locations US attorneys may now want to move forward in bringing criminal and civil actions against those engaged directly or indirectly in the marijuana business. Attorney General Sessions’ rescission of the Cole Memo removes an impediment to such actions and may be seen by US attorneys and federal prosecutors as an encouragement to actually encourage them. At this time, it is difficult to predict how this will affect people directly involved in the manufacture, production and sale of marijuana and those — such as financial institutions or other service providers — that are providing important services to these businesses. While it is possible that some states, such as California, may try to go to court seeking relief, the Constitution’s Supremacy Clause likely makes any such state activity futile.”

All will hinge on the enforcement approach now taken by the administration. If it steps up its efforts against companies in the sector, then they could find their very business models under threat. Understandably, trademark protection may now be lower on the priority list as businesses wait to see whether – now they are free to do so – attorneys do prioritise enforcement against companies operating in the sector.

In short the memo changes little from a practical perspective but it does mean that federal level protection just became a more distant dream, while the state picture remains clouded in uncertainty. 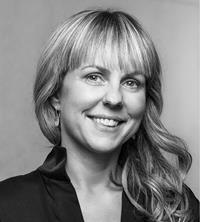