Trademark squatting is rife in China, so it pays to register fast. If a dishonest filing has already been made, showing that a trademark enjoys a high reputation can help in opposition or invalidation proceedings.

China is a first-to-file jurisdiction – a fact that has led to a significant amount of activity by trademark squatters. The easiest way to ensure that bad-faith applicants do not beat a genuine brand owner to a registration is to file as early – and as broadly – as possible. However, where a brand owner believes that a squatter has filed in bad faith, seeking well-known trademark status or arguing that a mark has attained a high reputation are two ways to claim prior rights.

While well-known status can give brand owners broad protection across classes not already registered (and even protection for trade names), the threshold for recognition is high. Not many brands have obtained, or will obtain, recognition. Where well-known status might not be available, brand owners should look to prove that their mark has acquired a high reputation in order to gain prior rights and combat bad-faith filings.

It can be challenging to obtain well-known trademark status. A number of factors will be considered before a determination is made, and the evidential burden is high.

Brand owners should prepare well in advance and work with local counsel to find the best way to claim well-known status, while also collecting a large amount of strong evidence. Following a review of the first batch, counsel will likely request additional evidence, including related documentation showing a full evidentiary chain of the items already provided. In certain circumstances, more time will be needed for notarisation and legalisation – where the evidence will be authenticated in the home country and by the Chinese embassy in that country. This alone can take weeks or even months. It probably goes without saying, but given the amount of time, effort and cost associated with preparing a claim, brand owners should ensure that they are working with a local attorney or firm with extensive experience of these types of specialised case.

It is important to select the most appropriate case to claim well-known status. Often, there will be a number of trademarks filed by one trademark squatter or multiple squatters. Given that there may be numerous possible cases, it is best to choose the strongest one. When deciding the best one to pursue, the brand owner should consider:

Next, the courts or examiners will look at a number of factors, including:

These factors will be important when deciding whether a well-known status claim is the best way forward and which type of proceeding to initiate.

Further, examiners have issued additional criteria that can help when collecting evidence, including:

It is more efficient and easier to ask a local attorney who is well versed in the above factors to give initial guidance on what evidence to provide.

Once a favourable decision on well-known status is obtained, it can be used in future cases against the same party and in cases involving others. Bear in mind, however, that a decision recognising well-known status in one case is not binding on future decisions – although it will be highly persuasive.

If the high threshold for well-known status cannot be reached, it may still be possible to argue prior rights based on the high reputation of a trademark. While there is no single element required to prove that a mark has attained a high reputation, usually trademark owners should seek to show:

High reputation is generally more limited in the protection that it offers than well-known status, but it remains a useful tool for opposing and invalidating problematic marks.

It cannot be stressed enough that brand owners should register their trademarks in China early and broadly. This will save a lot of time and cost. However, even if a rights holder is not the first to file, prior rights can be claimed. With the right strategy and evidence, brand owners can assert that their mark is well known or has a sufficiently high reputation in China to combat trademark squatters. 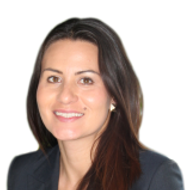