Every Tuesday and Friday, World Trademark Review presents a round-up of news, developments and insights from across the trademark sphere. In our latest edition, we look at a warning about counterfeit make-up in China, Alibaba launching legal action against a cryptocurrency company, and Moroccan city Casablanca being labelled the “Eldorado of counterfeiting”. Coverage this time from Trevor Little (TL), Tim Lince (TJL) and Adam Houldsworth (AH).

Counterfeit trade in Southeast Asia reaches “alarming level” – A representative from the Organisation for Economic Co-operation and Development (OECD) has spoken out about the rampant trade in counterfeits in countries from Southeast Asia. Piotr Stryszowski, a senior economist of public governance and territorial development directorate at the OECD, told the South China Morning Post at the weekend that trade in fakes across the region had reached “alarming levels”, expanding that the range of illicit goods is growing to basically any product with a logo: “What’s worrying is that the scope [of counterfeiting] is expanding. More products are being attacked or copied. These days counterfeit goods can range from branded consumer products, spare parts, batteries and business-to-business goods to common consumer goods such as toothpaste, cosmetics and food. If there is a product where people are willing to pay more for its brand name or for any other reasons such as safety and quality, this product can become a target for counterfeiters.” One issue the OECD is often finding is a lack of data in certain countries – such as Malaysia – to accurately measure counterfeit trade. Overall, though, the interview with Stryszowski is well worth a read as a reminder of the issue that so many rights holders are facing on a daily basis. (TJL)

Casablanca’s counterfeit problem – The Arab Weekly has labelled Casablanca the “Eldorado of Counterfeiting and Piracy”, adding that fake goods are worth $1.27 billion in Morocco – equivalent to more than 1% of the country’s GDP. However, there is disagreement over the routing of such goods. While the news outlet reports that sellers insist that counterfeits land in Casablanca’s port, former customs official, Lotfi Abourizk, has claimed they arrive via Spanish ports in Ceuta and Melilla. Worryingly, though, wherever they come from, Abourizk argues that the country’s authorities will not be able to eradicate counterfeits because the industry employs thousands of people. (TL)

Wine Australia granted new powers in fight against fakes – Wine Australia has been granted new powers to tackle exporters of counterfeit beverages, including rights to disallow shipping approvals and to suspend or cancel licenses, it has been reported. Andreas Clark, the organisation’s CEO, said “these new regulations will extend Wine Australia’s power to do more to protect Australian wine’s reputation overseas by ensuring the bona fides of potential and existing exporters”. And the body’s general counsel, Rachel Triggs, said the new regulations replace decades-old powers and reflect the evolving challenges faced by the Australian wine industry.“The new regulations [allow us] to grant or refuse a product for export”, she said, continuing: “It is not an express power in relation to intellectual property matters, but it does broaden the scope to take into consideration these sorts of matters.” The Australian wine industry has a significant problem with counterfeits in emerging markets; and the announcement of the new regulations follows the recent seizure of approximately 50,000 bottles of fake Penfolds wine in China. (AH)

Dublin considers banning street traders convicted of selling fakes – The capital city of the Republic of Ireland, Dublin, is considering banning street traders from holding licences to operate stalls if they are convicted of selling counterfeits. According to The Times, Dublin City Council has stated that the selling of fakes (and other contraband items) is already prohibited under a 2013 bylaw which governs casual trading in the city. However, the council wants to strengthen the law by reserving the right to refuse a licence to anyone convicted of selling fake goods in the past three years. The move is in early stages – with a consultation period coming to an end last Thursday – but on the face of it, it sounds like a positive move that should be welcomed by rights holders. (TJL)

Warning of counterfeit make-up trend in China – A new article on Jing Daily has warned of a concerning trend in China: consumers making counterfeit cosmetic products. The Chinese short video platform Douyin has a number of “DIY cosmetics” videos in its trending section, wherein users “pour a prepared liquid into a lipstick stub, shape it with a heating tool, and then stick on brand logos”. The logos used include products from Dior, YSL, Givenchy, Chanel, and MAC. Jing spoke to one of the users who uploaded such videos, and they stated that such do-it-yourself make-up is fair game: “Most of the money consumers spend on high-end lipstick is for the branding, but the level of quality can be easily reproduced at home, and it’s quite safe [and showed a picture of her child applying one of her homemade lipsticks].” The move should be on the radar of practitioners who work for, or with, cosmetics clients. Positively, video platform Douyin (as well as another Chinese video website, Kuaishou) have announced they will stop recommending such counterfeiting videos in their trending sections. However, practitioners should ensure they monitor other social media and video platforms in case this activity grows in popularity in China or even catches on in other markets. (TJL)

Alibaba launches cryptocurrency trademark suit – While trademark-related media coverage of Alibaba tends to focus on the treatment of third party rights, Alibaba’s own brand is one that others see value in utilising. And this week, the ecommerce giant launched legal action in the Southern District of New York against AlibabaCoin Foundation’s alleged “unlawful scheme to misappropriate [the] plaintiff’s renowned brand name in order to deceive investors in the US and around the world”. The lawsuit takes aim at the defendant’s “ploy” to use the Alibaba name to raise over $3,500,000 in cryptoassets from investors through Initial Coin Offerings – engaging “in a willful and concerted campaign to cause the public to believe falsely that Alibaba is the source of defendants’ products and services”. The suit notes that, in terms of actual confusion, some news outlets have reported that Alibaba and the defendants are affiliated and the company is seeking a permanent injunction against AlibabaCoin Foundation, as well as monetary relief. (TL)

Legal blow for Lindsay Lohan – Last week the State of New York Court of Appeals court rejected an appeal lodged by actress Lindsay Lohan in a publicity rights case centred on a character – Lacey Jonas – in popular video game Grand Theft Auto V. Lohan maintained that Jonas was her “look-a-like” and misappropriated her “portrait and voice.” Usefully, in its review of the facts, the court found that an avatar (“a graphical representation of a person, in a video game or like media”) may constitute a “portrait” within the meaning of article 5 of the Civil Rights Law. However, this was of little solace to Lohan, the court also finding that the images in question did not constitute a “portrait” of her: “The Jonas character simply is not recognizable as plaintiff inasmuch as it merely is a generic artistic depiction of a ‘twenty something’ woman without any particular identifying physical characteristics.” (TL)

LeBron James in dispute with University of Alabama over barber shop concept - Lawyers representing LeBron James has sent a letter to the University of Alabama, accusing it of infringing trademarks and copyright owned by the basketball star’s Uninterrupted media channel. It is reported that the alleged infringement concerns a trailer which appeared on the University of Alabama’s Twitter account for a “Shop Talk” discussion in a barber shop setting. James’ media platform has already begun to air episodes of ‘The Shop’, a web discussion series also set in a barber shop – a concept which Uninterrupted claims exclusive rights to. “Your exploitation of ‘Shop Talk’ infringes Uniterrupted’s copyright, trademark rights and other valuable intellectual property rights in ‘The Shop’”, reads the letter sent to the University of Alabama, which suggests a conversation between the two parties, rather than “rushing into legal proceedings”. Trademark attorney Erik Pelton questioned whether the dispute is “classic overreach” on Twitter, adding: “If Alabama is infringing [LeBron] with a video of sports discussion in [a] barbershop, then surely LeBron is infringing on many.” (AH)

Kuwait upgrades online trademark system – According to law firm Jah & Co, the Kuwait Trademark Office upgraded its IP system this week and has switched to a “completely online system” for trademark filings. Therefore, the firm advises that documentary evidence for marks must be fulfilled online, expanding: “The earlier practice of filing trademarks without the presence of the original documents have been discontinued even if there is a priority claim with an imminent deadline.” More information can be found on Jah & Co’s website, but the move appears to be a positive one for practitioners who prefer to conduct their work digitally. (TJL)

The more Chinese filings the better - The China Law Blog published a piece yesterday offering tips on which, and how many, trademark applications a brand should file for in China. The takeaway message: “You never know for sure what will work with the CTMO, but on a sheer numbers basis, the more trademark applications you file, the more likely one is to be registered”. Among the blog’s specific recommendations is that companies file as many phonetically and orthographically similar marks as they can afford in order to guard against potential trademark squatting. Filing in multiple categories is also encouraged, as is applying for separate text and logo trademarks for branding which features both. (AH)

King & Spalding bags Cooley lawyer – International law firm King & Spalding has announced that IP trial lawyer Jim Brogan will be joining as a partner within its trial and global disputes practice group. Brogan joins from Cooley, where he spent 17 years, including four years as chair of the firm’s IP practice between 2012 and 2016. He is the second lawyer to join from Cooley recently, with Tom Friel joining last month as an IP trial lawyer. Talking about this latest hire, Kenny Steinthal, leader of King & Spalding’s intellectual property practice, stated: “Jim has an excellent reputation and track record as a litigator, both nationally and among high-profile companies in Silicon Valley and elsewhere. His expertise will make our IP-related offerings to clients even more robust.” (TJL)

Combination complete – Foley & Lardner and Gardere Wynne Sewell have announced the successful combination of the two firms, effective April 1 2018.  The combined firm will have approximately 1,100 lawyers in 24 offices in the United States, Mexico, Asia and Europe. As a result of the combination, Foley will expand geographically in several service areas including intellectual property. (TL)

Baele appointed chair of ICC’s commission on IP – The current vice-president of Philips Intellectual Property and Standards, Ingrid Baele, has taken the helm of the International Chamber of Commerce’s Commision on IP, the organisation has announced. The ICC’s IP Commission describes itself as “the voice of global business on IP issues”, and it publishes an annual IP Roadmap for practitioners around the world. Baele takes over the role from David Koris, the former head of IP and general counsel at Shell International, who commented: “Ingrid has proved herself year after year as a dedicated global visionary in the development, management and commercializsation of intangible assets.” (TJL) 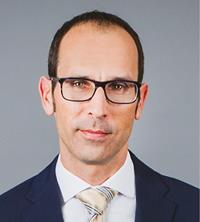