In our latest news round-up we look at California accepting state-wide trademarks for cannabis-related goods and services, Myanmar moving a step closer to an IP overhaul, and a controversial trademark application seemingly linked to the #MeToo movement. Coverage this time from Trevor Little (TL), Tim Lince (TJL), and Adam Houldsworth (AH).

California opens door to cannabis industry trademarks – Earlier this month we reported on the Trump Administration signalling a U-turn on the federal marijuana enforcement policy, bringing it into conflict with a number of states that had legalised the recreational use of marijuana. As we noted, the policy change did not have an impact on the registrability of trademarks at the USPTO – the agency has long refused to extend protection to products that are federally prohibited Schedule I drugs under the US Controlled Substances Act. However, the question that remained was whether companies in the sector wishing to legally protect their brands would be able to turn to state level protection. For those in California, the answer appears to be ‘yes’. California’s secretary of state has announced it is now accepting applications for marijuana-related trademarks. In a further boost to applicants (as well as those in other industries) it has also been announced that companies are now able to file trademark applications electronically in California. The Secretary of State has also launched a ‘cannabizfile’ portal, offering information related to cannabis-related business filings. The portal states that customers may register their cannabis-related trademark or service marks with the California Secretary of State's office so long as the mark is lawfully in use in commerce within California and matches the classification of goods and services adopted by the USPTO. (TL)

New South African partnership to assist start-ups with IP protection – South African start-ups will be able to register their company name and a ‘.co.za’ domain name simultaneously, thanks to a new partnership between the ZA Domain Name Authority, the ZA Central Registry and the Companies and Intellectual Properties Commission. This collaboration will make it easier for new companies to protect their online identity, said Lucky Masilela, CEO of the country’s Central Registry. However, the ‘co.za’ registrations made this way will expire after only one year, at which point businesses will be required to pay the normal price for continued registration. (AH)

Comic-Con trademark battle rages on as both sides request retrial – The dispute between San Diego Comic-Con and Salt Lake Comic Con rages on, with neither side satisfied by the outcome of last year’s District Court litigation. In December, a California jury decided that the Utah organisation has infringed its rival’s COMIC-CON trademark – which was not a generic term as the defendant claimed – but rejected the San Diego outfit’s allegations of wilful infringement, and awarded only $20,000 in compensation – a tiny fraction of the $12 million being sought. It now transpires that the owners of Salt Lake Comic Con, Dan Farr and Bryan Brandenburg, are seeking a retrial, claiming that important evidence was left out of the previous hearing, and that the jury was given wrongful instructions. San Diego Comic-Con is also seeking a new trial to reconsider the damages award and whether the infringement was wilful. It alleges “staggering” misconduct by Farr and Brandenburg during the first round of litigation. Both motions will be heard in May. (AH)

European court reinstates four year-old Starbuck litigation – The EU General Court has revived a trademark infringement case made by Starbucks against a small Belgian coffee house. In 2014, the multinational filed an opposition to a trademark which had been registered with EUIPO (then OHIM) by Hasmik Nersesyan in 2013. It alleged that the mark was confusingly similar to its well-known mermaid logo. The allegation was rejected in early-2015 by the IP office, a decision upheld on appeal on the grounds that the Belgian entity’s mark’s dominant and distinctive elements - “Coffee Rocks” text and bean-shaped musical notes - differed from those of the Starbucks logo.  However, the General Court has now annulled the Board of Appeal’s ruling, agreeing with the multinational coffee chain that there are significant similarities between the two trademarks. As such, the path has been cleared for Starbucks to move forward with its complaint. (AH)

The Eagles check out of Hotel California suit – Classic rock band The Eagles have settled a lawsuit with a Mexican hotel it accusing of stealing the name from its song Hotel California, according to an article on Billboard. A statement from the band’s attorney confirmed the matter “has been settled by mutual agreement”. The end of the lawsuit came after the hotel owners’ withdrew their application to trademark the ‘Hotel California’ at the USPTO earlier this week. The original lawsuit was filed in 2017, and the band argued that the hotel – which opened as Hotel California in 1950 – was capitalising on its success. It appears, though, the band has subsequently changed its tune after the hotel no longer sought registered protection in the US. (TJL)

Myanmar moves step closer to transformative IP overhaul – A slew of IP bills in Myanmar, which will cover copyrights, trademarks, industrial designs, and patents, moved a step closer to being passed this week. The Myanmar National Parliament added the IP bills to the agenda on January 18, and it is expected members of parliament will deliberate on the bills in the next week. As described by law firm Baker McKenzie, the move is an “exciting step for IP law in Myanmar”, and could see more effective trademark protection in the region. (TJL)

IACC talks counterfeits on Russian state media – A spokesperson for the International Anti-counterfeiting Coalition (IACC) has spoken to Russian government-funded TV channel Russia Today (RT) about the prevalence of fake goods. The report was part of the RT show Boom Bust (starting at 5 minutes), and included startling data about counterfeits – including the claim that 65% of fakes come from China, with 18% sold on AliExpress, 15% on Facebook, 14% on Tokopedia, and 13% on Amazon. The IACC’s director of strategic planning, Lara Miller, was interviewed in the segment and spoke about the “trend in seemingly higher quality knock-offs of more close-to-retail price point”. The key point she pushed was that consumers are being increasingly tricked into buying goods that they believe are legitimate but are actually fake, especially due to the recent trend of charging more. “If you have suspicions, then you probably have a counterfeit,” she warned viewers. The 10 minute segment went more in-depth into the counterfeit trade than most TV broadcasts, and viewers will no doubt be thinking twice before purchasing fakes. (TJL)

Controversy over fashion brand’s #MeToo trademark application – A US makeup brand, Hard Candy, has raised eyebrows with a trademark application for the term #MeToo, the hashtag being used as part of an international movement against sexual misconduct. According to TMZ, the trademark application was filed in October – shortly after the hashtag attained international fame. A spokesperson for the company claims the intention for the mark is to “give back to women worldwide”, presumably by offering products with the term on makeup products. We’ve written about brands seeking registered trademark protection on terms related to social movements before, and the backlash that can follow. For now, there’s been no significant kick-back except voices of discontent on social media – but, as with any PR event, things could quickly change. As described by law firm Knijff, who first identified the mark last year: “When the world is on fire, trademark applications are never far behind.” (TJL)

Duane Morris makes promotions – Duane Morris has named nine promotions to partnership, including three from the firm’s intellectual property practice. John R. Gibson practices in the area of intellectual property litigation, including trademark infringement actions. Karen Kline’s practice includes trademark, patent and copyright procurement, enforcement and licensing. She counsels clients in all aspects of their domestic and international portfolios and has extensive experience with trademark and copyright enforcement, including online. Christopher J. Tyson has experience with complex intellectual property litigation in federal courts throughout the United States, from pre-filing stages through discovery, summary judgment and trial. (TL)

A new leader at Brinks, Gilson & Lione – Gustavo (Gus) Siller has assumed the role of president Brinks Gilson & Lione. Elected to a four year term, Siller will focus on several core pillars, including: maintaining the firm’s standing in an increasingly competitive legal environment, increasing awareness of the firm’s diversity and inclusion initiatives and identifying efficient and effective business models for protecting clients’ technologies and IP portfolios. Siller also played a pivotal in the successful opening of the firm’s Shenzhen office, with the firm becoming the first non-Chinese law firm to open an office in the region. (TL)

Litigation guide released – World Trademark Review recently published the latest edition of its free-to-view guide to litigation procedures world-wide. For trademark professionals, litigation is usually the action of last resort or launched only when faced with critical brand challenges. When it does become unavoidable, it is essential to create a robust strategy, taking into account the applicable systems and procedures in the relevant jurisdiction. Reflecting this, our Trademark Litigation 2018: A Global Guideserves as an invaluable reference guide to the litigation regimes in 16 important jurisdictions. (TL) 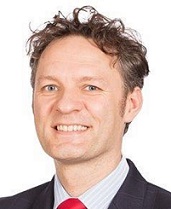