In our latest news round-up we report on the escalation of a Comic Con trademark spat into a free speech row, the unveiling of tomorrow’s trademark industry leaders, the formation of a new Argentinian law firm and how North Korea is working towards the establishment of “world-class” consumer brands. Coverage this time from Trevor Little (TL), Adam Houldsworth (AH) and Timothy Au (TA).

UKIPO tweaks its trademark search tool - The UK’s Intellectual Property Office has adapted its trademark search service, adding tabs to categorise details and introducing the option to ‘display content without tabs’. While the essential functions of the search tool remain unchanged, a number of tweaks detailed on the UKIPO website have been introduced in response to feedback received from users pointing out inefficiencies in the previous set-up. (AH)

Opposition numbers jump as businesses more robustly defend their IP - Staying in the UK, professional services firm RPC has crunched the numbers and found that trademark oppositions leapt by 7% in 2016 – with 2,296 lodged versus 2,146 in 2015. The firm notes that high profile businesses such as EasyGroup, Oxford University, and Rolex have all recently tried to prevent businesses they see as competitors from registering similar brands by blocking their trademarks, with partner David Cran observing: “Firms are [increasingly] employing a ‘strike first’ approach when it comes to opposing a rival’s trademark application.” (TL)

Comic con trademark spat turns into free speech row - San Diego Comic Con and Salt Lake Comic Con are embroiled in a First Amendment dispute arising from their trademark infringement suit over the name COMIC CON. As previously reported by World Trademark Review, the Californian comic convention took action against its Utah namesake, which it alleged had infringed its trademark. The defendant claimed that COMIC CON had become too generic to be protected, the case was seen as an important test of the principles surrounding ‘genericide’. However, the suit has since taken a different turn, with a squabble emerging about the extent to which litigation can be discussed in the media without the right to a fair trial being compromised. San Diego Comic Con initially won a court order preventing its counterpart from posting trial documents online. But now an appeal court had revoked that order on First Amendment grounds, in a decision described by Salt Lake Comic Con as a victory for “common sense (and the Constitution!)”.  (AH)

North Korea steps up international filings in quest to establish “world-class” consumer brands - North Korea has registered a flurry of trademarks for its state brands across the globe in response to Kim Jong-un’s instructions to create “world-class” products for consumers. The trademarks recently filed at WIPO include those of the Ryukyung Kimchi Factory, Radio Free Asia and Pyongyang Bag Factory. It is reported that these registrations follow Kim’s order last week to produce more goods of “good quality with world competitive power”. While China grabs the headlines as Asia’s brand powerhouse, North Korea is clearly keen to make its own mark.  (AH)

INTA names Tomorrow’s Leaders – In May, the International Trademark Association (INTA) announced the creation of The Tomorrow’s Leaders Award, which would recognise the performances and leadership potential of two IP professionals with less than five years of experience. It has now named the first two winners of the award: Ana Letícia Allevato, attorney-at-law at Di Blasi, Parente & Associados; and Erica B.E. Rogers, attorney at Ward and Smith. Allevato is stationed in Rio de Janeiro and focuses on trademark negotiation and acquisitions and coexistence agreements, while the North Carolina-based Rogers concentrates her practice on trademark selection, clearance, prosecution and portfolio management. World Trademark Review congratulates them both and looks forward to tracking their future impact on the trademark world. (TA)

Directnic acquires fellow registrar, fabulous.com - Domain name registrar Fabulous.com has been acquired by its former rival Directnic, it was announced earlier this week. The move constitutes a major consolidation of the domain name registrar sector, bringing two major players under one umbrella. However, the two brands will continue to operate separately, reports Domain Name Wire, with Fabulous.com remaining focused on domain name investors and Directnic on business customers. Directnic’s Director of Business Development, Mike Robertson, has announced, though, that changes will be made to Fabulous’s website and infrastructure. (AH)

Donuts agreed not to sue, insists ICANN in appeal - ICANN has filed its response to the US Court of Appeals, in the latest instalment of its dispute with Donuts. The litigation between the two parties arose initially from a $135 million auction for ‘.web’, in which Donuts was one of several applicants. Having originally planned to hold a private auction, ICANN held an “auction last resort” for the TLD in keeping with the preferences of Nu Dot Co, another applicant. This procedure was unfavourable to Donuts, which queried Nu Dot Co’s conduct, and subsequently sued ICANN. A district court dismissed the lawsuit, finding that Donuts had promised not to sue ICANN over TLD applications. Following an appeal from Donuts, notes Domain Name Wire’s Andrew Allemann, ICANN has recently insisted that its counterpart had agreed to use only alternative dispute resolution mechanisms, and maintained that it had “followed the letter and spirit of the agreed-upon procedures” throughout the application process. (AH)

A (law firm) picture speaks a thousand words? – In an article in The National Law Review, Greg Lorfing, CEO, president, and creative director at GittingsLegal, a global photography agency, has highlighted the importance of law firms setting brand guidelines, including (but not limited to) logo usage, font usage, colour usage and overall brand tone. He argues: “Brand guidelines ensure that your brand elements are used consistently by everyone within your company. While they are important for law firms of any size, they are critical for firms with large teams across several locations. In order to be effective, branding needs to be consistent - no matter how large a firm is.” For firms in the trademark space this is arguably even more important. As ‘brand specialists’, control of the firm’s own identity and narrative is a sure sign to clients that the firm truly ‘gets’ brand. Much of the article focuses on firm photography. While not unexpected (the author himself coming from a photography agency), his observation that “clients are more likely to choose a law firm that has a consistent look, rather than a firm with an unorganized team/attorney page with mismatched portraits” makes sense. For firms specialising in trademark work, it’s all about understanding the power of brand. (TL) 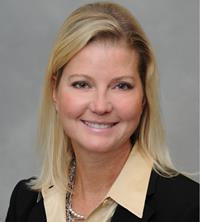