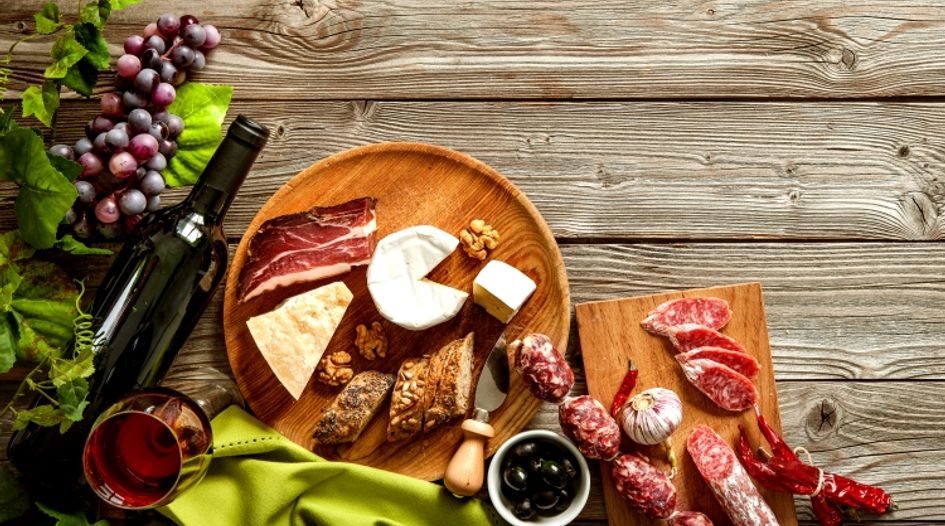 In an exclusive guest post, experts at Hogan Lovells explore the current status of geographical indications in the United Kingdom – and what the future could hold for their protection.

As WTR has reported on extensively since 2016, the impact of the United Kingdom’s departure from the European Union has been significant for trademark practitioners. While many of the practice changes are focused on trademarks and designs, one element that has been less discussed is what the GI environment will look like in the United Kingdom post-Brexit.

Hogan Lovells partner Sahira Khwaja and associate Peter Elkin take a deep dive into the EU-UK Trade and Cooperation Agreement (TCA) and reveal what it means for GI owners.

As a brief reminder, GIs protect the names of products that originate from specific regions and possess qualities or a reputation based on this origin, thereby guaranteeing product authenticity. A GI does not belong to any specific business or individual, but rather applies to products that are made in a specific place or using a specific method (or both) by any qualifying producer. GIs are protected in the European Union under a number of ‘quality schemes’ that use quality product registers. The EU GI protection scheme protects registered product names when they are sold in the European Union.

In the EU-UK TCA, no agreement was reached on a mutual scheme for the protection of GIs post-Brexit. However, the TCA does include a review provision for GIs, allowing for discussions to continue. From 1 January 2021 GIs with UK origin protected under the EU scheme as at 31 December 2020 will continue to have effect in the 27 member states of the European Union. GIs with EU origin protected under the EU scheme have been granted equivalent UK protection under the new UK GI scheme. New and pending GI applications under the EU scheme will not have effect in Great Britain, so a separate application will need to be made under the new UK GI scheme, managed by the Department for Environment, Food and Rural Affairs (DEFRA).

Going forward, the new UK GI scheme protects GI names for products sold in Great Britain. It does not apply to Northern Ireland, which will continue to use the EU GI scheme to protect goods sold in the country. Replicating requirements under the EU GI scheme, the various types of GIs may cover food, drink, agricultural products, wine, aromatised wines and alcoholic spirits, with three identical GI designations, namely:

Both the EU and UK regimes allow for third-country applications, meaning applications for GI protection where the product’s origin is not within the European Union or the United Kingdom, respectively.

Applicants for PDO or PGI protection must:

For a TSG application an applicant must submit a TSG product specification form detailing the product and explaining the elements that give the product its traditional character.

DEFRA will publish the application on the ‘gov.uk’ website if it meets the UK GI scheme requirements. Third parties have three months to state their intention to object and a further two months to provide a reasoned statement of opposition. Following such objections, the applicant has three months to resolve the issue, potentially by making minor changes to the application (major changes require a new application). An application for a traditional term has tighter timescales, with a two-month objection period and a corresponding two-month response period. If no agreement is reached, the competent authority (a localised government body) can make the final decision on the application. If an application is accepted or rejected, the aggrieved applicant or third party can appeal to the first-tier tribunal.

In terms of logo and product labelling requirements, DEFRA has released a series of UK GI logos that either must or can be used for GI protected products. The logos, shown below, are available to download on the ‘gov.uk’ website: 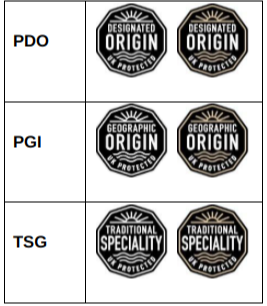 However, products protected under the EU GI scheme must display an EU GI logo when sold in Northern Ireland or the European Union – although this is optional when sold in the rest of the world (including the United Kingdom). Displaying a UK GI logo on products registered under the UK GI scheme but sold in Northern Ireland, the European Union and/or the rest of the world is optional subject to local regulations.

Wine, amortised wine and spirit products from the United Kingdom registered under the UK GI scheme may display the relevant UK GI logo on their label, although this is not compulsory. The GI logo must appear in the same field of vision as the GI name. The relevant GI designation (PDO, PGI or TSG) must be included on the product's packaging.

The future of GIs in the United Kingdom

Apart from any review of the UK-EU deal pursuant to the TCA, we expect to see bilateral reciprocal protection of GIs being part of the United Kingdom’s negotiations for trade deals with other non-EU countries. This area will develop quickly over the next few years and producers of food, wine, spirits or agricultural products in the United Kingdom should keep watch for developments.

Sahira Khwaja is a partner and Peter Elkin is an associate at Hogan Lovells.