Clearing the market of FMCG counterfeits

Russia’s fast-moving consumer goods market is growing thanks to increasing consumption and accelerated competition between manufacturers and retailers. Players in the market should consider IP protection, advertising and unfair competition when building an effective enforcement strategy.

According to key market statistics and reports from top industry experts, the volume of fast-moving consumer goods (FMCG) sales and the capacity of Russia’s retail market is increasing each year. Growth of the Russian FMCG market is provided mostly by the incremental increase of consumption volume and accelerated competition between manufacturers and retailers, which launch brand new products and develop private labelling. It is therefore vital for players in the market to consider recent legislative acts and initiatives in IP protection, advertising and unfair competition when building an effective enforcement strategy.

There is no doubt that all parties involved are interested in clearing the market of counterfeits. Border measures taken by customs authorities are one of the most effective enforcement tools to prevent counterfeit products from being imported into the Russian market. According to official statistics, in 2018 Customs detained 16.2 million counterfeit items. In order to help officials identify counterfeit goods more easily, rights holders can record their trademarks, appellations of origin and copyrighted subject matter with the Customs Register of Intellectual Property, subject to certain conditions and requirements.

While considering border measures, rights holders should be aware that Russia – along with Armenia, Belarus, Kazakhstan and Kyrgyzstan – are all members of the Eurasian Economic Union (EAEU). The EAEU Customs Code entered into force on 1 January 2018 and provides that there are no customs borders between member states and that goods move freely within the union. This in turn highlights the importance of trademark registrations and customs recordals in all member countries. Analysis of the structure of the national customs registers shows that manufacturers of spare parts, food and beverages are most interested in protecting IP rights.

The Customs Code introduced a Unified Customs Register of Intellectual Property, in which trademark registrations, appellations of origin of goods and copyrighted works valid in all EAEU member states can be recorded. While the register is not presently available, according to the Eurasian Economic Commission it should begin operation in July 2020.

A regional trademark protection system is due to be introduced as part of efforts to promote regional economic integration; it will be governed by the EAEU Agreement on Trademarks, Service Marks and Appellations of Origin of Goods. The draft agreement has been approved by all member states and allows for the registration of any designation that can be represented graphically. It also stipulates that if a trademark is registered according to the national procedure in all EAEU countries in the name of the same individual, all those national registrations may be replaced, on the request of the relevant rights holder, with the registration of a single EAEU trademark.

As in many other jurisdictions, Russia’s trademark law provides that protection of a trademark may be terminated early due to non-use for an uninterrupted three-year period. According to Article 1486 of the Civil Code, any interested person can initiate a non-use cancellation action; in such cases a trademark owner must prove the actual use of the trademark with respect to each product covered by the registration. For this purpose, the trademark owner should submit evidence confirming that its branded goods have been circulated on the Russian market and offered for sale to Russian consumers.

However, due to the continued application of Russian counter-sanctions restricting food product supplies from the European Union, the United States and some other countries, trademark owners may face problems putting their products on the Russian market, leaving their trademarks vulnerable to non-use attacks. To secure trademark rights in such cases, trademark owners should refer to Article 1486.3 of the Civil Code, which provides that when deciding on early termination of trademark registration due to non-use, evidence that the trademark has not been used due to circumstances beyond the owner’s control may be taken into account. In Resolution 10 (23 April 2019) the Supreme Court clarified that, according to Article 19 of the Agreement on Trade-Related Aspects of Intellectual Property Rights, circumstances arising independently of the will of the trademark owner that constitute an obstacle to the use of the trademark include import restrictions on, or other government requirements for, goods or services protected by the trademark. The courts should evaluate the circumstances provided by the trademark owner from the point of view of their dependence on its will and behaviour, including whether it is:

Account will also be taken of the duration of the circumstances precluding the use of the trademark. If the court recognises that there were valid reasons for non-use for any specific significant period, this period will not be taken into account when calculating the three-year period for which the fact of using the trademark is to be proved.

Following Article 10bis of the Paris Convention for the Protection of Industrial Property, the Russian Federal Law on Protection of Competition (135-FZ, 26 July 2006) defines ‘unfair competition’ as any business activities aimed at gaining advantage in commerce, contrary to Russian legislation, business customs, requirements of good faith, reason and justice, and that have caused or may cause damage to competitors or their business reputation.

Chapter 2.1 of the Law on Protection of Competition provides a non-exhaustive list of the activities that constitute unfair competition, including defamation, misrepresentation, incorrect comparison, unfair acquisition and the use of exclusive rights to means of individualisation, unauthorised use of a competitor’s intellectual property and other things.

Paragraph 2 Article 14.6 of the Law on Protection of Competition cites ‘copying and imitation’ as a form of unfair competition, stating that: "unfair competition by an economic entity actions (inactions) that could create confusion with activities of an economic entity-competitor or the goods or services put on the market by the economic entity-competitor is prohibited, including… copying or imitating appearance of the goods put on the market by a competitor, goods packaging, label, name, color range, the brand style in general (in the totality of branded clothing, salesroom, shop-window dressing) or other elements individualizing the competitor and (or) its goods."

The Russian Federal Antimonopoly Service (FAS) and its territorial bodies are the state authorities empowered to hear unfair competition-related disputes through a special administrative (quasi-judicial) procedure. This procedure is launched by a petition for action (complaint) and terminates with the FAS’s decision, which is binding, although it can be further appealed to the court.

In unfair competition cases related to imitations, the following essential circumstances must be proven during the proceedings:

Unfair competition is also a form of unfair advertising, as established by the Federal Law on Advertising (38-FZ, 13 March 2006).

Unfair advertising cases fall under the jurisdiction of the anti-monopoly bodies, which frequently consider such cases and issue injunctions to advertising participants. According to official statistics, in 2017 there were 13,503 applications filed on alleged breaches of advertising rules, as a result of which, 4,613 cases were initiated.

The Advertising Law provides for exemptions under which some information is not considered to be advertising. The most notable examples are product packaging and marketing analytics reports to which the Advertising Law does not generally apply but which, in any case, should be analysed from the viewpoint of the requirements of the Law on Protection of Competition.

Considering recent trends in FMCG advertising, there is an ongoing legislative initiative to terminate the ban on beer advertising on television. Currently, the possibility of lifting this is the subject of various debates among regulatory authorities.

FMCG issues have much in common with other goods that are sold less frequently, therefore it is pertinent for any business to consider these points. 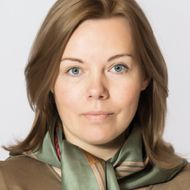