The Chartered Institute of Trademark Attorneys (CITMA) has published a new report which identifies the impact Brexit could have on UK businesses and the legal profession in relation to IP rights, as well as making the business case for the importance of UK trademark attorneys to retain the right to represent clients before the EU Intellectual Property Office.

CITMA published the report today, and it follows the release of its Brexit position paper earlier this year. The new publication highlights the economic impact of UK trademark attorneys losing their right to represent their clients’ interests in the EU, and the effect leaving the European Union would have on UK businesses, the economy and the local legal profession. The paper includes new independent research which emphasises that UK Chartered trademark attorneys handle almost a quarter of all EU trademarks (EUTMs), making them by far the largest representative body in the EU.

It is for that reason that the institute warns that without a clear framework in place to ensure UK trademark attorneys can continue to represent EU trademark holders, costs for UK businesses will rise, transnational business relationships will be damaged, and there will be a shrinkage in the legal profession. The uncertainty of Brexit is already having a negative effect on the economy and legal market, and it is argued that if the high levels of uncertainty regarding EUTMs are not clearly addressed, the UK risks business flowing out of the country and into law firms based elsewhere in Europe. CITMA also points out that many firms have begun preparing for a worst-case scenario, meaning that many firms are merging, opening or expanding their operations in EU countries; the longer this goes on, the more shrinkage the UK trademark market may suffer from, the paper claims.

CITMA further stresses that there have already been signs that international clients would abandon their UK lawyers if the right to represent them at the EUIPO was lost. Other new research within the paper emphasises that the loss of UK attorneys’ rights of representation could cost the domestic legal market up to £17 million a year, and likely at least £8.5 million per year. The potential associated lost income would also be up to £1.7 billion per year. The most favouable position, the report adds, is that the UK remains a member of the European Economic Area (EEA), enabling access the free market, including free movement of people, goods, services and capital.

In response to today’s findings, CITMA’s president, Kate O’Rourke, states that it is crucial for all parties “that acceptable and timely solutions are found on the issues of rights of representation before the EUIPO and what happens to existing EU registered rights”, and urged those at the negotiating table to be mindful of the impact of any loss of rights. “Our key message to the government is an urgent need for clarity, as we are already seeing an impact on our profession and business,” she concluded. “The potential loss of rights of representation for Chartered trademark attorneys before the EUIPO has huge risks for businesses in the UK. These rights are also valuable to facilitate our vital international commercial and legal relationships with major economies, including the USA and China, that the government is rightly seeking to encourage.”

With INTA and MARQUES having recently released their Brexit position papers as well, the major organisations representing trademark interests in Europe have now made their stances clear. Like CITMA, both INTA and MARQUES have called for greater clarity and action on the situation. However, it may be a long way off yet before we see this issue being addressed, given the continued difficulties and drama of Brexit negotiations in the UK and Brussels. 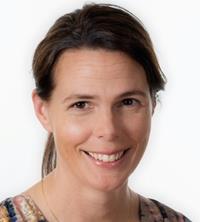