The Court of Justice of the European Union (CJEU) has today issued its decision in Louboutin v Van Haren Schoenen BV (Case C-163/16), ruling that it cannot be held that a sign consists of a shape where the registration did not seek to protect that shape but rather sought to protect the application of a colour to a specific part of a product. The move has been welcomed by the fashion house, which notes it strengthens the protection of the company’s red soles mark.

Christian Louboutin registered a trademark in Benelux for ‘footwear’ in 2010 and for ‘high-heeled shoes’ in 2013 which is described as consisting “of the colour red (Pantone 18 1663TP) applied to the sole of a shoe as shown (the contour of the shoe is not part of the trade mark but is intended to show the positioning of the mark)”. The company initiated a trademark infringement action against The Van Haren company for selling high-heeled shoes with red soles, which responded by claiming that the mark is invalid. Specifically, it noted that the EU trademark directive sets out a number of grounds on which registration of a mark may be refused or declared invalid, particularly in relation to signs that consist exclusively of a shape that gives substantial value to the goods. The Netherlands court subsequently referred a question to the CJEU, asking whether the concept of ‘shape’, within the meaning of the directive, is limited solely to three-dimensional properties of a product, such as its contours, measurements and volume, or whether that concept also covers other characteristics, such as colours.

In February, the Advocate General opined that a trademark combining colour and shape may be refused or declared invalid on the grounds set out under EU trademark law, adding that the analysis must relate exclusively to the intrinsic value of the shape and take no account of attractiveness of the goods flowing from the reputation of the mark or its proprietor. This led to media reports that Louboutin was at risk of losing trademark protection and led to the company taking the rare step of commenting on a pending legal matter. It argued that the opinion was not a blow or setback but actually reinforced its rights, expanding that the opinion “support[s] the validity of our trademark since the shape of the outsole to which the red colour is applied is not intrinsically valuable. As for the Christian Louboutin’s red colour, the only reason it has value is because of our marketing efforts as well as the public’s association of such colour applied to a women’s heeled shoe outsole with Christian Louboutin. As such we are of the view that the opinion… in fact supports the conclusion, even if it is in favor of the application of criteria for shape mark to our trademark (which we do not agree as we consider our mark to be a ‘position’ mark under EU law), that our mark is valid.”

Today the CJEU issued its decision, taking the view that the trademark directive provides no definition of the concept of ‘shape’, so the meaning of the concept must be determined by considering its usual meaning in everyday language. It added that it does not follow from the usual meaning of that concept that a colour per se, without an outline, may constitute a ‘shape’.

In the present case, the decision continues, the mark does not relate to a specific shape of sole for high-heeled shoes as “the description of that mark explicitly states that the contour of the shoe does not form part of the mark and is intended purely to show the positioning of the red colour covered by the registration”. Going further, the court noted that “while it is true that the shape of the product or of a part of the product plays a role in creating an outline for the colour, it cannot, however, be held that a sign consists of that shape in the case where the registration of the mark did not seek to protect that shape but sought solely to protect the application of a colour to a specific part of that product”.

The court also held that a sign cannot be regarded as consisting ‘exclusively’ of a shape, where the main element of that sign is a specific colour designated by an internationally recognised identification code.

The company has been quick to welcome today’s decision, issuing a media statement proclaiming that “the protection of Christian Louboutin's red sole trademark is strengthened by the European Court of Justice" – adding: “The red colour applied on the sole of a woman's high heel shoe is a position mark, as Maison Christian Louboutin has maintained for many years."

The case will now go back to the court in The Hague but tonight the Christian Louboutin's team will be sleeping a little easier as the final decision looms. 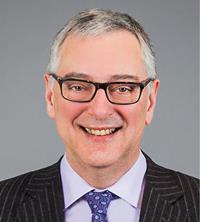