Every Tuesday and Friday World Trademark Review presents a round-up of news, developments and insights from across the trademark sphere. In today’s edition, we look at some takeaways from this week’s INTA Leadership meeting, China’s latest pledge to increase cooperation over IP rights, and a tense trademark dispute over honey. Coverage this time from Trevor Little (TL), Tim Lince (TJL), Adam Houldsworth (AH) and Timothy Au (TA).

China pledges to increase cooperation over IP rights – In data released to coincide with a visit to the country by President Trump, China’s customs agency has revealed that it detected more than 1,560 cases of IP infringement involving goods exported to the United States during two joint China-U.S. crackdowns this year. Reuters reports that the agency said it will “actively promote increased cooperation with customs administrations of all countries and regions to jointly fight and comprehensively manage” IP rights. The announcement comes at a time when China’s treatment – and respect – of US IP rights are increasingly coming a political talking point. (TL)

Dubai hosts seventh IP crime conference in the MENA region – This week, the seventh Regional Intellectual Property Crime Conference in the Middle East and North Africa was held in Dubai. The conference was run by the Emirates Intellectual Property Association (EIPA) in co-operation with numerous entities – including the police and customs forces of Dubai and Interpol – and addressed IP crimes, cyber smuggling and counterfeiting issues. Abdel Quduos Ablobaidli, assistant commander-in-chief for quality and excellence for the Dubai police force and chairman of EIPA, stressed the need for international collaboration in the fight against IP crime, stating: “Our cooperation with the Interpol and other authorities in charge of IP rights in the UAE is a step forward to protect creativity and encourage innovation, which in turn can help build a new generation of scientists, thinkers and innovators who are qualified to create and explore a better future." The success over the last year was also highlighted, as DH 1.6 billion worth of counterfeit items were seized by the UAE Department of Economic Development in 2016. (TA)

Nigerian organisation pushes back against counter claims – The Pharmaceutical Society of Nigeria has quashed claims made online that counterfeits account for 70% of the country’s generic drugs. He states that the actual figure is around 17%. Online reports of the 70% figure were based on a misrepresentation of a speech given by economist Andrew Nevin of  PwC Africa, PSN President Ahmed Yakasai claimed. Nevin had not “made a categorical statement that over 70% of drugs in Nigeria were fake as reported by an online news service”, Yakasai said, adding that he had actually indicated that various unreliable sources have claimed that between 15% and 70% of generic drugs were counterfeited. The dispute highlights the sensitive nature of making claims about counterfeits, and how accuracy should be paramount when reporting on such figures. (AH)

Speculation mounts after YEEZY SOUND mark discovered – There’s been rampant speculation following the discovery of a trademark application for the term YEEZY SOUND, filed by a holding company associated with musician Kanye West. News reports claim it could be related to a new music streaming service (West’s “response to Tidal”, the streaming service part-owned by fellow musician Jay-Z) or a new album. Interestingly, internet users have further stoked the rumours by posting logos related to the term. For example, a user on Reddit anonymously posted images suggesting Yeezy Sound will be the name of a new Beats 1 radio show (using the Beats 1 trademark in one of the images). However, users are sceptical, pointing out inconsistencies in the logo and labelling the images as fake. “The reason the spacing of the letters are considered proof the logo is fake is because in a genuine logo graphic designers and typographers are generally in charge of making sure these mistakes don't happen,” claimed one user. The anonymous user claims the Beats 1 show will begin “in the first week of December”, so we’ll whether that particular rumour becomes reality But for Kanye West, who may have wanted to keep the filing secret, we can suggest he read our magazine feature on how trademark applicants can keep their future plans confidential. (TJL)

Kiwi and Australian producers battle over MANUKA HONEY mark – A group of New Zealand honey producers, Unique Manuka Factor, has filed applications for MANUKA HONEY trademarks across a number of jurisdictions. The filings – in the US, China, the UK, New Zealand and Australia – are being challenged, it is reported, by a group of Australian producers who claim that their antipodean neighbours should not have exclusive rights to honey marketed under this name. They point out that Australia has 83 varieties of Manuka bush, whereas their counterparts are basing their argument on the claim that Manuka is indigenous to New Zealand. The Kiwi group has suffered a number of setbacks already, with IP Australia and the USPTO judging the mark too descriptive. A US appeal has been filed, and others are expected. (AH)

Ugandan businesses urged to file trademarks – The managing director of the Uganda Registration Services Bureau (URSB) is requesting local businesses in the country to seek trademark protection in a bid to encourage competition. “You need to register your trademarks if you want to compete effectively and gain more profits – customers associate with brands, not company names,” he told a local business event in the country’s capital, Kampala, this week. For law firms with experience of filing trademarks in Uganda, there could be an opportunity to engage with Ugandan companies about the advantages of registration – the potential extra filing work could also be advantageous to spur competition and improve the branding environment in the country. (TJL)

Dutch designer says China furniture companies increasingly focused on innovation – Respected Dutch designer Richard Hutten has said that China is well on its way to becoming a global design powerhouse. Hutten, who has recently become art director at Chinese furniture company Zuoyou, commented that the country’s design industry is seeing a decrease in copying and an increased emphasis on original, high-quality designs. “The only unique selling of the copycats is the price”, he said to De Zeen,, continuing: “So companies are starting to understand that design adds value to their products, and makes them stand out from their competitors”. Hutten pointed out that Japan – which has a flourishing design industry – was infamous for copies in the 1970s; he expects China to follow this trajectory. (AH)

New INTA, new remit, new address? – At the INTA Leadership Meeting in DC this week, association CEO Etienne Sanz de Acedo outlined the implementation plan for the 2018-2021 Strategic Plan – offering some glimpses into how INTA expects to evolve over the next four years. In addition to ensuring that the association engages and partners with stakeholders and groups outside the ‘trademark’ space, Sanz de Acedo revealed that the work plan includes assessing a widened remit for the association, described as a ‘beyond trademarks’ project. Therefore, as well as designs receiving more attention, copyright could also become a focus. Given the overlap between the various rights, while it could bring INTA into competition with other IP organisations, it is a move that makes sense. For now, detail is scant though: 2020/2021 is when this project is expected to commence. Elsewhere, he revealed that the association will also be conducting an office feasibility study to explore the opening of a regional base in Africa and is also focused on member value: “We need to reinforce membership engagement, which means understanding the ROI of being a member or attending our conferences. We will also look at a loyalty programme for members.” Finally, he noted that the office lease for INTA’s New York HQ is up in 2020, meaning that a move in on the cards. Moving home is never an easy task. Coupled with an extensive work-plan, it is shaping up to be a busy – and potentially transformative – four years for the association. (TL)

Plain packaging is just a tobacco issue? Think again, and make a stand – One of the session’s at this week’s INTA event focused on the impact of plain packaging. To date, an oft repeated mantra is that the domino effect will see such brand restrictions spread from tobacco products to other industries. Reflecting on the Australian experience, Corrs Chambers Westgarth’s Stephen Stern noted that “health experts are now advocating a similar approach be taken in other industries, specifically on alcoholic products and sugar intensive foods:” And he warned that, based on the tobacco experience, industries that come under attack in this way can not assume that the law will help them fight back, noting that the anti-tobacco backlash had seen legal challenges to Australia’s plain packaging brushed aside: “We should have won on the legal arguments but I didn’t really think we had a chance. If it was any other industry we would have.” He also lamented that other companies remained quiet when the issue was being debated, for fear of being associated with tobacco. “As a result of not getting any assistance in their lobbying, tobacco companies were on their own and they lost.” However, many of those other companies could now face the spectre of plain packaging. To fight back, Stern advised that industries not seek to make concessions in a bid to ward off legislation: “The tobacco industry has been under attack for decades and has made concessions but it has been a salami effect, whereby it is sliced and sliced until not much remains. Appeasement just doesn’t work.” Instead, he issued a rallying cry for brands to “take a stand now”. It may be too late for tobacco companies, but should plain packaging spread to sugar-based foods and alcoholic products, he warned; “It won’t stop there.” (TL) 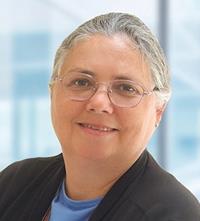