Every Tuesday and Friday, World Trademark Review presents a round-up of news, developments and insights from across the trademark sphere. In our latest edition, we look at the World Cup teams fined for displaying unauthorised commercial branding, the Philippines IP Office expanding its trademark application fee waiver programme, the EPO and EUIPO’s event to improve the IP ecosystem, and the most trustworthy brands according to young people. Coverage this time from Trevor Little (TL), Tim Lince (TJL), Adam Houldsworth (AH) and Timothy Au (TA).

Apollo Generics beats GSK in David-versus-Goliath trademark dispute – GlaxoSmithKline has failed in its opposition to cancel a UK trademark registration by Apollo Generics, a small family-run drug company, it has been reported. The British pharmaceuticals giant sought to prevent Apollo from registering its brand ZANAMOL, for a nutritional supplement and pain relief drug, claiming that it was confusingly similar to its protected PANADOL brand of paracetamol. However, the UKIPO rejected GlaxoSmithKline’s arguments, ruling that the mark in question was confusing neither to consumers nor healthcare professionals. (AH)

EPO and EUIPO co-host event on improving the IP ecosystem – This week, the European Patent Office (EPO) co-hosted the fifth edition of the IP Executive Week with the EU Intellectual Property Office (EUIPO). The annual event brings together delegates from over 60 IP offices around the world to discuss the latest developments in the IP field, exchange ideas and improve the efficiency of co-operation activities. This year’s focus was on technological innovations and the administration of IP offices. Nellie Simon, director of the EUIPO’s digital transformation department, stressed that artificial intelligence and big data are already bringing about huge changes to the way in which IP offices are operating, while new EPO president António Campinos emphasised the need “to make IP rights less abstract and more transparent and relevant, as well as more efficient and user-friendly”. (TA)

Chanel takes eBay seller to court for $56 million – Chanel made the headlines last month when it announced its financial results for the first time in its history, revealing that its revenues reached $10 billion in 2017 alone. This week, the French fashion giant is back in the news for its recently-filed lawsuit against eBay seller Ryan Ladijinsky for multiple instances of trademark infringement. Chanel claims that Ladijinsky is selling hundreds of beauty and fragrance products bearing its trademarks without authorisation and, in addition, accuses him of selling such products without any packaging or product information. As stated in its complaint, Chanel believes its “reputation as a premium brand” hinges not just on its trademarks but also on its product packaging. The luxury fashion house is seeking injunctive relief and more than $56 million in damages for the infringement of 27 of its trademarks, as well as punitive damages. (TA)

STORMY DANIELS trademark refused at USPTO – A US trademark application was refused last week for the term STORMY DANIELS – the professional name of pornographic actress Stephanie Clifford, who claims she had an affair with President Trump and is in a highly publicised legal dispute with the US leader. The trademark application was submitted to the USPTO on March 15 2018 by Massachusetts resident Stephen Faber. It is in class 25 for – among other things – retail store services, clothing, promotional materials and glassware. In the first office action, the USPTO examining attorney refused the application under Section 2(c) for identifing a particular individual without their consent, adding: “Consumers are likely to see the mark STORMY DANIELS identifying Stephanie Gregory Clifford, also known as, Stormy Daniels.” The examining attorney noted that the refusal will stand unless the applicant attains permission, including a written statement from Clifford saying: “I, Stephanie Gregory Clifford, consent to the use and registration of my stage name, Stormy Daniels, as a trademark and service mark with the USPTO.” Time will tell whether Clifford gives her consent to the application – it is worth noting, however, that her company, Stormey Entertainment Inc, filed a trademark for STORMY DANIELS in 2007, which was registered a year later but cancelled in 2014. (TJL)

IPOPHL expands fee waiver scheme – The Intellectual Property of the Philippines (IPOPHL) and the country’s Department of Trade and Industry have announced they will expand a programme to waive trademark application fees for small businesses. Specifically, over 1,000 more applications will be offered for free to local micro, small, and medium-sized enterprises (MSMEs). Talking to BusinessWorld, IPOPHL director general Ramon M. Lopez said the programme is intended “to help the MSMEs be part of the local supply chain and eventually venture out to the global market”, adding: “The success of the first round of the programme shows MSMEs are realizing the significance of trademarks, such as an edge in marketing their products.” The so-called Juana Make a Mark programme will be effective until February 14 2019. (TJL)

Flurry of football stars trademarks registered in China – A slew of trademark registrations for the names of famous World Cup footballers have been successfully registered under China’s first-to-file system, it has been reported. Among the trademarks registered by Chinese filers are transliterations of Harry Kane for use in babywear and Cristiano Ronaldo for use as toilet brand. As World Trademark Review reported recently, a business in the UK recently sought to register a trademark for England’s football anthem IT’S COMING HOME, which is taken from a hit song written by The Lightning Seeds. How lucrative such a mark would be, if even granted, remains to be seen (especially as it did not ‘come home’, with England being knocked out at the semi-final stage of the tournament). (AH)

World Cup players fined for “unauthorised commercial branding” – A number of teams from the World Cup have been fined by FIFA for displaying “unauthorised commercial branding on playing material”. These include England being fined £53,000 for several players, including Raheem Sterling, wearing Trusox brand socks during a match. “Several members of the English national team continued to display unauthorised commercial branding on playing equipment items before and during the World Cup quarter-final match between Sweden and England,” a statement said. Uruguay was punished for the same reason, while Croatia and Sweden were fined due to players drinking from bottles with non-sponsor logos. We’ve written in the past about ambush marketing at major sports tournaments, especially at the Olympics and World Cup – and these actions prove that FIFA cracks down on such activity ‘on the pitch’ as well as off. (TJL)

Apple’s iPhone and iPad are the top brand predictors of wealth – A recently released paper from University of Chicago economists Marianne Bertrand and Emir Kamenica has found that “no individual brand is as predictive of being high-income as owning an Apple iPhone in 2016”. Ownership of an iPhone or iPad gave a 69% chance for the researchers to correctly infer whether the owner was of “high-income”, defined as being in the top quartile of income for their respective household type. With iPhones only coming to the market in 2007, Land O’ Lakes butter and Kikkoman soy sauce were the best brand predictors of high-income households pre-2007. The research also took at look at how brand preferences have changed over time between different cultural demographics, finding the gap in brand experiences between different groups are not getting wider, with the paper noting: “This takeaway runs against the popular narrative of the US becoming an increasingly divided society.” (TA)

Most trusted brand of Millennials and Gen Z consumers revealed – A new study from research firm YPulse has looked at the brands that young people in the United States find most trustworthy. Specifically, it found that Millennials named Nike as their most trustworthy brand (with 65.2% of respondents naming the sportswear giant as a brand they trust), followed by Hershey (63.5%), Amazon (62.6%), Oreo (60.3%), Target (60%), M&M’s (59.1%), Google (56.3%), Heinz Ketchup (56.2%), PayPal (55.6%) and The North Face (55.6%). In all, 80% of the Millennial respondents said they “consider themselves loyal to one or more brands”. The YPulse study says: “Young consumers today are loyal-ish: they’ll stick to brands, but you have to do just the right things to keep them coming back, and some are more loyal than others. Being a brand they trust is part of that formula, and while it’s difficult for brands to gain young consumers’ trust, it’s not impossible.” As we’ve reported on before, scandal and controversy can lead to trust falling in brands – although, at the same time, consumers increasingly want their favourite brands to be politically active. For many brands, then, a tightrope needs to be walked. (TJL)

Richemont pulls ‘.brands’ – Over on Domain Incite, Kevin Murphy reports that Richemont is to pull its ‘.panerai’ and ‘.jlc’ new gTLDS, making it seven of its 14 ‘.brands’ now abandoned. Elsewhere, he notes that energy company Equinor (which recently changed its name) is not progressing with its ‘.statoil’ TLD, while Vistaprint is pulling ‘.vista’. Murphy notes that the number of delegated new gTLD registries to voluntarily terminate their contracts now stands at 36, all of them ‘.brands’. (TL)

McDermott Will & Emery welcomes Christina Martini – This week, international law firm McDermott Will & Emery announced the addition of Christina Martini to its Chicago office. Formerly the chair of DLA Piper’s Chicago IP practice, in addition to serving as the firm’s national hiring partner, Martini has extensive experience in counselling, prosecution, enforcement, due diligence and licensing matters in relation to intellectual property across a wide variety of business sectors, including the pharmaceutical and life sciences industries. (TA)

Anti-counterfeiting around the world – The 2018 edition of Anti-counterfeiting – A Global Guide, which provides trademark and brand protection professionals with critical guidance on anti-counterfeiting laws, procedures and strategies in key jurisdictions around the world, is currently available to view online. This indispensable publication analyses the anti-counterfeiting frameworks in place in 21 jurisdictions, with two regional chapters identifying wider trends and best practices in the European Union and the Western Balkans. In addition, an industry insight section offers guidance on the creation of global anti-counterfeiting programmes, analysis of the liability of physical intermediaries and an exploration of best practice in working with online platform operators. There is also tailored strategic advice for those operating in the fashion and luxury sector. You can access the guide here. (TL) 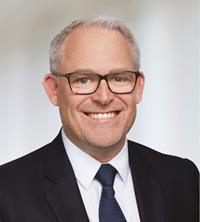