Can you trademark sounds, smells, colours, motions and flavours?

Trademarks are much more than a logo used to identify a brand. Non-traditional trademarks using sounds, colours and shapes have exploded onto the scene, bringing notoriety to many a business and brand.

Can you trademark the smell of Play-Doh? The taste of medicine? What about the sound of Homer Simpson’s famous catchphrase “D’OH!”? Most people think of trademarks as logos or words that distinguish or identify the source of a brand, good or service. However, these traditional word and design marks are only two categories of trademark. Trademark protection can also extend to sounds, scents, flavours, colours, textures and product appearance. Such non-traditional trademarks have exploded in popularity in recent years because they have the potential to bring notoriety to a business or brand, provide a powerful differentiator over competition and can be used to block others from doing the same.

Sounds are one of the most popular forms of non-traditional trademarks. You are probably familiar with jingles that have been stuck in your head at some point (who can forget “Cellino & Barnes… injury attorneys” or “1-800 Kars for Kids”?). However, not many people realise that many sounds are either registered trademarks or eligible for trademark registration.

Sounds can be registered on the Principal US Trademark Register, which provides protection throughout the United States and a presumption of validity, when they are both “arbitrary, unique or distinctive” and can also be used in a manner “so as to attach to the mind of the listener and be awakened on later hearing” (In re Vertex Group LLC, 89 USPQ2d 1694 (the USPTO’s Trademark Trial and Appeal Board (TTAB) 2009)). The applicant would not need to show acquired distinctiveness to register such sounds. On the other hand, commonplace sounds (eg, an alarm clock) must have acquired distinctiveness to be registered on the Principal Register (see the USPTO’s Trademark Manual of Examining Procedure (TMEP) 1202.15).

Harley-Davidson was famously unsuccessful in attempting to trademark the sound produced by its V-Twin engines. In 1994 Harley-Davidson sought to register the “exhaust sound of applicant’s motorcycles, produced by V-Twin, common crankpin motorcycle engines when the goods are in use” (Trademark Serial No 74485223). Several competitors opposed the application, arguing that the sound was not unique (eg, compared to other engines, see Michael Saperstein “The Trademark Registrability of the Harley-Davidson Roar: A Multimedia Analysis”, Boston College Intellectual Property & Technology Forum, www.bciptf.org (1998) at page 3). Harley-Davidson also faced potential challenges that the V-Twin engine sound is functional and that, unlike many other trademarked sounds, the V-Twin sound is not always the same. Rather, it varies based on which motorcycle model it is used in, and also how much the throttle is revved (Id pages 4 and 5). Eventually, Harley-Davidson abandoned the application six years later (see Trademark Serial No 74485223).

Colour or shape of a product

The colour or shape of a product (a type of trade dress) is quickly becoming a favoured non-traditional mark sought by companies. This is perhaps due to the ability of such marks to block competitors from having a confusingly similar appearance. Unlike sounds, the colour or shape of a product is never inherently distinctive and must have acquired distinctiveness to be registered on the Principal Register (see TMEP 1202.02). Shapes and colours that are deemed functional are incapable of serving as a trademark and should be protected by patents (if at all). Functionality is often evaluated as to whether the claimed trade dress is “essential to the use or purpose of the article or if it affects the cost or quality of the article” (TrafFix Devices Inc v Mktg Displays Inc, 532 US 23, 33 (2001)).

Registered colour trademarks include the canary-yellow colour of Post-it Notes (Reg No 2,390,667), UPS’s brown truck colour (Reg No 2,901,090) and the red sole of Louboutin women’s shoes (Reg No 3,361,597). Registered shape trademarks include the shape of a Hershey chocolate bar (Reg No 4,322,502), the shape of Converse low-top trainers (Reg No 4,398,753) and bowl-shaped Frito-Lay chips (Reg No 2,766,278). Pink fibreglass insulation was found to be registerable because the colour served no function other than to identify the source of the goods (In re Owens-Coming Fiberglas Corp, 774 F2d 1116 (Fed Cir 1985). Conversely, the pink colour of Pepto-Bismol was intended to provide a pleasing colour for a person’s upset stomach (a psychosomatic effect), which could be deemed functional (Norwich Pharmacal Co v Sterling Drug Inc, 271 F2d 569 (2d Cir. 1959)). Other unsuccessful attempts at registration include a Chippendales’ uniform (Serial Number 78956349, now abandoned) and a water bottle design (Reg No 2,181,774, registered but later invalidated as functional)).

Colour or shape of product packaging

Motion trademarks protect a repetitive motion of a product or an animation and may be inherently distinctive. A Lamborghini’s vertically opening scissor doors is an example of a physical motion mark (Reg No 2,793,439). One challenge with physically based motion marks is that the USPTO identifies that “an acceptable specimen should show the entire repetitive motion in order to depict the commercial impression conveyed by the mark” (see TMEP 904.03(l)).

In rare cases, scents and flavours may be registerable, but like product colour and shape, they are never inherently distinctive (see TMEP 1202.13). The TTAB has noted that consumers are predisposed to view scents and flavours as “mere attributes of the product” and not the source of the product (In re Pohl-Boskamp GmbH & Co KG, 106 USPQ2d 1042 (TTAB 2013)). As such, there is a high bar for flavour and scent marks, requiring a substantial amount of evidence to show acquired distinctiveness. Only a few scent marks have been granted a trademark registration. One of the earliest scent marks granted was for the smell of floral fragrances for sewing thread, where the products were not naturally known to be scented and the feature was emphasised in advertising (Reg No 1,639,128, now cancelled); In re Clarke, 17 USPQ2d 1238 (TTAB 1990)). A more widely known example is a federal registration granted for the scent of Play-Doh (Reg No 5,467,089), described as “a scent of a sweet, slightly musky, vanilla fragrance, with slight overtones of cherry, combined with the smell of a salted, wheat-based dough”.

Conversely, while there have been few attempts to register taste or flavour trademarks, it does not appear that any trademark registration has ever issued in the United States for the taste or flavour of a product. The TMEP notes that “the Board has observed that it is unclear how a flavor could function as a source indicator because flavor or taste generally performs a utilitarian function and consumers generally have no access to a product’s flavor or taste prior to purchase” (see TMEP 1202.13).

There are several examples of unsuccessful attempts at trademarking a taste, including an orange flavour for antidepressant pills, which was found to be non-registerable as functional, because the taste masked the otherwise unpleasant drug taste (In re NV Organon, 79 USPQ2d 1639 (TTAB 2006)). A peppermint flavour and smell for a nitroglycerin spray used to treat chest pain was similarly refused registration for being functional (the smell improved effectiveness) and also failed to serve as a source identifier (In re Pohl-Boskamp GmbH & Co KG, 106 USPQ2d 1042 (TTAB 2013)). Thus, while it is theoretically possible to register a trademark for taste or flavour, in practice it has been elusive.

It is possible for the feel of a product or its packaging to be a source identifier and therefore qualify for trademark protection. However, if the feel or texture is essential to the use or purpose of the article, or affects its cost or quality, it will likely be deemed functional and not be permitted registration. There is at least one instance of an issued trademark for the texture of product packaging (Reg No 3,155,702, now cancelled) described as “a velvet textured covering on the surface of a bottle of wine”.

Companies and their trademark counsel should seriously consider including non-traditional trademarks in their trademark portfolios and registering them. The upside of obtaining such registrations is the ability to exclude competitors from using a confusingly similar mark, the ability to further differentiate your product or company, and increased notoriety. This must be weighed against the costs involved in seeking protection and the risk that for certain types of non-traditional trademarks it may be difficult to obtain a registration. 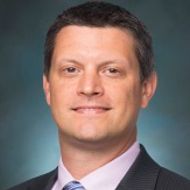 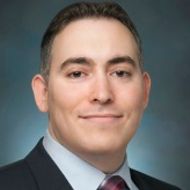