In a 2018 rating of the 10 most valuable pharmaceutical brands, Roche® – a Swiss pharmaceutical company, with an estimated brand value of $6.9 billion – was named number one. According to brandirectory.com, Roche is considered more valuable than other popular brands such as Rolex®, Hilton® and Victoria’s Secret®. Trademarks are a large component of what makes a brand like Roche so valuable and one of the reasons why companies pay up to an estimated $500,000 for branding services when releasing a new drug.

Mainstream media, which now incorporates online, print and television, provides the route for pharmaceutical advertisements promoting branded drugs. Even after drugs lose their patent protection, there is often still tremendous value in maintaining a brand name for the drug. For example, consider a drug like the popular allergy medication Claritin®. Claritin lost its patent protection in 2002, yet it is still commonly advertised and generated $238 million in sales throughout the United States in 2017.

Branding a new pharmaceutical can be difficult, as there are numerous additional hurdles in the process that must be overcome. Moreover, traditional marks, like the proprietary name of a drug, are not the only type of trademark protection available for pharmaceutical companies. Non-traditional marks (eg, colour and shape marks) also offer protection where a drug’s appearance has acquired distinctiveness.

All pharmaceutical drugs have multiple names. This includes a scientific name, which for small molecule drugs follows International Union of Pure and Applied Chemistry conventions. Because these names are often long and complicated, a simpler non-proprietary or generic name is also selected. These names must go through an approval process to ensure that they are not confusingly similar to other drug names and that particular ‘stems’ are used to name similar chemical compounds. For this reason, drugs that treat a certain type of condition end with the same suffix (eg, ‘-lol’ for beta blockers). In the United States, drug manufacturers submit a group of proposed names to the United States Adopted Name Council for review to ensure that the eventual choice  unlikely to cause medication errors, and the council selects a generic name. The proposed names are also evaluated for compliance with the World Health Organisation’s International Non-proprietary Name programme. After this rigorous process, a new drug will have a proprietary name, which the manufacturer will use to label and market it.

Finding a proprietary name can be quite challenging because a name must go through both the Food and Drug Administration (FDA) and the USPTO before it can become a registered trademark used in commerce. Typically, during early development of a new drug, a manufacturer will submit proposed names to the FDA. These are provided to the Division of Medication Error Prevention and Analysis, which reviews the names with a focus on preventing medical errors. The proposed names are scrutinised for both visual and auditory similarity to other drug names. This is because these types of ‘look alike, sound alike’ errors can result in patients receiving misidentified medications.

One of the difficulties with this process is the FDA approval of a proprietary name required before a drug can be marketed in the United States – this approval process does not affect the normal registration process for a mark with the USPTO. Often manufacturers will submit intent-to-use applications with the USPTO in order to apply for a mark while it goes through the FDA approval process, but there is a  window during which such applications must be perfected by actual use. If there are delays in the FDA approval process, the marketing of a new drug by a manufacturer can be significantly delayed. These difficulties are compounded by the fact that there are other international organisations that scrutinise proprietary names (eg, the European Medicines Agency). With all these competing factors, it is difficult and time consuming to get a proprietary name approved by the relevant medical agencies and registered with the USPTO. Given the long-term value of such a trademarked name, even after the drug goes off patent protection, securing the right name is an important part of releasing a new drug for any pharmaceutical company. However, the drug’s proprietary name is not the only form of trademark protection available for a drug once it hits the market.

Non-traditional trademarks encompass indicators of origin such as colour, shape and sound. Familiar examples include the shape of a Coke® bottle or the sequence of chimes used by Intel® in their advertisements. These types of indicator are not inherently distinctive, so they can acquire protection only when they have developed secondary meaning. Secondary meaning requires use in the marketplace and, generally, time for an association to be made in the minds of the relevant public between the non-traditional mark and the source of the goods or services.

The US Supreme Court seemingly opened the door for registrations of non-traditional marks (eg, colour marks) in the now famous Qualitex Co v Jacobsen Products Co Inc case. In Qualitex, the dispute was over whether the green-gold colour of press pads for dry cleaning could be registered as a trademark. The Ninth Circuit had previously held that it could not, but the Supreme Court overruled that decision, holding that there was no legal rule preventing colour alone from serving as a trademark and that the manufacturer’s press pads could be trademarked for their distinctive colour. Functionality, according to the court, could serve as a bar to the registration of a colour if that colour served some purpose beyond consumer recognition, but there was not an absolute bar to registration of a single colour if it had acquired distinctiveness. This concept of colour alone being enough to serve as a trademark where it has acquired distinctiveness is also reflected in the World Trade Organisation’s Agreement on Trade-Related Aspects of Intellectual Property Rights (TRIPs).

Under Article 15(1) of the TRIPs agreement, for registration as a trademark member states are required to allow “any sign… capable of distinguishing the goods or services” of a registrant. This has been understood to include non-traditional trademarks, such as colour and shape. These protections are frequently expanded in additional bilateral free trade agreements that involve the United States, often to include protection for additional types of non-traditional mark, such as scent marks.

Pharmaceutical companies have found additional trademark protections for their products using non-traditional marks. Perhaps the best known of these is AstraZeneca plc’s Nexium. Marketed as the ‘purple pill’, Nexium® is a drug used to treat persistent heartburn and its distinctive purple and gold colour scheme used for the pills has been registered as a trademark. Moreover, the mark has already been used to prevent Dr Reddy’s Laboratories Ltd – a generic manufacturer from India – from introducing its purple-coloured heartburn pills into the US market. Dr Reddy’s eventually brought its drug to market, but only after adopting a blue colour for its pills.

Another example of a non-traditional trademark for a pharmaceutical drug would be Viagra. Specifically, under US Registration 2,593,407, the distinctive blue colour and diamond-shaped tablet is registered as a mark used in pharmaceuticals designed to treat sexual dysfunction.

However, it is not all plain sailing when it comes to obtaining non-traditional marks for pharmaceuticals. Sometimes colour has been found to have a functional purpose, as was the case with Pepto-Bismol® trying to protect its famous pink colour. The colour pink was described as having a psychosomatic effect that made patients more likely to take the medication. Registration for other types of non-traditional mark can also be difficult. For example, a registration was denied for a peppermint flavouring for pharmaceutical nitroglycerin because it was found that the flavour served a functional purpose. Similarly, in the case of In re NV Organon, where a trademark was sought covering the use of orange flavouring in quick-dissolving antidepressant medications, registration was denied because it was found that the flavourant served a functional purpose.

How then should a pharmaceutical company proceed if it is looking to add protection for its new drug by trademarking a non-traditional aspect of the drug? Attention should be given to what are known as the Morton-Norwich factors:

These factors dictate that a company seeking to avoid a finding of functionality should take care not to seek patent protection over the feature; avoid advertising that the feature has some utilitarian advantage; and try to come up with a feature that leaves many available alternatives. Using Nexium® as an example, there is no advantage to making the pill purple and gold other than to make it identifiable. There is no inherent psychosomatic effect regarding the colour purple and it leaves a wide variety of alternative designs available to competitors. The drug is marketed as the ‘purple pill’, but it does not claim that this colour provides any benefit or advantage over other drugs.

Nexium® is just one example, but it illustrates how a non-traditional mark can be created for a pharmaceutical drug. And, as the Dr Reddy dispute has shown, marketing the design of the drug properly and registering it once it has acquired distinctiveness for its design can add valuable protection to a pharmaceutical brand. 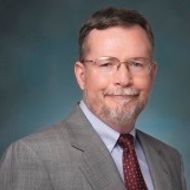 Thomas J Daly is a partner and co-practice group leader of Lewis Roca Rothgerber Christie’s IP practice group. He has more than 25 years of experience in intellectual property, with a focus on patent and trademark litigation. He works with clients to implement strategies designed to obtain and protect trademarks and patents critical to their businesses. He also handles matters pertaining to licensing and patent portfolio management for medical devices, chemical processing and pharmaceutical companies, among others. Mr Daly has served in numerous leadership positions, including serving as former president of the Los Angeles Intellectual Property Law Association and former president of the Pasadena Bar Association. Currently, he serves as a mentor at the Los Angeles County Business Technology Center and serves on the editorial board of Los Angeles Lawyer Magazine. 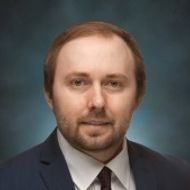 Alek Emery is a law school graduate seeking bar admission in California. He has a background in physics and mathematics and is a member of the Lewis Roca Rothgerber Christie IP practice group.