This year’s Brand Finance Global 500 ranking of the world’s most valuable brands reveals significant growth in the retail sector, with Amazon defending its position at the top for the third consecutive year. But with signs of a crash already on their way before the coronavirus pandemic struck, CEO David Haigh warns that everything is about to change.

When Brand Finance launched its Global 500 ranking of the world’s most valuable brands at Davos at the beginning of the year, its 1 January 2020 brand valuations were very much grounded on expectations and forecasts during the last quarter of 2019. But things have moved very fast since then.

Straws in the wind during 2019 have suddenly bent under the blast of coronavirus. In the last week of February 2020, global stock markets slumped by nearly 15%. It is unclear at this stage whether markets will recover, but the latest analysis by Brand Finance estimates that the world’s biggest companies are set to lose up to €1 trillion in brand value as a result of the coronavirus outbreak, with the aviation sector being the most affected.

As we enter a period of anomalous values, let us consider how we rationally judged the value of major global brands at the end of 2019 before the current crisis hit.

The world’s largest online marketplace has branched out into cloud computing, AI, consumer electronics, digital streaming and logistics, and is looking to enter other industries as well. With a diverse product and service portfolio, and thanks to continued investment in fast-growing sectors and innovative technologies, Amazon is not only the leader of today, it also seems primed to remain in that position tomorrow.

Nevertheless, most of the company’s revenue still comes from retail, and challenges to the growth of its core future. In November 2019 Nike announced that it would no longer be selling its merchandise on the platform, in order to develop its own direct sales channels. Amazon may have to contend with other big brands following Nike’s lead, which would undermine its reputation as the ‘everything store’. Another potential sticking point is the future of Amazon’s international business. From environmentalist opposition in Europe to backlash from local retailers in India and the saturation of China’s e-commerce market by Alibaba and its subsidiaries, achieving global growth that matches its US growth to date may prove difficult.

Forty-four retail brands featured in this year’s rankings alongside Amazon, with a combined value of nearly $800 billion, making the sector the third most valuable behind technology and banking (see figure below). As the novelty of operating in the digital space fizzles out, some online retailers such as eBay have started to lose brand value, while brick-and-mortar chains, which have learnt to adapt to the changing marketplace, are making gains. In stark contrast to Amazon, eBay’s brand value has eroded significantly, falling 9% to $8.2 billion.

Despite the number of active buyers steadily growing to an impressive 183 million over the past year, eBay is failing to maintain relevance in an increasingly monopolised sector.

In the traditional retail space, US giant Walmart (brand value up 14% to $77.5 billion) has seen its brand value resurge, jumping three places and re-entering the top 10. As well as committing to its expansion programme in key markets, Walmart has focused on an innovative digital proposition through its partnership with Microsoft and the launch of Alphabot – robots that pick and pack online grocery orders at high speeds.

Interestingly, Walmart took the number one spot in our 2009 table, at the height of the last downturn. Banks and tech companies wilted, leaving solid Walmart in pole position. It then fell consistently between 2009 and 2019, but this year it has begun to move back up – a phenomenon that may accelerate if the downturn continues.

Discount supermarket chain rivals Lidl ($12.4 billion) and Aldi ($14.3 billion) are the fastest-growing retail brands and among the top 10 fastest-growing brands overall this year, increasing 40% and 37%, respectively (see table below). Current market conditions are only likely to help these aggressive discounters.

Mirroring the situation in retail, many hotel brands saw significant growth this year. Hilton Hotels & Resorts remains the sector’s biggest brand and one of the fastest growing in the rankings overall, improving its brand value by 35% to $10.8 billion. Enjoying strong growth across its brand portfolio, the Hilton enterprise as a whole opened more luxury properties this year than in any previous year as it celebrated its 100th anniversary. Although still trailing Hilton, Marriott has also seen substantial growth over the past year, recording a 20% uptick to $6 billion. The pace of its brand value growth is comparable to Airbnb’s (up 28% to $10.5 billion), while another digital player – Booking.com – saw a 15% decline to $10.2 billion this year.

However, this sector is now likely to struggle as travel and holiday activities are curtailed in the face of the coronavirus epidemic.

Tomorrow, we will look at the top 10 strongest brands.

This is an extract from a longer article analysing the results of the Brand Finance Global 500 2020 ranking of the world’s most valuable brands, the full version of which will be published in the next issue of WTR – available to subscribers in early April. 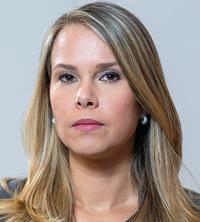