Biggest ever attendance? The 2018 INTA Annual Meeting by the numbers

With the 2018 INTA Annual Meeting in Seattle now in full flow, it’s time to take a deep-dive into the numbers. Will this year’s meeting be the biggest ever in terms of attendance? How many of the world’s leading brands are represented? We dig into the data to find out.

As of Thursday 17 May, two days before the 2018 INTA Annual Meeting kicked off, 10,458 delegates had registered for the Seattle event. This is up on the last US-based Annual Meeting (Orlando in 2016, which attracted 10,087 registered attendees) but down slightly on Barcelona last year, which set a new record with 10,668. Barring a last minute spike – which is entirely possible – the event will therefore be the second biggest Annual Meeting in its 140 years. It is already the biggest US meeting to date. [Subsequent to the writing of this piece, World Trademark Review learnt that the number of registrants as of May 17, when those that have opted out of being listed are included, had already exceeded Barcelona's number. At the official opening ceremony it was announced that 10,910 delegates had registered).

In a press release issued by INTA in the run-up to the Annual Meeting, it was observed that “INTA members [collectively] contribute almost US $12 trillion to global gross domestic product (GDP) annually. For comparison, the 2016 annual GDP of the top three markets was $11.2 trillion (China), $16.4 trillion (European Union), and $18.6 trillion (United States)”. World Trademark Review understands that this calculation was based on an internal research project.

On that basis, INTA’s brand membership is undeniably impressive and got us wondering how the demographics play out with respect to brand presence at the Annual Meeting. We therefore decided to take a deeper dive into the attendee data.

Specifically, we looked at the top 100 most valuable brands globally (using the Brand Finance Global 500 list and searching by the specifically named brand) to see if there are any particular trends in terms of corporate attendance. The headline finding is that 51 of the 100 most valuable brands has representation at this years Annual Meeting, with nine of the top 10 present.

Of the latter, only China’s ICBC is missing – and this highlights another trend. Of the 51 most valuable brands not represented, 19 are Chinese. Taking a glass half full view, this suggests that there is real room for growth in terms of Chinese corporate engagement with INTA, and will surely be front of mind for the association’s leadership. Interestingly, though, this is clearly a corporate rather than law firm phenomenon – when you consider the entire universe of registered delegates this year, China-based delegates trail only their US counterparts in terms of numbers.

The top ten by regional location (all delegates, not just corporates) is as follows:

The make-up of the top ten will naturally differ year by year. An Annual Meeting in Barcelona will attract less delegates from the US, more from Europe. Similarly, when the Annual Meeting heads back to Asia, the delegate base from that continent will be larger. In 2014, when the INTA community descended on Hong Kong, there were 828 delegates from China. In terms of overall numbers, that three quarters as many are travelling to the US four years later can only be a positive.

The final official numbers will be revealed by INTA in the coming days (and, of course, the above only relates to registered delegates - as Annual Meeting veterans well know, when INTA comes to town, so too do many professionals who choose to stake out hotel meeting rooms and not pay delegate fees). What is clear is that, for its 140th edition, the INTA Annual Meeting is in rude health, but there is still room for significant growth. 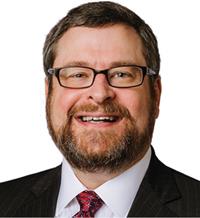