Every Tuesday and Friday, World Trademark Review presents a round-up of news, developments and insights from across the trademark sphere. In our latest edition, we look at the World Cup football kit which has attracted a scourge of fakes, Bayer deciding to retire the Monsanto brand name, Kenzo prevailing in trademark suit, and much more. Coverage this time from Trevor Little (TL), Tim Lince (TJL), Adam Houldsworth (AH) and Timothy Au (TA).

E-sports organisation sued by clothing company for infringement of FAZE mark – FaZe Clan, a well-known e-sports organisation that competes in online games such as Overwatch and Call of Duty, is on the receiving end of a trademark infringement lawsuit initiated by an apparel brand, it has been reported. San-Francisco-based clothing company FAZE accuses FaZe Clan of infringing its FAZE trademark, granted by the USPTO in 2014, by selling items of clothing with the words ‘Faze’ on it. The defendant had a mark granted for FAZE CLAN in 2015, but cancelled by the USPTO in 2016 following an unanswered opposition by Faze Apparel. The present lawsuit has been initiated following the sale of apparel featuring the word ‘Faze’ by FaZe Clan in 2017. The plaintiff, which alleges “wilful copying” leading to consumer confusion, has already been granted a motion for preliminary injunction preventing the defendant from selling such products until the lawsuit has concluded. It is seeking treble damages, enhanced counterfeiting damages of up to $2 million per mark infringed, and attorneys fees. FaZe Clan is in turn seeking to have Faze Apparel’s marks invalidated and top be awarded costs, expenses and interest. We’ve written before about the need for leading e-sports teams to “take trademarks seriously”, and cases like this could kickstart that necessity. (AH)

Romance author’s cocky trademark gets struck down – After successfully registering the word “cocky” as a trademark in April at the US Patent and Trademark Office (USPTO), Faleena Hopkins – a self-published romance author – sent out a range of cease-and-desist letters to a number of other romance writers requesting that they no longer use the word in question in their book titles. Hopkins also filed for a preliminary injunction and temporary restraining order to stop a collection of short stories, Cocktales: The Cocky Collective, which was written in protest by other authors against her trademark, from being published. It has now been reported that a New York judge has denied both of Hopkins’s requests, ruling that ‘cocky’ was a “weak trademark” and that “sophisticated” consumers were unlikely to confuse her books with others using the same term. The Authors Guild and the Romance Writers of America, which had provided author Tara Crescent, one of the defendants in the case, with legal assistance, subsequently commented in a statement after the hearing: “The Authors Guild believes strongly that no one author should be able to prevent others from using a commonly-used word or phrase in their book titles… Authors should be able to express themselves in their choice of titles. A single word commonly used in book titles cannot be ‘owned’ by one author.” (TA)

Kenzo wins trademark suit against man named Kenzo – Parisian fashion brand Kenzo has emerged victorious in a dispute with Kenzo Tsujimoto, who had attempted to register two trademarks for “KENZO ESTATE”, it has been reported. The LMVH-owned apparel brand opposed the KENZO ESTATE filings on the basis that they were too similar to its own brand. The EU Intellectual Property Office (EUIPO) sided with the fashion brand’s reasoning, as did the General Court of the European Union, which agreed with the Board of Appeal that the marks would “unfairly exploit [Kenzo’s] reputation”, after Tsujimoto appealed the decision. Now, the courts have sided with Kenzo once more after Tsujimoto filed another appeal: the European Court of Justice ruled that EU regulations do not provide individuals with an unconditional right to register their names as a trademark at the EUIPO, deeming the fact that Tsujimoto’s name corresponds with his trademark as “irrelevant”. (TA)

ICC commissions working group to “nip in bud” counterfeiting in Nigeria – The International Chamber of Commerce (ICC) has commissioned a working group to, as Independent.ng describes, “nip in the bud the spate of piracy and counterfeiting in Nigeria”. The delegation draws on experience from Europe, Africa and Asia to find new strategies to combat a sharp spike in fakes being traded in Nigeria in recent years. (TJL)

Prosecco concerns continue as thousands of illegal bottles seized in the UK – Several thousands of bottles of Eastern European ‘prosecco’ have been seized in the United Kingdom city of Coventry, further highlighting the problems faced by authentic producers of the Italian sparkling wine. The bottles are said by the UK Food Standards Agency to originate from Moldova, rather than the region around Venice and Trieste from which the wine originates, and which enjoys protected geographical indication (GI) status for the product within the European Union, according to Securing Industry. The sale of prosecco from outside the region seems to be a large-scale problem; a recent report by the Central Inspectorate of Quality Protection and Fraud (part of the Italian Ministry of Agriculture) claimed that there had been 749 cases of prosecco fraud in the three and a half years leading up to the end of 2017, which is the highest number for any product monitored in its study; it also found that such items had been sold in large numbers on online platforms, such as Amazon and eBay. (AH)

World Cup stock shortages leave open net for counterfeiters – Shortages of Nigeria’s jazzy and highly-popular football jersey is thought to have created a big opportunity for counterfeiters who have moved in to fill the gap ahead of the World Cup, it has been reported. Stock made by the official producer of the kit, Nike, ran out in just a couple of days after going on sale on 1 June, which saw long queues outside shops in Nigeria and the United Kingdom. The shortage is thought to have been caused by pent-up demand resulting from a decision to launch the kit later than usual – a choice intended to reduce counterfeiting, but which now seems to have created a perfect opportunity for purveyors of fakes. (AH)

First trademark guidance office opens in Huangpu District – A new trademark centre has opened shop in Shanghai’s Huangpu District this week, according to SHINE. The centre allows brands to register their trademarks worldwide, and at least 10 well-known local brands – including jewellery brand Lao Feng Xiang, wool producer Heng Yuan Xiang and state-owned hotel group Jinjiang International – have already made use of its services. Previously, interested parties were required to apply for a trademark at the State Administration for Industry and Commerce in Beijing before subsequently applying through the Madrid system. Zhang Shaohui, deputy director with the district’s market supervision and management bureau, stated that companies and individuals from other areas outside Shanghai could also register their trademarks at the new centre. Moreover, the centre offers consultancy services and branding guidance to assist with international brand expansion. (TA)

Kenya Revenue Authority destroys millions worth of fake alcohol – Tuko reports that the Kenya Revenue Authority (KRA) has seized and destroyed KSh 1.2 million worth of fake alcohol. Among the items destroyed were hundreds of cartons with alcohol branded as Heineken, Guiness and Smirnoff. In a separate operation on the same day, 178 bottles of Turborg were seized outside a resort in a truck. The driver was apprehended and arrested. The commissioner for intelligence and strategic operations at KRA said in a statement: “Our objective is not only to protect legitimate products from unfair competition posed by counterfeit products, but also to protect Kenyans from substandard and potentially harmful products.” (TA)

MarkMonitor launches new “post-GDPR brand protection solution” – IP services giant MarkMonitor has announced a product in the wake of WHOIS data limitations caused by the enforcement of the General Data Protection Regulation (GDPR). The tool is described as a “new technological solution that is set to simplify how brands protect themselves online”, and promises clients of MarkMonitor the ability to maintain their online enforcement through the “automated provisioning of data from third-party sources” – a move required due to the severely limited post-GDPR access to WHOIS data. “With the GDPR now in force, brands are limited in how they tackle threats against their online protection,” commented Chris Veator, president of MarkMonitor, in a press release. “With no WHOIS registrant information to draw from, many will have to manually scramble around the Internet searching for any information that could help them in their efforts. [Therefore]. MarkMonitor has made major investments to protect our customers’ brand protection programmes and support them in a post-GDPR environment. We have developed new technologies to scan the internet for data related to an infringing site. We also use our vast source of historical information and have added a significant number of services staff to complement this.” While the post-GDPR environment is no doubt causing headaches for brand protection firms – indeed, we wrote about just that last week – it seems IP services companies are already finding solutions to overcome such hurdles. (TJL)

Bayer ditches Monsanto brand name – After the $63 billion acquisition of Monsanto last week, pharmaceutical giant Bayer has confirmed that it will be retiring the over-century old ‘Monsanto’ brand name. “Bayer will remain the company name – Monsanto will no longer be a company name,” it was announced in a statement. “The acquired products will retain their brand names and become part of the Bayer portfolio.” As pointed out by numerous media outlets, including The Guardian, the Monsanto name has long been associated with the creation of genetically modified crops and has been a controversial brand name for many years (in 2014, it was voted the third most hated company in the world; the year before that there was a global 'March Against Monsanto' which attracted "hundreds of thousands" of protesters). As we’ve written before on World Trademark Review, the reviving of brands and rebrands are common occurrences – and the retiring of major brands is a relative rarity in comparison. On the face of it, it is an attempt by Bayer to distance itself from the controversy associated with the ‘Monsanto’ name while also retaining its valuable product (and IP) portfolio. But that strategy has risk: as Slashdot noted, “now Bayer will be the name that attracts all the hate for Monsanto's portfolio of products.” (TJL)

New free-to-view anti-counterfeiting guide – The 2018 edition of Anti-counterfeiting – A Global Guide, which provides trademark and brand protection professionals with critical guidance on anti-counterfeiting laws, procedures and strategies in key jurisdictions around the world, is now available to view online. T,his indispensable publication analyses the anti-counterfeiting frameworks in place in 21 jurisdictions, with two regional chapters identifying wider trends and best practices in the European Union and the Western Balkans. In addition, an industry insight section offers guidance on the creation of global anti-counterfeiting programmes, analysis of the liability of physical intermediaries and an exploration of best practice in working with online platform operators. There is also tailored strategic advice for those operating in the fashion and luxury sector. You an access the guide here. 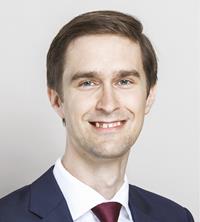