Every Tuesday and Friday, World Trademark Review presents a round-up of news, developments and insights from across the trademark sphere. In our latest edition, we look at the Philippines government pledging to crackdown on counterfeit goods, Scotch Whisky legal dispute figures, the BARCELONA collective mark being rejected, and a national IP office’s anti-fakes video featuring a naked man atop a tortoise. Coverage this time from Trevor Little (TL), Tim Lince (TJL), Adam Houldsworth (AH) and Timothy Au (TA).

Philippines pledges counterfeit crackdown, cites INTA report – A national organisation in the Philippines has vowed to address the country’s reputation as being a “dumping ground for fake products”. The National Committee on Intellectual Property Right is an inter-agency body, with the IP Office of the Philippines (IPOPHL) and the Department of Trade and Industry as leading members. The director-general of the IPOPHL told Malaya at the weekend that the issue of fake goods being sold in the country is “taken as a serious matter by all agencies”, but admitted more could be done. The office cited a 2017 study by the International Trademark Association (INTA) on the economic contribution of trademark-intensive industries in Asian countries including the Philippines. It found that the “direct contribution of trademark- intensive industries in the Philippines was estimated at a little over 17% of GDP” – one of the lowest of countries monitored. According to Teodoro Pascua, the IPOPHL’s deputy director-general, there must be a focus on “hubs of piracy” which are “known tourist spots thus perpetuating a reputation of the Philippines as a dumping ground for counterfeit goods”, adding: “Through a resolution agreed on by NCIPR agencies in March, there will be regular inspections of these hubs, with the end goal of making physical marketplaces intellectual-property compliant.” The news is positive for rights holders with issues in the country – and a reminder on the tangible impact of research carried out (or commissioned by) INTA. (TJL)

Make Illinois Great Again…or not – The University of Illinois is suing an individual selling T-shirts featuring the phrase “Make Illinois Great Again” on the back and an image of Chief Illiniwek, the university’s former (and controversial) mascot, on the front. The university, which has previously been criticised for failing to take enough action to remove Chief-related merchandise and imagery, has filed trademark and copyright suits against the individual, stating: “We vigorously defend all of our trademarks, whether it be the Chief, the word Illinois, U of I, the Block I, the column I or anything else that would infringe on our marks or confuse consumers.” However, the T-shirt seller, Ted O’Malley, an alumnus of the university, is refusing to back down, with O’Malley’s attorney claiming that the higher education institution is “a state actor…trying to stifle First Amendment rights”. (TA)

BARCELONA collective mark’s rejection confirmed – Teresa Gonzalez, a lawyer in the trademark and legal services department of Ponti, has provided an update on the Spanish Supreme Court’s confirmation of a collective mark for BARCELONA, applied for by the City Council of Barcelona in 45 classes. She reports that the court confirmed that “there is nothing preventing an entity governed by public law from being the titleholder of a collective mark, or preventing that collective mark from being a geographical indication, provided the requested mark has sufficient individual strength to enable the corporate origin of the designated goods or services to be determined, in order to prevent any error or confusion regarding the nature or meaning of the mark and to ensure market competition is not jeopardised.” However, the court also noted that “the essential function of collective trademarks requested by legal persons governed by public law is to allow consumers in general to identify public individuals that take part in the implementation of measures designed to stimulate or foster and develop local, registration or state economic growth, either generally or in a sector-specific manner, or also, to recognise the goods and services offered by public institutions and entities”. In this instance, the she notes, that was not the case in this instance: “In short, the court considers the collective mark " to be subject to the application of the prohibition of article 5.1. b) of the Trademark Act and cannot be registered as it lacks distinctiveness, since it does not include any distinctive or individualising elements that enables the relevant public to distinguish the marked goods and services as belonging to a specific undertaking or the corporate origin of such goods and services from goods belonging to other public enterprises or entities.” (TL)

‘Symbolic’ $60 million victory for Ferragamo against counterfeiters – A US court has awarded $60 million to fashion brand Salvatore Ferragamo, which had sued a number of websites selling fake versions of its products. Though the award is impressively large, the outcome is described by Securing Industry as “largely symbolic”, because the owners of the roughly 150 domain names cited in the case are unlikely to be tracked down; although the luxury clothing company claimed it could access some of the compensation through PayPal accounts associated with the offending websites. Similarly large damages have been awarded to other design houses, such as Gucci America and Alexander Wang in recent years. (AH)

Scotch Whisky reveals legal figures – The Scotch White Association (SWA), the organisation tasked with protecting the rights of Scotch whisky producers, has revealed that it is involved in 60 ongoing legal battles against counterfeiters. As reported by The Times, this is the first time in the organisation’s century-long history that it has revealed the scale of its battle to tackle fake goods. Kenny Gray, senior legal counsel at the SWA, told the newspaper that it is currently investigating hundreds of reports, with issues in Russia and Ukraine being areas of rising issues. “It’s a full-time job but that’s an indication of how successful the Scotch whisky brand is,” he noted. “Every fake bottle of Scotch sold in the market is a sale of genuine Scotch lost, and organised criminal enterprises will attempt to secure the market rate. For example, in Russia we saw a threefold increase in trademark activity from 2015-16 but generally static figures in more mature markets such as France and South Africa.” The figures come during a time of upheaval for the SWA, with Brexit negotiations and future trade agreements in the UK possibly affecting the geographical indications that are so important for Scotch whisky protection. Indeed, the organisation’s director of legal affairs, Alan Park, penned a blog recently about how it is preparing for Brexit – stating that Scotch whisky “has been defined in UK law since 1933” and “Brexit is not going to change that”, although he admitted that the protection in some bilateral agreements between the EU and third-party countries could impact enforcement measures. (TJL)

Icelandic chant causes trademark outcry – Hugleikur Dagsson, a well-known Icelandic cartoonist, has been barred from printing and selling T-shirts featuring the word "Hú", a famous Icelandic chant, because the word has already been registered as a trademark, reports Iceland Monitor. Accompanied by a ‘Viking clap’, the chant became famous during the UEFA championship finals where Iceland reached the quarter-finals. When it was revealed that a 2016 trademark on the word "Húh" also applied to the spelling "Hú", Dagsson was told to either stop printing the T-shirts or to pay a royalty to the trademark owner. This has failed to put Dagsson off though, with the cartoonist calling the rights holder “a Grinch” and stating he intends to continue selling the T-shirts while giving half of the profits to the Icelandic Cancer Society. This wouldn’t be the first time the trademark registration of a famous chant has caused a furore; earlier this month, Football Federation Australia’s attempt to trademark a famous football chant led to a significant backlash from fans. (TA)

UKIPO commend Latvian IP Office anti-fake video – The deputy director of IP enforcement at the UK Intellectual Property Office (UKIPO), Matt Cope, has publicly praised the Latvian IP Office’s recent video spreading awareness about fake goods. The video, which features the ill-intended consequences of bad quality fake clothing, was originally shared by the Latvian registry last November. It is part of the office’s “Counterfeit Reality” campaign, and reaction to the humourous video has been positive since it was released. For those watching it, don’t miss the statue of the naked man atop a tortoise in the background… (TJL)

Unique opportunities to protect univerity brands in Canada, argues law firm - A blog written by Cynthia Rowden and Meghan Dillon of Bereskin & Parr, highlights the special provisions made under Canada’s Trademark Act for the protection of brands by universities. Unlike in the US, where degree-granting institutions regularly find themselves in trademark registration disputes, Canada allows, they point out, universities and other specified public bodies to acquire broad and cost-efficient brand protection without the need to have marks examined by the IP office “for technical or confusion grounds, opposition and renewal”. The relevant section of the Trademark Act also prevents third parties from registering any badge, crest, emblem or mark that closely resembles that of any university, domestic or foreign. With north American sports licensing being so lucrative, the authors suggest, these provisions could prove a valuable tool for protecting university sports brands. (AH)

Critical commercial intelligence for franchising professionals – As part our continued commitment to ensuring that the latest strategic trademark intelligence is delivered to subscribers faster, over the past week we have published an eight part series outlining the legal framework for the enforcement and termination of franchise agreements in key jurisdictions across Asia and South America. Authored by Baker McKenzie’s global IP team, the series provides an easy to navigate overview of the key commercial and legal requirements in Argentina, Chile, Indonesia, Mexico, Peru, Singapore and Malaysia, Thailand, and The Philippines. (TL) 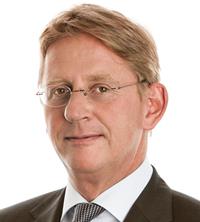