Avoiding UDRP misuse – from the misinformed to the malicious

By Micah Ogilvie and Caroline Valle

Domain names have become valuable resources and the need to balance the interests of domain owners alongside those of trademark rights holders has been the subject of much debate in the domain name system.

The WIPO Final Report (published on 30 April 1999) sought to address the disconnect between domain names and IP rights. The report recommended the adoption of a mandatory administrative procedure that would aim to address the time, expense and multi-jurisdictional challenges of litigating domain names around the world. The scope of the procedure would be limited to cases of abusive registration and would be unavailable for legitimate disputes between competing rights holders.

Twenty years on from its implementation in October 1999, the UDRP has been the enforcement tool of choice for resolving domain name disputes. However, one statistic which continues to undermine the integrity of the UDRP system is the number of instances where complainants are found guilty of misusing the policy – otherwise known as reverse domain name hijacking (RDNH).

What accounts for the increase in abusive complaints, despite an improved understanding of the UDRP? Is RDNH simply the result of poor judgement, a calculated risk or something more malicious?

Under the UDRP, there is a distinction between the inept and the malicious filer. Even those with some experience of the procedure fail to fully grasp the requirements of the UDRP.

The three limbs are further divided into six considerations:

Despite such separate questions, the elements must be read as a whole; in other words, a complainant must prove that the domain name was registered and used with the primary purpose of taking unfair advantage of its established rights:

There are many reasons why a complainant may fail, including a lack of understanding of these essential elements, insufficient evidence or weak arguments. In such cases, the complainant would not achieve the desired result, but ignorance is rarely rewarded with a finding of RDNH. Where complainants fail to meet the evidentiary demands of the policy, the following question must be considered: what takes a woefully deficient complaint into the realms of abuse?

RDNH was designed to address “situations where a trademark holder, relying on its trademark registrations, seeks to interfere with the rights of a domain name holder who obtained the domain name under legitimate circumstances and does not use it in a way that would justify a claim of trademark infringement or dilution” (WIPO Final Report, Paragraph 323). This implies more than a misjudgement on the part of the complainant, but rather a malicious attempt to draw a registrant into a fight that it had no business being involved in.

The behaviour ranges from inconvenience to harassment, both resulting in unnecessary financial loss for the registrant. Nevertheless, the broad discretion afforded to panels and the diverse decisions finding (or not finding) RDNH, suggests that when misuse is present, complainant abuse is determined on a sliding scale rather than a balancing act. The more egregious the act, the less justification for the complainant’s conduct.

Scale of abuse: lack of appreciation

At the lower end of the spectrum, complaining parties are often found guilty of RDNH due to a lack of appreciation of their burden of proof.

In LaFrance Corp v David Zhang (WIPO D2009-0415), the complainant failed to provide evidence that the respondent had selected the domain name at issue to take advantage of the complainant’s LAFRANCE mark. In addition, the complainant was found to have initiated a UDRP proceeding because they previously lost an auction bid that they had placed for the domain name. Due to the proximity of the bid and the UDRP filing, the panel held that there were grounds for a finding of abuse by the complainant. However, the panellist declined to find the complainant guilty of RDNH, stating that “had Complainant been represented by counsel the Panel would not have hesitated to make an RDNH finding”.

This case illustrates how panellists may treat complainants differently depending on whether they have been assisted by counsel. When a complainant is represented by counsel, misuse or lack of appreciation of the policy is more severely penalised, and a finding of RDNH is more likely to be found. For example, in Pet Life LLC v Robert Riess/Blue Streak Marketing LLC (NAF 1810870), the complainant failed to prove that the domain name was registered or used in bad faith, as the complainant’s PET LIFE trademark registration and first use in commerce post-dated the registration of the domain name by several years. The panel held that the complainant, who was represented by “competent counsel”, knew or “should have known” at the time that it filed the complaint that it would be unable to prove each of the three elements.

The Pet Life decision remains one of many decisions where counsel have failed to establish the three conjunctive requirements, specifically failing to establish trademark rights before a domain registration. Panellists are more likely to give the benefit of the doubt to complainants without counsel, whereas complainants assisted by counsel are held to a higher standard when filing cases with no merits.

Scale of abuse: UDRP as Plan B

While a lack of appreciation accounts for a significant number of RDNH decisions, more notable cases of abuse occur when complainants file cases after failing to secure the domain name through acquisition. The dispute between News Group Newspapers Limited of London v Blue Nova Inc (WIPO D2019-0084) illustrates this area of abuse.

The subject of the dispute was the domain name ‘thesun.com’, registered on 4 May 2001. Before the dispute, the complainant (publisher of the British tabloid newspaper The Sun), anonymously approached the registrant, Blue Nova, to purchase the domain name for $300,000. After Blue Nova rejected the offer, the complainant made a new offer for $600,000, which was again rejected by Blue Nova, stating it would not consider offers below $2.5 million. Despite News Group doubling its initial offer, it was unwilling to meet Blue Nova’s asking price. Undeterred by the setback, the complainant filed a UDRP complaint, alleging the domain name was being held for ransom and carried a future risk to its brand.

On 10 April 2019 the panel rejected News Group’s arguments and called out its conduct for what it was: “an attempt to wrest the disputed domain name from the Respondent’s control after failed negotiations with the Respondent to acquire the domain name for a reasonable market price.”

While some may see this attempt as a calculated risk, filing such cases often requires complainants to make misleading allegations against a legitimate domain owner or to make the false claim that there were no prior communications between the parties. Such action not only carries the risk of being disclosed by the respondent’s evidence but can also severely damage the complainant’s credibility.

At the end of the abuse spectrum, complainants are found guilty of RDNH due to improper behaviour towards the registrant.

In the case of Nucell LLC v Guillaume Pousaz (CAC 101013), while the complainant could not fulfil any of the three elements, it was found to have harassed the domain owner for four years before the UDRP filing. What makes the case even more egregious is that the respondent warned the complainant that they were at significant risk of being found guilty of RDNH if they were to pursue their case. Despite the warning, the complainant pushed forward with a UDRP.

The panel found RDNH to be justified, highlighting “the history of four years of harassment by Complainant of Respondent to force it to hand over the domain name”. The panel emphasised that this was not a borderline case; unlike at the lower end of the scale where panellists may be reluctant to make a finding of RDNH, this was a clear misuse of the policy.

Although harassment is one of the most severe forms of abuse, the complainant in CEAT Limited v Cykon Technology Limited (WIPO D2018-2239) attempted to mislead the panel into believing information that was untrue. The complainant (represented by the counsel previously found guilty of RDNH on two separate occasions) was found to have manipulated the pay-per-click links located on the disputed domain name to give the appearance that the website targeted the complainant. Specifically, the panel found that: “the Complainant’s screenshots showing use [of] the disputed domain name in connection with the Complainant’s trademark submitted in Annex 2 to the Complaint have been clearly fabricated in an attempt to create evidence of the Respondent’s bad faith.”

From lack of appreciation to fabricated evidence, the reasons for abusing the UDRP are varied. Despite having access to clear policy precedent, some complainants, with the support of willing counsel, will continue to try and mislead, exaggerate and lie to recover domain names that they are not entitled to – unfortunately, this is simply the result of a quick and inexpensive procedure.

Misuse not only undermines the UDRP, but registrants begin to lose confidence in its ability to serve as a competent arbiter in domain disputes. In such cases, a complainant may well be surprised to find that a registrant opts out of the UDRP process and instead moves to file an action through the courts.

SDT International SA-NV v Telepathy Inc (WIPO D2014-1870) began as a UDRP complaint. But rather than await the outcome of the decision, the respondent launched court proceedings seeking declaratory judgment under the Anti-cybersquatting Consumer Protection Act. Telepathy’s firm stance ultimately led to SDT submitting to a consent judgment and permanent injunction. What began as a relatively quick and inexpensive route for the complainant soon escalated into a judgment in favour of the registrant amounting to $50,000.

The SDT case should serve as a warning to complainants who view the filing of a meritless case as low-risk/high-reward. Such a view is not only short-sighted but can result in serious legal, reputational and financial ramifications for complainants.

Role of counsel and consensus

When a complainant is assisted by counsel, they are responsible for how the case is presented. When a finding of RDNH is delivered, this not only impacts on the complainant’s brand reputation but it may also damage the credibility of the representative. What should counsel do to avoid a finding of RDNH?

Clearly, the role of counsel is key in reducing the number of abusive complaints under the UDRP, but beyond this, finding consensus on contentious issues is fundamental in securing the reliability and predictability found in domain disputes. Before the launch of Version 3.0 of the WIPO Overview of WIPO Panel Views on Selected UDRP Questions in 2017, a small number of cases sought to broaden the position of bad faith to cover domains registered in good faith and subsequently used in bad faith based on a reading of UDRP Paragraph 2. Such disunity of opinion among decision makers caused emboldened trademark owners to try their luck in the hope of finding a favourable panellist, leading to an increase in RDNH findings.

Although RDNH is a small fraction of the entire number of cases, the impact it has on the UDRP as an unbiased procedure cannot be ignored. Panellists have the weighty responsibility of being consistent with their decisions and should call out flagrant abuse of policy where appropriate.

Many who respect the UDRP’s limitations are of the opinion that the UDRP does not need a drastic overhaul. The policy is a living procedure and any substantial changes in one area could collapse the foundation of consensus upon which the UDRP is built.

The UDRP can adequately protect the interests of all parties, but this depends solely on its proper use. We are all responsible for preserving the integrity of the UDRP. 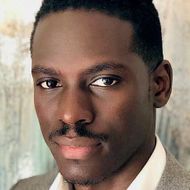 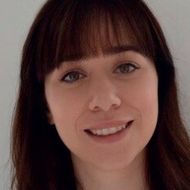