Every Tuesday and Friday, World Trademark Review presents a round-up of news, developments and insights from across the trademark sphere. In our latest edition, we look the end of a heated legal dispute over an Icelandic chant, fears increase of future WHOIS access, Major League Soccer confirms it won’t trademark the name of a Los Angeles team rivalry, and the Australian government has published a draft version of an IP law amendment bill. Coverage this time from Trevor Little (TL), Tim Lince (TJL), Adam Houldsworth (AH) and Timothy Au (TA).

Fears over WHOIS access increase – This week, ICANN wrote to European data protection authorities (DPAs) to request provide specific guidance on its proposed model for WHOIS compliance with the European Union's General Data Protection Regulation (GDPR). The organisation stresses: “Absent this specific guidance, the integrity of the global WHOIS system and the organisation's ability to enforce WHOIS requirements after the GDPR becomes effective will be threatened.” On Wednesday we published guest analysis from the president of ICANN’s Intellectual Property Constituency, who warned that – with ICANN grappling with the implications of the General Data Protection Regulation for access to WHOIS data – we “will likely be subject to an indefinite blackout period where online brand enforcement will be nearly impossible”. It is a concern shared by Jonathan Matkowsky, vice president of intellectual property and brand security at RiskIQ, who stresses: “ICANN must have an enforceable temporary policy in place that ensures access to WHOIS data to the maximum extent allowed by applicable law. Otherwise, registrars are going to excessively mask their data come May. ICANN must be in a position to enforce its agreements with its contracted parties. It is simply unacceptable for critical data elements in WHOIS, critical for the security of the internet, to go dark for several months or even weeks." The GDPR becomes enforceable on May 25. After that date, WHOIS could look very different, unless the trademark community can make its voice heard. (TL)

Mapping marks and domains – Over on Circle ID, Elisa Cooper, SVP of marketing and policy at Brandsight, provides some interesting insights from analysis of USPTO trademark registrations in combination with the results of Reverse WHOIS lookups for top companies across a range of sectors. Internet companies (unsurprisingly) boasted the highest number of domain registrations per trademark (60), while telco companies on average register 20 domains for every one USPTO registration. Auto companies average 12 domains per registration, just behind apparel brands (14). The pharmaceuticals sector was at the bottom end of the scale (with 12 domains per mark). However, one caveat, she notes, is that far more pharmaceutical trademarks are registered than ever come to market – and with such wide gaps between industries, perhaps opportunities arise for brand protection practitioners. (TL)

Fight counterfeits, win a prize – The EUIPO, through the European Observatory on Infringements of Intellectual Property Rights and in partnership with the European Commission, has launched the first ever “EU Blockathon”. Taking place in Brussels from June 22-25, the event aims to bring together the best coders and creative minds to unlock the potential of blockchain and, in turn, co-create an integrated solution to combat counterfeiting. The ten selected teams will compete for a €100,000 prize, and – in the words of the office – “help make the world a safer and better place by giving enforcement authorities the tools to rapidly identify fakes and criminal activity, by helping legitimate companies to protect their business assets and by providing the tools for consumers to make informed, genuine, choices”.  More information can be found at www.Blockathon.eu. (TL)

Philippines president promises tough action against fake medicines – Rodrigo Duterte, president of the Philippines, has ordered the police to seek out and arrest those responsible for the growth of the country’s counterfeit pharmaceuticals market. The call came after the Philippines’ Food and Drug Administration warned of the spread of knock-off paracetamol tablets; and, the president’s chief legal counsel, Salvador Panelo, said that anyone caught manufacturing, distributing or selling counterfeit drugs would be charged with “economic sabotage because those acts undermine not only the economy... but it also threatens the security of the nation because it endangers the health of the people”. The move continues the hard-line that Duterte holds towards illicit drugs, including an ongoing and “deadly” anti-drug campaign – with upwards of 4,000 people across the country being killed in recent years after being accused of using or selling illegal drugs. (AH)

Owner of Icelandic trademark chant backs down – Earlier this week it was reported that a registered trademark for a famous Icelandic chant had caused a backlash, after the trademark owner tried to stop Hugleikur Dagsson, a famous Icelandic cartoonist, from selling T-shirts featuring the chant. It has now been reported that the owner of the "Húh" trademark, Gunnar Þór Andrésson, has released a statement announcing he does not intend to proceed further with his request for Dagsson to cease sales of the T-shirts. In his statement, Andrésson says: “I have been subjected to a great deal of harassment because of this case and received some nasty messages. I have been threatened, I’ve been called all kinds of nasty names, and someone felt it necessary to post my address and phone number.” He also states that he would have preferred Dagsson to have talked to him before going to the media. Although he claims that Dagsson spoke to him “in a demeaning way” in an exchange of messages on Facebook, Andrésson also praised the cartoonist for dedicating part of the T-shirt sales to charity. He ended his statement by announcing his regret at having set this series of events in motion and that he would make no further public statements on the matter. (TA)

MLS confirms name of LA rivalry, confirms no plans for trademark – Representatives at US football administrators Major League Soccer (MLS) have confirmed that the derby match between two teams based in Los Angeles, LA Galaxy and LA FC, will be called “El Tráfico” (a spin on El Clásico, the name for any match between fierce Spanish football rivals FC Barcelona and Real Madrid). In an unusual addition to the announcement, MLS also said that “fans came up with the name and the League has no plans to trademark it”. The indication, then, is that the term is “owned by the fans” and will not be commercialised by the league. It may be a response to famous football derby words that are also registered trademarks – for example, the Scottish football derby, The Old Firm, is a trademark owned by both teams involved, Celtic and Rangers. (TJL)

Proposed Australian trademark amendments published – The Australian government has published a draft version of the Intellectual Property Laws Amendment Bill, which seeks to reform the country’s IP system in accordance with recommendations made by an Australian Government Productivity Commission report. The proposed legislation contains a number of recommendations relating to trademarks, including the shortening of the non-use grace period from five to three years, and the changes to make clear that parallel importation of goods marked by a rights owner does not constitute trademark infringement. It is thought the bill will be put before the Australian parliament in May or June this year, while an additional set of proposed amendments to the IP system is also expected later in 2018. (AH)

Pakistan IP infringement dispute could boost confidence of investors – The right outcome from a Pakistani lawsuit over online IP rights could help attract more international investment in the country, an IT trade organisation has said. The dispute in question is between e-commerce platform OLX and PakWheels, the country’s biggest car sales website; PakWheels is accused of using the OLX logo, and copying its classified advertisements, thereby infringing trademark and copyright laws. It is hoped that the case will help to interpret the country’s relatively new internet and IP laws, sending a clear message to potential infringers and foreign investors; “it would be the first time a judicial forum would driving home that principle”, said Furkan Ali, a local lawyer not involved in the dispute. Shehryar Hydri, secretary general of IT trade body, Pakistan Software Houses Association, commented: “It’s not going to open the floodgates of investment overnight, but it’s going to become a benchmark other companies can use”. (AH)

Forever 21 in trademark scuffle with charity – Peach’s Neet Feet, a not-for-profit organisation, has claimed that fashion retail chain Forever 21 is using its trademarked logo for ‘Hustle Kindness’ on T-shirts without its permission. Madison Steiner, the owner of the non-profit, started the organisation to help children with health issues and began producing a line of clothing with the phrase in question. After discovering the logo was being used on products by Forever 21, Steiner reached out to the company but did not hear back. It has since been reported that Steiner and Forever 21’s legal teams are in talks to resolve the issue. (TA)

Cooley hires Graham – International law firm Cooley has announced that TJ Graham is to join its Palo Alto office as a partner in the firm’s technology transactions group. Joining from Wilson Sonsini Goodrich & Rosati, Graham’s client base focuses on businesses in the technology, software, consumer products and digital media space. He has particularly deep experience on intellectual property matters across a multitude of strategic mergers, acquisitions and corporate divestitures. Speaking about the hire, Cooley’s technology transactions group lead, Keith Berets, commented: “TJ is a skilled and highly regarded practitioner whose extensive experience in a range of technology transactions spanning many industries will prove an invaluable asset to our clients. The demand for complex technology transactions work has been on the rise, and TJ’s talent will be a significant addition to our growing practice.” (TJL) 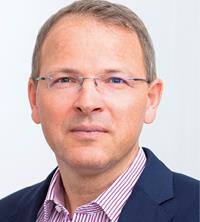