Brand Finance has released its latest Global Intangible Finance Tracker (GIFT) report, with Amazon.com overtaking Microsoft as the company boasting the highest level of intangible value. Technology companies dominate the top 10, but the picture is different when only disclosed intangible value is considered – prompting a call for a new approach to financial reporting.

In terms of headline findings, the report found that:

Turning to the companies possessing the greatest total intangible value (disclosed and undisclosed), Amazon.com topped the list – leapfrogging Apple and Microsoft. In this regard, the pattern mirrors the previously published Most Valuable Brands list, in which the tech giant overtook Apple and Google to secure top spot.

The top 20 companies by intangible value are as follows:

In some respects, that many of the world’s most valuable brands possess the greatest intangible value is not a surprise. After all, the sectors possessing high levels of patents, technology and marketing intellectual property are invariably those with a larger proportion of intangible assets within their overall enterprise value – with marketing IP including trademarks, service marks, trade dress and domain names. For instance, the report notes that the cosmetics & personal care sector, “which is dependent to a large degree on brand recognition and the need to continually roll-out new marketing and advertising”, has the highest percentage of its enterprise value attributable to intangibles (90%). As a result, the leading companies within the sector have extremely high levels of intangibles, notably Procter & Gamble (97%), Unilever (96%) and L’Oréal (88%).

The top 10 industry sectors in terms of total intangible value are:

This contrast is striking. Ultimately, though, 76% of the world’s intangible value is absent from balance sheets due to current accounting practices, as current financial reporting rules allow intangible asset disclosure only during M&A activity. As David Haigh, CEO of Brand Finance, notes, this leads to a situation where, for example, the value residing in Smirnoff appears in Diageo’s balance sheet, but Baileys’ does not. As a result, he is calling for a new approach to financial reporting, specifically one whereby board members should be required to disclose – on an annual basis – their opinion of the fair value of the underlying values of all key intangible assets under their control. He argues: “If we could achieve a more meaningful reporting approach we believe that it would lead to better informed management, higher investment in innovation and intangible asset value creation, stronger balance sheets, better defence against asset strippers and generally serve the needs of all stakeholders. In our opinion it is time for CEOs, CFOs and CMOs to start a long overdue reporting revolution.”

Such an exercise would also prove beneficial for the teams tasked with calculating licensing premiums. Importantly, it would also prove a useful tool for trademark teams in their efforts to highlight the true value of the brands that their work helps build, protect and exploit. If senior management was required to place a value on their brands, those efforts for recognition (and resourcing) would become a lot easier. 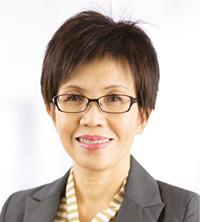